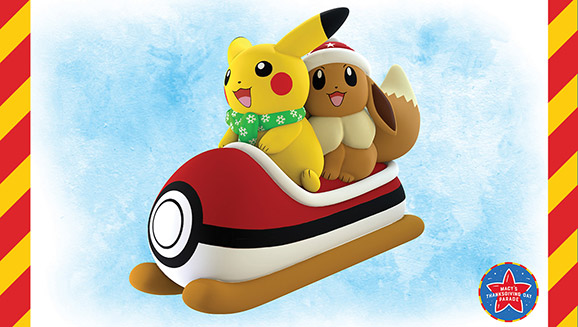 This year, Eevee will soar alongside Pikachu through the Manhattan skies in the iconic holiday parade.

Pikachu will electrify fans for the 21st consecutive year at the upcoming 95th march of the Macy’s Thanksgiving Day Parade®. And for the first time in Pokémon history, Pikachu will have a companion on its epic journey through the streets and skies of Manhattan. The Normal-type Pokémon Eevee, known for its many evolved forms and adorable appearance, will join Pikachu on a festive mission to delight fans and celebrate Thanksgiving.

Fans across the United States can watch the 95th Macy’s Thanksgiving Day Parade on November 25 on NBC starting at 9 a.m. in all time zones. Be sure to check your local TV listings so that you don’t miss Eevee’s debut.