Mewtwo-GX and others leap from the silver screen to the Pokémon Trading Card Game in these exciting cards.

We recently highlighted a few of the new Pokémon TCG cards inspired by the upcoming POKÉMON Detective Pikachu live-action feature film. Now, we're looking at more of the cards from this special collection that feature these big-screen Pokémon stars as they appear in the movie. See a few standout cards below, and don't miss even more of these collectible cards in the above photo gallery. 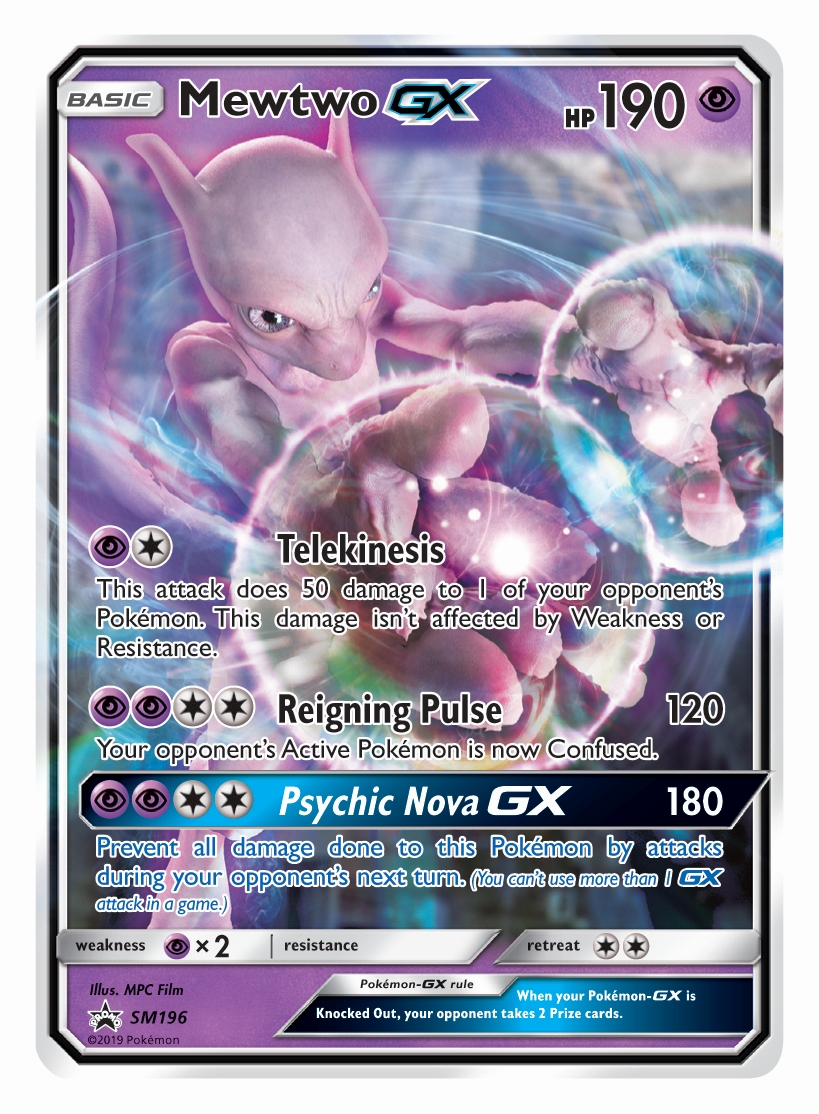 The Legendary Psychic-type Pokémon Mewtwo makes a surprise appearance as Mewtwo-GX. Alongside a pair of regular attacks, Mewtwo-GX can unleash the Psychic Nova-GX attack, which does a considerable 180 damage while also protecting Mewtwo-GX from all attack damage during your opponent's next turn. You'll find this awesome card in the Pokémon TCG: Detective Pikachu Mewtwo-GX Case File. 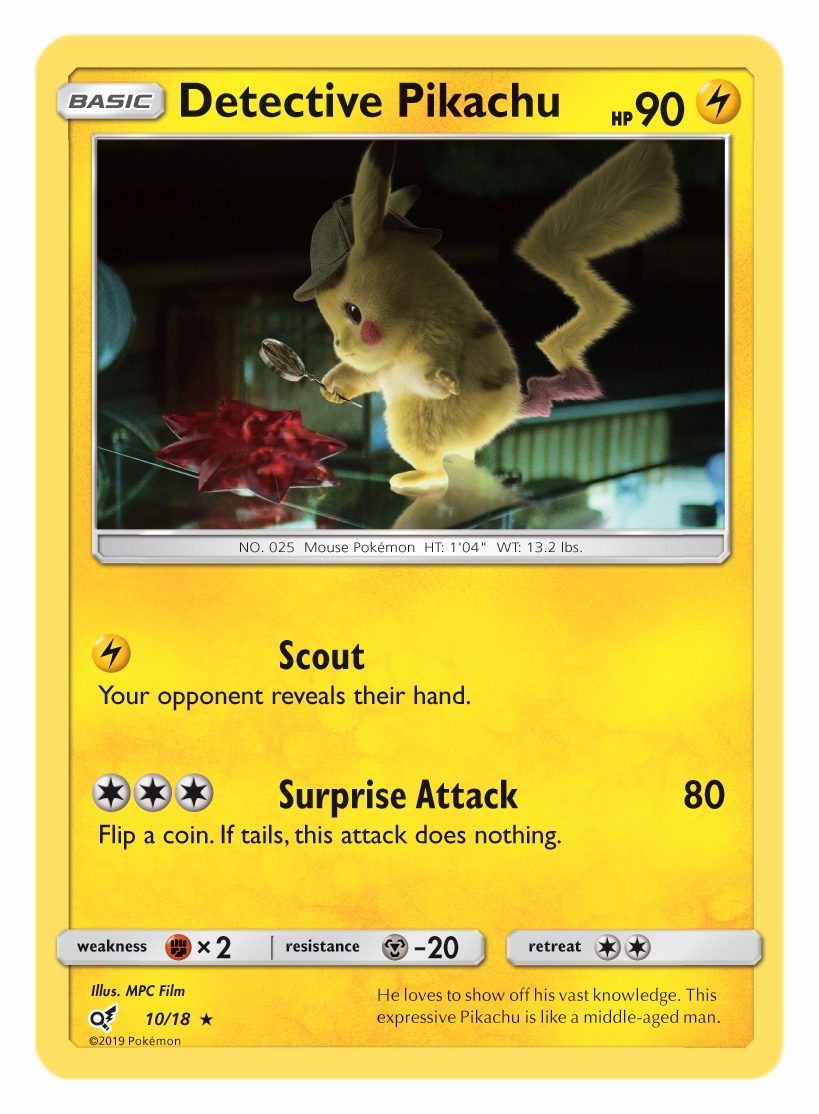 Of course, the Pokémon TCG: Detective Pikachu line wouldn't be complete without a card dedicated to the star of the film! The furry detective looks adorable as he investigates his surroundings with his tiny magnifying glass. That handy tool probably helps with the Scout attack, which makes the opponent reveal their hand. 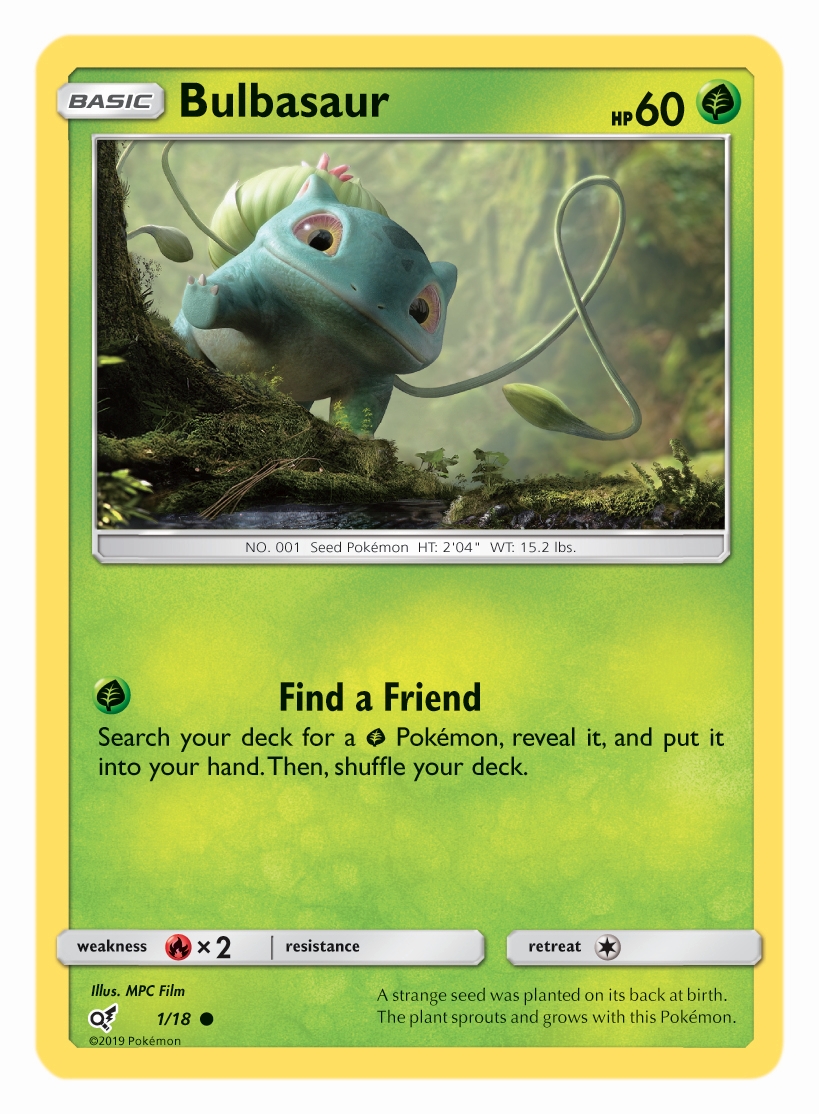 Check out that wide smile on Bulbasaur's face! How can you not feel immediately cheered up looking at this happy little Pokémon? Although Bulbasaur isn't an effective fighter on its own, its Find a Friend attack allows the player to pull another Grass-type Pokémon from their deck into their hand. It's a good way to quickly get a heavy hitter into action! 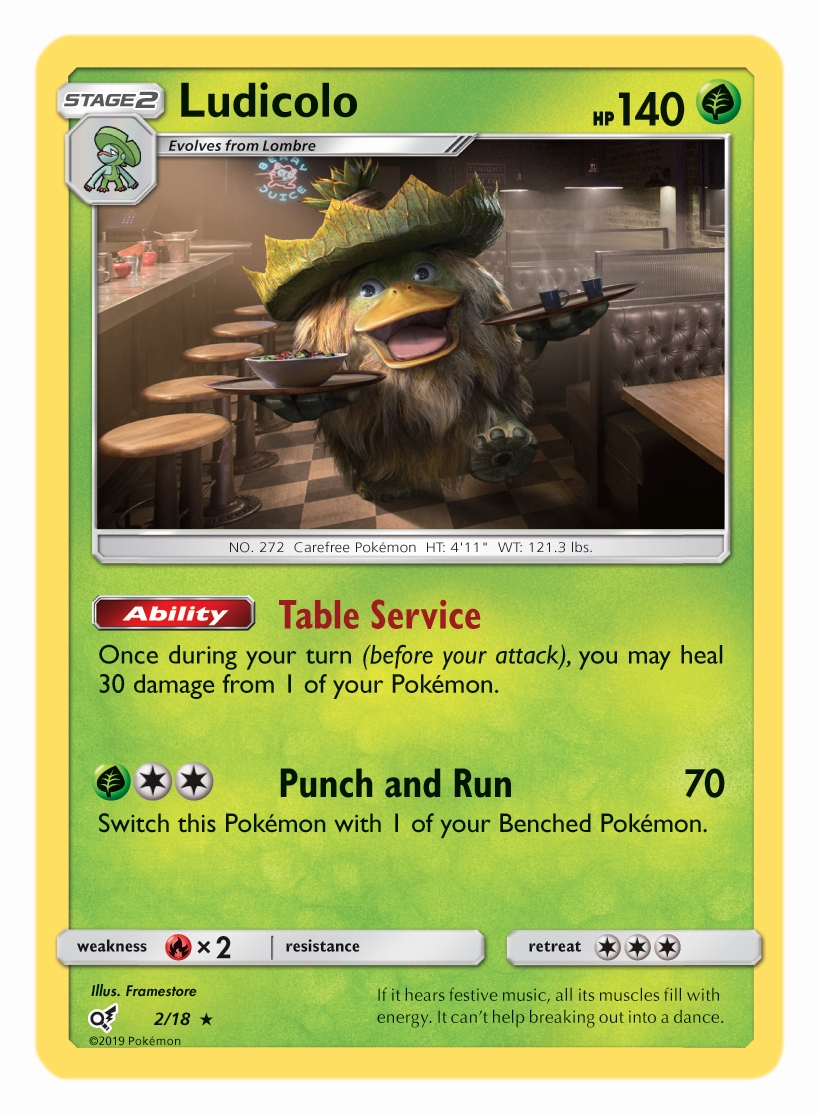 Ludicolo is another cheery-looking Pokémon—and we imagine that its Table Service Ability, which lets you heal 30 damage from 1 of your Pokémon every turn, would make your other Pokémon pretty cheery as well. Its Punch and Run attack is also a fine way to switch it out for a Benched Pokémon while causing a bit of damage to your opponent. 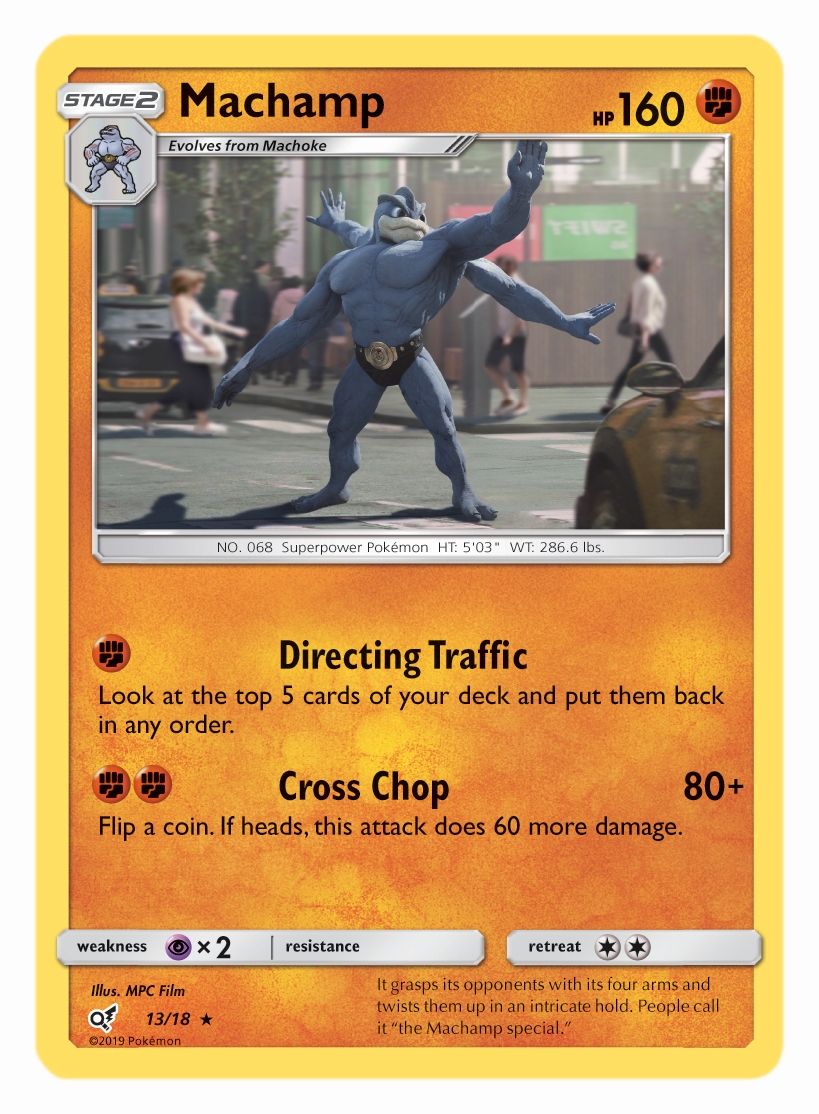 Machamp is the perfect traffic coordinator, using its four arms to signal in all directions at a busy intersection—and its intimidating physique to make grumpy drivers reconsider any objection! This burly Pokémon's Directing Traffic attack gives you a peek at the top five cards of your deck and allows you to put them back in any order. Not a bad way to prepare for upcoming attacks.

You'll be able to add these and other Pokémon TCG: Detective Pikachu cards to your collection soon. Remember, booster packs for this special set will not be sold separately, so look for them in special collections starting April 5, 2019, in the Pokémon Center and where Pokémon TCG products are sold. 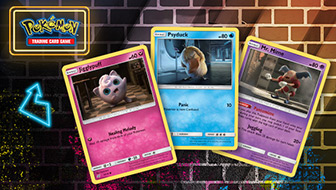 We reveal some of the new Pokémon Trading Card Game cards that feature Pokémon as seen in the upcoming POKÉMON Detective Pikachu film.