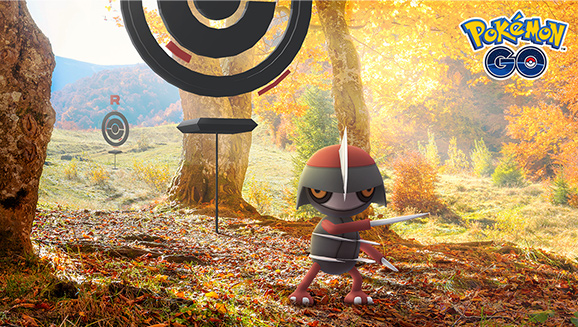 Team GO Rocket is working with Poison-type and Dark-type Pokémon during this Egg-filled event.

During this time, you can find a new kind of Pokémon Egg—called Strange Eggs—for the first time in Pokémon GO. Strange Eggs hatch Poison- or Dark-type Pokémon as well as Pokémon that acquire either of those types through Evolution, including Larvitar, Scraggy, Trubbish, Vullaby, and others. You can find a Strange Egg by defeating a Team GO Rocket Leader and hatch that Egg by walking 12 kilometers. Strange Eggs will be available in Pokémon GO after the event ends, so don't worry if you can't get your hands on one before it's over!

Poison- or Dark-type Pokémon like Spinarak, Houndour, Poochyena, Gulpin, Stunky, Purrloin, and others will be appearing more frequently in the wild during the event. And be sure to take a snapshot for a surprise!

You'll also be able to gain access to a new Special Research story called An Inter-eggs-ting Development! Completing this Special Research will lead to a confrontation against Giovanni himself. Defeat him in battle, and you'll have a chance to rescue Shadow Mewtwo.

For those with an eye for fashion, you can attempt to blend in with these villains by heading to the in-game shop, where you'll find new Team GO Rocket Leader–themed avatar items.

Get out there and defeat Team GO Rocket, Trainers!