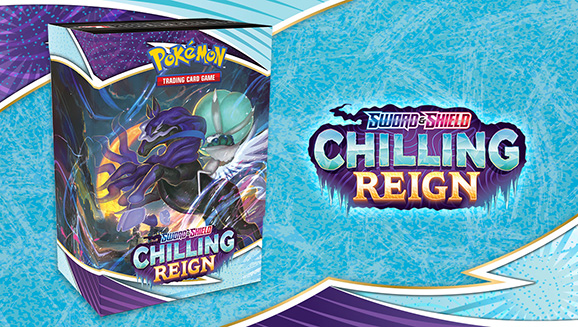 Select retailers will offer this Prerelease set ahead of the new expansion’s June 18 release date.

The new Pokémon TCG: Sword & Shield—Chilling Reign expansion is slated for release on June 18. The good news is you don't have to wait that long to get your hands on them, as select retailers will be selling Sword & Shield—Chilling Reign Build & Battle Boxes starting June 5. It's an exciting opportunity to give the expansion a sneak peek before its official release and even build a playable deck in the fast-paced Prerelease format.

The Prerelease format allows you to construct and compete with a 40-card deck with four Prize cards set aside at the start of play. It's a perfect opportunity to dive into the expansion by playing some quick matches and begin developing strategies ahead of the expansion's release. Each Build & Battle Box includes a 23-card Evolution pack featuring key cards from current and prior sets, including one of four unique foil promo cards. You also get four Pokémon TCG: Sword & Shield—Chilling Reign booster packs and a deck-building tip sheet.

Use the Store Finder to locate a retailer near you to ask about getting your hands on the latest Build & Battle Box. And don't miss the full line of Pokémon TCG: Sword & Shield—Chilling Reign products when the expansion releases on June 18!