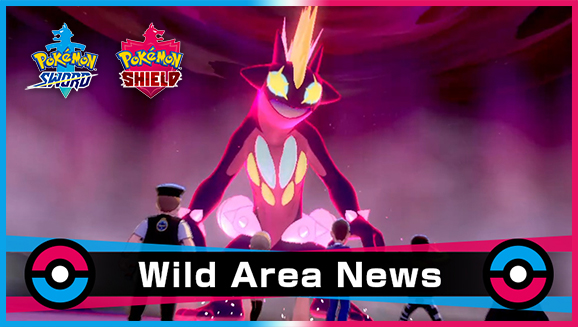 Get ready to rock when you encounter the Gigantamaxed version of the Punk Pokémon—but only for a limited time.

A new Gigantamax Pokémon has been discovered, and you'll be able to encounter it in Pokémon Sword and Pokémon Shield Max Raid Battles. The Electric- and Poison-type Gigantamax Toxtricity has a chance to appear in Pokémon Dens from Thursday, February 6, at 4:00 p.m. PT until Sunday, March 8, at 4:59 p.m. PT. Electric-type moves used by Gigantamax Toxtricity will change to G-Max Stun Shock, which not only deals damage but also poisons or paralyzes all opponents.

To challenge Gigantamax Toxtricity in Max Raid Battles, you'll need to connect your Nintendo Switch system to the internet to receive the latest Wild Area News. Then, whenever you see a pillar of light shining from a Pokémon Den in the Wild Area, you can walk up to the Pokémon Den and interact with it to start a Max Raid Battle with a Dynamax Pokémon. In rare cases, a Gigantamax Pokémon can appear instead of a Dynamax Pokémon.

To get some valuable advice for tackling these challenging matches, be sure to read our Pokémon Sword and Pokémon Shield Max Raid Battle Tips article. And remember—Gigantamax Toxtricity will only be appearing in Max Raid Battles until March 8. Don't miss out on your chance to catch it!