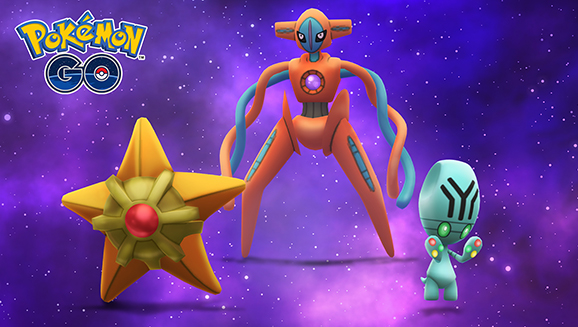 Raid Battles during the event will feature Claydol, Bronzong, and Elgyem. You'll also have the rare opportunity to battle the mysterious Unown U, L, T, R, and A in Raid Battles. The Mythical Pokémon Deoxys in its Normal Forme will be appearing in five-star raids, and if you're lucky, you might even encounter a Shiny Deoxys.

While you're enjoying Enigma Week, prepare yourself for the upcoming Unova Week. Taking place from Friday, August 14, 2020, at 1:00 p.m. PDT to Friday, August 21, 2020, at 1:00 p.m. PDT, Unova Week will celebrate Pokémon originally discovered in the Unova region. Sewaddle, Cottonee, Emolga, and Bouffalant will be making their Pokémon GO debut during this week, so you won't want to miss it!

Thanks for your participation during Pokémon GO Fest 2020, Trainers, and have fun during these Ultra Unlock weeks!