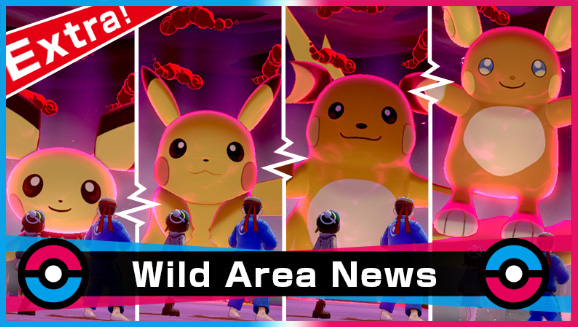 Correction: An earlier version of this article incorrectly stated the end date for this event as August 16. We apologize for the error.


Your Pokémon collection in Pokémon Sword and Pokémon Shield is about to get a lot more yellow! A Pikachu Mass Appearance event is happening now until August 9 at 4:59 p.m. PDT. During this event, Pikachu, Raichu, Alolan Raichu, and Pichu will appear more frequently in Max Raid Battles. Lucky players may even encounter a Shiny Pikachu.

To challenge these Pokémon in a Max Raid Battle, you'll need to connect your Nintendo Switch system to the internet. Then, whenever you see a pillar of light shining from a Pokémon Den in the Wild Area, you can walk up to the Pokémon Den and interact with it to start a Max Raid Battle with a Dynamax Pokémon. Usually, there'll be an extremely small possibility a Gigantamax Pokémon will appear instead of a Dynamax Pokémon, but during an event, certain Gigantamax Pokémon are more likely to appear.

Good luck battling and catching the Pikachu family in this Pikachu Mass Appearance until August 9.