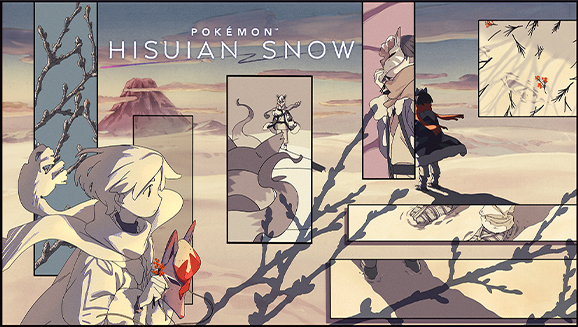 Learn about a time when Pokémon and humans lived separate lives with a new limited animated series.

Get ready for a new adventure set in the vast, stunning Hisui region. Produced by WIT STUDIO, Pokémon: Hisuian Snow launches May 18 with the first episode in a three-part limited animated series. Available on Pokémon TV and the official Pokémon YouTube channel, Pokémon: Hisuian Snow tells the story of a boy named Alec and his encounter with a Hisuian Zorua. When he was younger, Alec’s father taught him that people and Pokémon cannot live together. But Alec’s interactions with the Zorua might offer a different lesson.