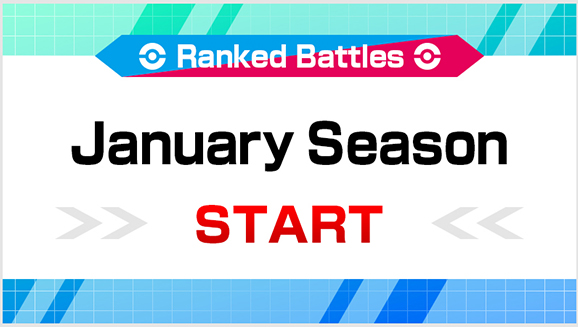 Gigantamax Pikachu, Gigantamax Snorlax, and more powerful Pokémon are ready to join the action in the next Ranked Battles season.

The second season of Pokémon Sword and Pokémon Shield Ranked Battles has begun! Send out your best team of Pokémon from the Galar region to compete with Trainers around the world.

In the second season, a handful of Gigantamax Pokémon will be allowed in head-to-head battle for the very first time! Charizard, Butterfree, Pikachu, Meowth, Eevee, Snorlax, Corviknight, Drednaw, Sandaconda, and Centiskorch will be allowed to Gigantamax in battle.

You'll be matched up with other players of similar rank to ensure even competition. And the higher you finish when the season concludes, the greater in-game rewards you'll earn. Prizes include Battle Points, Ability Capsules, mints, and even valuable Bottle Caps (including Gold Bottle Caps!) for top performers. Try to reach the Master Ball Tier by the end of the month to earn the best rewards.

To start a Ranked Battle, select VS in the X menu, then choose Battle Stadium, then choose Ranked Battles. You can press the Y Button to see what the current rules and regulations are before you begin your match. There are both Single Battles and Double Battles for you to participate in.

Ranked Battles January Season will run through the month of January, 2020. Have fun battling, and check back later for more Ranked Battles season news.