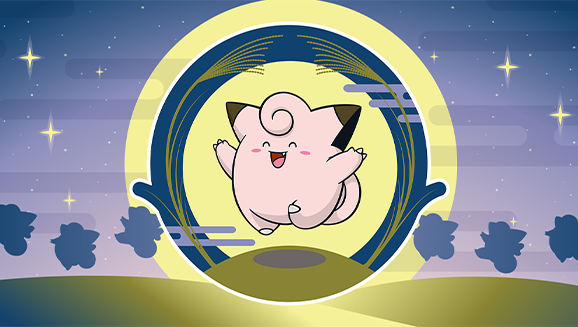 Celebrate the Harvest Moon with Clefairy in Pokémon GO and More

The moon-loving Pokémon shines this week with a Pokémon GO event, a PTV collection, and a Pokémon TCG retrospective.

Look to the night sky on September 10, 2022, and it’s likely you’ll spot the moon looking full and bright. Known as a harvest moon, this astronomical occurrence is the perfect time to celebrate Clefairy, a Pokémon that’s always had a strong connection to the moon. After all, Clefairy are known to emerge from their mountain homes during the full moon to dance and play. They can also store moonlight in the wings on their backs, which seems to give them the ability to float in midair. This year, there are a few ways to appreciate the adorable Fairy Pokémon.

One is by playing Pokémon GO during the Clefairy Commotion event on September 10, 2022, from 6:00 p.m. to 9:00 p.m. local time. Clefairy will appear more frequently in the wild, and lucky Trainers might even encounter a Shiny Clefairy!

So, spend some time appreciating Clefairy this week, and when you go outside to see the harvest moon for yourself, why not do a little dance in its glow? After all, that’s what Clefairy would do.