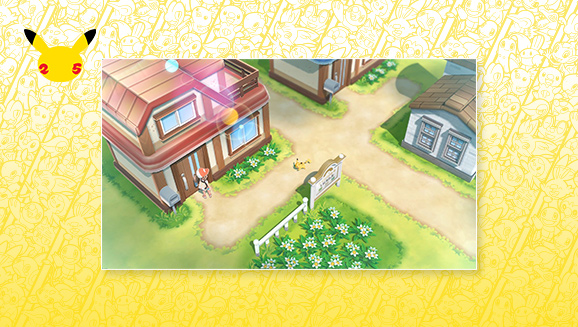 Look back at the region introduced in Pokémon Red and Pokémon Blue that made us fall in love with Pokémon.

Over the past several months, we've revisited many of the regions that make up the world of Pokémon as part of our 25 years of Pokémon celebration. It only seems fitting that we end our retrospective journey back where it all began: the Kanto region. This region, of course, debuted in the very first Pokémon titles—released outside of Japan as Pokémon Red and Pokémon Blue—but that was hardly the only time we got to explore it. A reimagined version of Kanto would appear in Pokémon FireRed and Pokémon LeafGreen before the region received a modern-day makeover in Pokémon: Let's Go, Pikachu! and Pokémon: Let's Go, Eevee!

Given that Kanto was the first region that many Pokémon fans experienced, it should come as no surprise that it's loaded with highly memorable bits. Let's look at some of our top moments from the region that started it all.

Welcome to the World of Pokémon 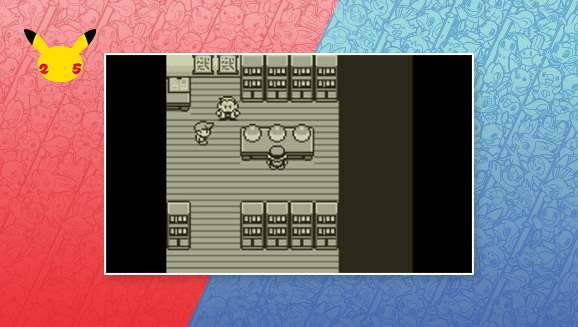 When you first arrive in Kanto, you're greeted by Professor Oak, the region's expert on all things Pokémon. He gives you a brief rundown of the basics of Pokémon before sending you out into the world. And from there? Well, it's practically a nonstop cascade of memorable moments, isn't it?

How can you forget standing in front of those three Poké Balls in Professor Oak's lab as you choose your first partner Pokémon? Or how about catching your first wild Pokémon? Or seeing a Pokémon evolve for the first time? Events like these seem almost routine after 25 years, but when we first set out in the Kanto region, every one of these moments was a revelation.

The thrill of locking eyes with another Trainer to initiate a Pokémon battle provided an instant jolt of adrenaline—what Pokémon would you be facing? Is your team ready for the challenge? Did you remember to bring some Potions just in case the action gets a little too heated? The experience (both had and gained) of these matches would pay off when you confronted one of the region's Gym Leaders. These battles put your skills to the test and encouraged you to put together a varied team that would be ready to take on anyone.

Journeying through the Kanto region was so memorable because it's the type of adventure we all wish we could have as children: Exploring a vast world filled with forests, caves, cities, and oceans, befriending awesome and adorable Pokémon, and working together to become the very best? Yeah, that's memorable. 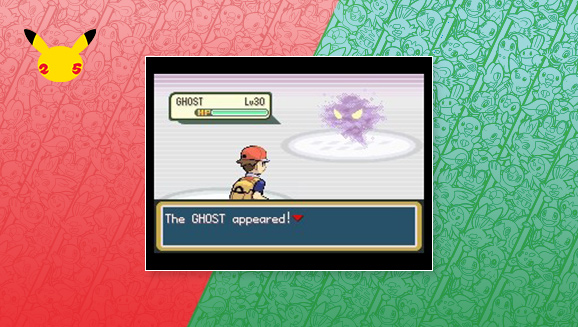 There are many memorable locations in the Kanto region, but perhaps none more so than Lavender Town. This town may be small, but it's made a big name for itself as a center of ghostly sightings. That reputation hails mainly from the Pokémon Tower, the large structure in the town that houses the graves of many dearly departed Pokémon.

The town's haunting musical theme perfectly complements its eerie atmosphere and climbing up through the structure leads to plenty of encounters with Ghost-type Pokémon (once you've obtained the Silph Scope from Team Rocket's Hideout in Celadon City, that is). In fact, Team Rocket is another reason that Lavender Town is so memorable.

We learn that, among other crimes, these nefarious villains have been stealing the skulls worn by Cubone. One of those Cubone's mother, a Marowak, lost its life while protecting its child. Near the top of Pokémon Tower, you must confront Marowak's restless spirit and calm it with a battle, allowing it to depart to the afterlife. It's a surprisingly poignant moment in what is otherwise a lighthearted adventure, adding a bit of depth and realism to the Kanto region. 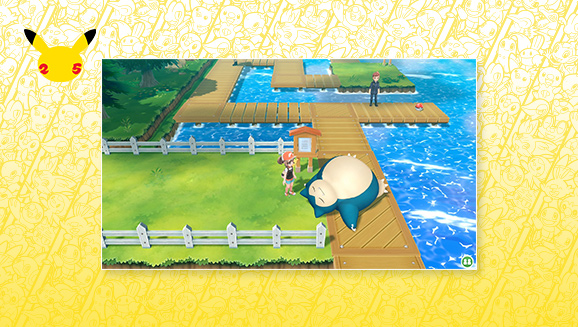 During your travels in the Kanto region, you'll encounter lots (and lots!) of Pokémon. Every now and again, though, one of these encounters will leave a lasting impression. Such is the case with our rotund pal, Snorlax. You'll only find two wild Snorlax in the Kanto region: one on Route 12 and another on Route 16. Unfortunately, they've both found some extremely comfortable sleeping spots in the middle of narrow pathways, effectively blocking your progress in both areas.

The only way to awaken these slumbering Snorlax is to play a Poké Flute, which you can acquire from Mr. Fuji in the Volunteer Pokémon House in Lavender Town. He'll have the item for you once you rescue him from Team Rocket at the top of Pokémon Tower.

Just be warned: When these Snorlax are roused from their slumber, they'll be grumpy and raring for a battle! Make sure your team is ready to go before you start tootling that Poké Flute, and remember to bring along some Poké Balls for a chance to catch one of these scarce Pokémon.

The Snorlax encounters stand out because they stray from the typical “run around in the tall grass until a wild Pokémon leaps out” method of encountering Pokémon. These Pokémon become a sort of mini subquest that you must complete before continuing your Kanto journey, turning them into a couple of truly memorable moments. 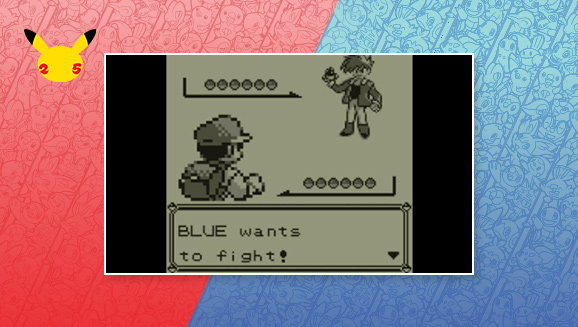 At the start of your adventure in the Kanto region, you'll meet your rival, a character you'll cross paths with at multiple times during your travels who's always ready for a quick battle to test your skills. In the earlier games in the series, your rival is Professor Oak's grandson, Blue, but in Pokémon: Let's Go, Pikachu! and Pokémon: Let's Go, Eevee!, the role is filled by another Trainer, a young boy named Trace.

Although neither character is especially antagonistic, Trace is certainly the friendlier of the two. Indeed, at the start of the game, Blue will go out of his way to choose whichever first partner Pokémon has a type advantage over yours, making your battles against him that much more challenging. No matter which rival you're up against, though, expect plenty of confrontations with them as you make your way to the Pokémon League at Indigo Plateau. 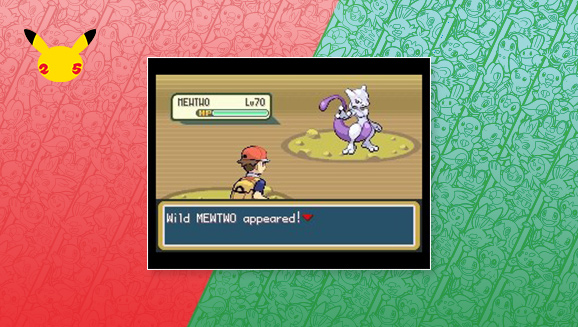 Once you've defeated your rival and entered the Hall of Fame as the Pokémon League Champion, your Kanto region adventure isn't over. You still need to complete your Pokédex, and that includes tracking down the powerful Legendary Pokémon Mewtwo.

If you've thoroughly investigated the burned-down Pokémon Mansion on Cinnabar Island, you probably discovered some journal entries that provide insight into Mewtwo's origin. A mysterious Mythical Pokémon that researchers called Mew was discovered deep in the jungle. Another Pokémon, dubbed Mewtwo, was created by scientists using Mew's DNA, but it was far too powerful to be controlled.

Mewtwo can be found hiding deep within the labyrinthine Cerulean Cave, and only the most qualified Trainers are allowed inside. Even when you find the elusive Pokémon, it will take all your skills to catch it (unless you happen to have a Master Ball on hand). Once you add the mighty Mewtwo to your team, though, you'll find it to be a valuable companion that will have your opponents trembling with fear.

There are, of course, a few Legendary Pokémon to be found in the Kanto region, but Mewtwo worked well as the “ultimate” Pokémon to catch. From the bits of its backstory that you uncover throughout the game to its unusual (and undoubtedly cool) appearance, obtaining Mewtwo was a way to show that you were a true Pokémon master. 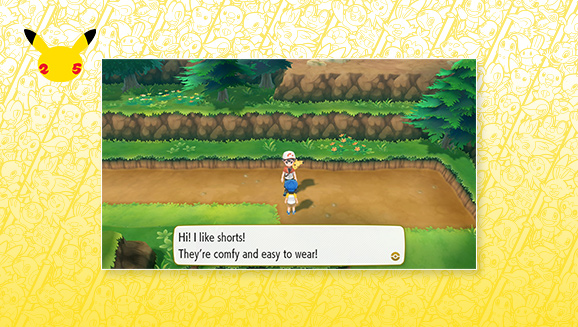 Any trip to the Kanto region should include a visit to the Safari Zone, located just north of Fuchsia City. There's a small fee to get in, but this preserve is a great place to see (and hopefully catch) Pokémon that might otherwise be difficult—or sometimes impossible—to find in the wild.

Interestingly, you don't take part in traditional Pokémon battles within the Safari Zone. Instead, you go in equipped with Bait, Rocks, and a limited supply of Safari Balls—the only tools at your disposal to catch these Pokémon. During an encounter, tossing Bait at a Pokémon will make it less prone to running away, but more difficult to catch. Rocks will have the opposite effect. Carefully balancing when to use your Bait, Rocks, and Safari Balls is the key to coming out of the Safari Zone with new Pokémon for your team. You'll have to carefully plan your route, too. After taking a set number of steps, your visit is over, and you'll have to exit the preserve.

The Kanto region is filled with passionate Trainers, and if you've been to Kanto, you're bound to remember Ben, the shorts-loving Youngster who challenges you to a battle along Route 3. He's not particularly difficult to defeat, but his pre-battle cry of “Hi! I like shorts! They're comfy and easy to wear!” is such a charmingly goofy non sequitur that he's become a fan favorite character over the years.

The world of Pokémon is truly vast, with many varied places to explore! Thank you for joining us throughout this past year as we've looked back on some of our favorite moments from these beloved regions. Hopefully we've rekindled some fond memories or helped foster a few new ones.

And don't miss our previous Pokémon region retrospectives! They're filled with incredible moments and tons of memories: 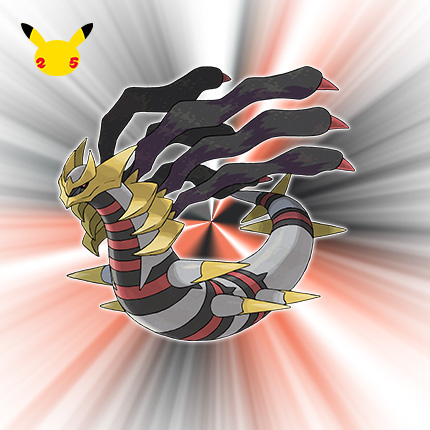 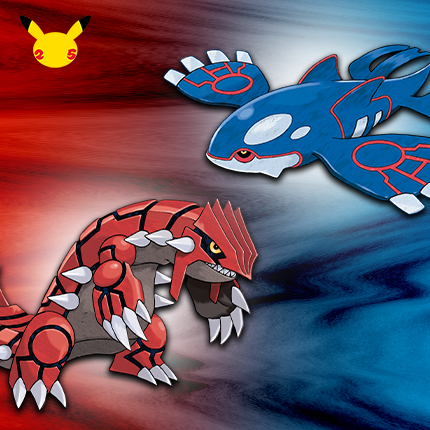 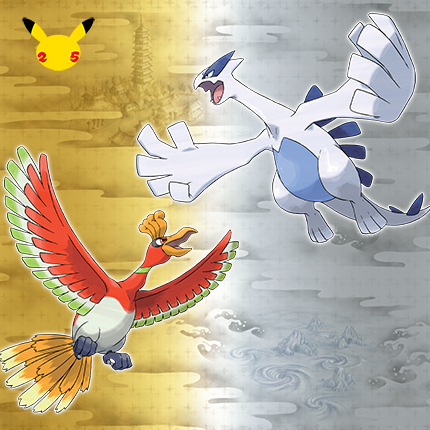