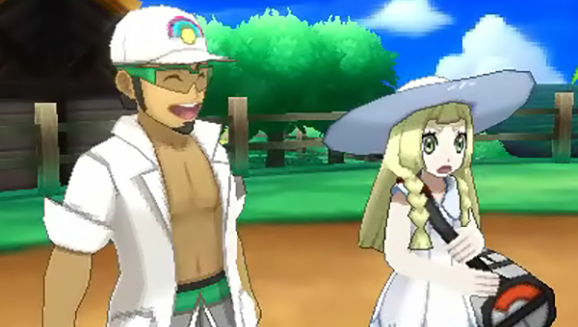 To celebrate 25 years of Pokémon, we’re continuing our journey back through some of the regions that comprise its world. In this series of articles, we’ll be revisiting memorable moments that made these places so exciting to visit—and this time, we’re stopping in the Alola region, which was first introduced in Pokémon Sun and Pokémon Moon. 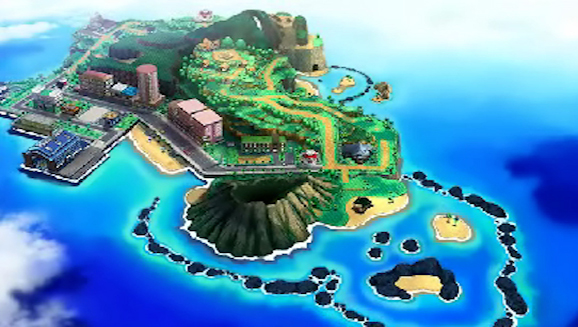 Alola stands out among the regions that fans have explored these past 25 years because it’s, well, a tropical paradise. The Alola region has a laid-back vibe that’s perceptible as soon as you arrive there and chat with Alola’s premier Pokémon expert, the affable (and perpetually shirt-free) Professor Kukui. Once you get out and about, you’ll find plenty of sunny beaches and sparkling seas that are perfect for catching Pokémon, battling with Trainers, and even partaking in the occasional round of Mantine Surfing.

Still, even though the Alola region wears its tropical theme proudly, don’t assume that sand and surf is all it has to offer. There are four main islands in the Alola region: Melemele Island, Akala Island, Ula’ula Island, and Poni Island. There’s also a fifth, artificial island known as Aether Paradise. As you journey across them, you’ll find plant-filled caves, volcanic hills, flowery meadows, massive altars, and more—there’s even a snow-capped mountain and, of course, a variety of towns and cities ranging from quiet and rural to lively and modern.

While at times fearsome, the region’s biodiversity makes Alola a fun place to be. Even when the story gets serious, the island mood keeps spirits high. Perhaps the only exception to this is Po Town, a gloomy, abandoned town that serves as the base of operations for the troublesome Team Skull. But even that dour place can’t harsh your mellow mood while you chill out in Alola. 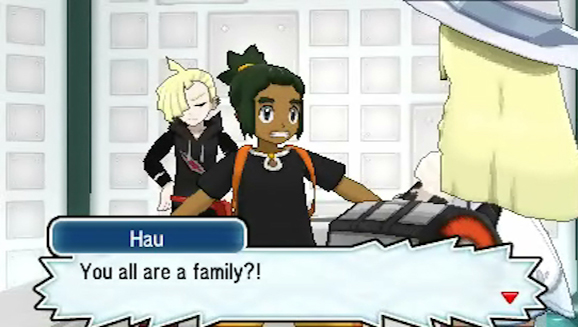 Despite its serene setting, there can be some high drama in the Alola region, and a lot of it is centered around a single family. Pokémon Sun, Pokémon Moon, Pokémon Ultra Sun, and Pokémon Ultra Moon all begin with a scene of a young girl fleeing from some suspicious-looking people in a high-tech facility. That young girl is named Lillie, and you end up befriending her shortly after you arrive in Alola. Lillie is attempting to learn more about a mysterious Pokémon she’s named Nebby, which she keeps hidden in her bag. You end up crossing paths with her at multiple points during your journey across Alola.

Lillie’s story takes a dramatic turn when she confronts Lusamine, the head of the Aether Foundation who plans to use Nebby’s power as a means to her own twisted ends. During this encounter, Lillie is joined by Gladion, a Team Skull member who has become your rival. In a shocking twist, it is revealed that Lillie and Gladion are siblings, and Lusamine is their estranged mother!

Finding yourself in the middle of an intense family drama may not be how you expected your island adventure to go, but it certainly makes for a memorable experience!

One of the most exciting things about Pokémon Sun and Pokémon Moon is the discovery of regional forms of Pokémon that were first discovered in the Kanto region. These Alolan Pokémon are always a treat—not only do they look different than their previously discovered forms, but they change up their type, too, offering new ways to battle with some of your favorite Pokémon from previous titles!

Some of these regional forms gain a type. For example, a Raichu found in Kanto is an Electric type, but Alolan Raichu is an Electric- and Psychic-type Pokémon. Other species, however, may be a completely different type altogether—Vulpix is a Fire-type Pokémon in Kanto, but an Alolan Vulpix is an Ice type! Quite a chilling difference!

Pokémon types aside, it’s simply amusing to see how different Pokémon can look in different regions. With its ghastly appearance and flaming bone weapon, Alolan Marowak looks undeniably cool. The blond, mop-topped Alolan Dugtrio has a fun, relaxed surfer look to it, and c’mon, Alolan Exeggutor, which stands over 35 feet tall thanks to its elongated neck, is incredible.

One standout experience you’ll have in the Alola region is when you take on the trial presented by Trial Captain Acerola on Ula’ula Island. Her challenge sends you into an old building where you must track down and snap a picture of the Totem Pokémon (these are typically Pokémon that are larger and more powerful than others of its species) that dwells within. The building is a run-down, abandoned Thrifty Megamart, and it’s also overrun with Ghost-type Pokémon, making this an unusually spooky detour on your typically sunny and cheerful quest.

As you partake in a little urban exploration in this creepy setting, odd things begin to happen. Checkout lane conveyor belts spring to life, grocery carts jostle around on their own, and eerie noises seem to emanate from all around you. Using your Poké Finder will reveal the presence of several Ghost-type Pokémon that, when photographed, will attack.

After working your way through the store’s maze-like aisles of debris, you’ll eventually discover that the culprit behind the chaos is a mischievous Totem Mimikyu. Defeat it, and you’ll clear the trial. This delightfully unnerving section of the game represents a wild—if brief—shift in tone, and it’s a bit of your adventure that’ll stay with you long after the credits roll. 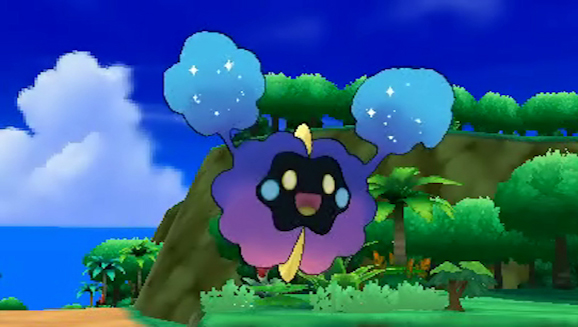 Remember Nebby? Lillie’s mysterious buddy that we talked about earlier? Well, this little Pokémon is another one of the Alola region’s most memorable aspects—in fact, Nebby’s story is one of the more intriguing tales that any individual Pokémon has in the entire video game series. Nebby, it turns out, is actually a Legendary Pokémon called Cosmog, and an absolutely adorable one at that! Unfortunately, its great power makes it attractive to those who would use it towards nefarious ends.

When Lillie and Nebby are kidnapped by Team Skull and Nebby is subjected to experimentation by the Aether Foundation, it does something that we had never seen a Legendary Pokémon do before—it evolves! Nebby first evolves from a Cosmog into Cosmoem, and as Lusamine and the Aether Foundation get closer to fulfilling their goal, it evolves once more into either Solgaleo or Lunala.

The end of Nebby’s story varies a bit depending on what version of the game you’re playing, but no matter which game you have, Lillie ultimately decides to leave Nebby in your care.

We would be remiss to not mention the Z-Moves that Pokémon can use as you collect Z-Crystals throughout the game. Not only are these moves incredibly powerful, but they’re performed with a cinematic flair that puts the bond between a Pokémon and its Trainer on full display.

Every Trainer knows that no trip to Alola is complete without a visit to Festival Plaza. This is the place to go to battle and trade with other players. There’s all sorts of other activities to enjoy, with everything from lottery shops to bouncy houses to food stalls. After conquering the Alola League in Pokémon Ultra Sun and Pokémon Ultra Moon, the plaza becomes a hotbed of action when it’s taken over by the villainous Team Rainbow Rocket.

We have plenty more regions to explore as we continue our tour through the world of Pokémon. Check back soon—we’ll be heading to the Kalos region next!

And don’t miss our other Pokémon region retrospectives! They’re filled with incredible moments and tons of memories you won’t want to miss. 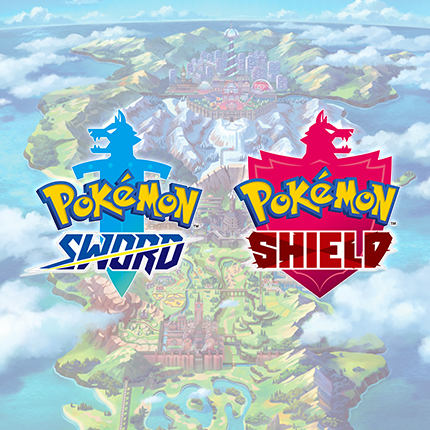