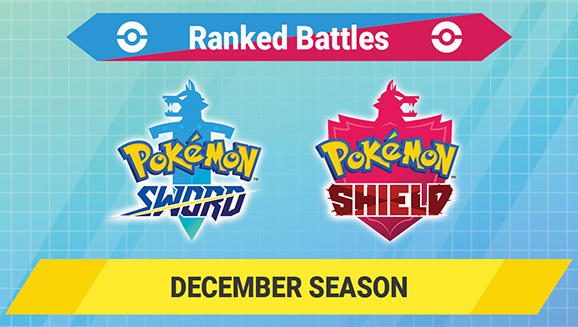 Finish 2020 with awesome battles all month long in Pokémon Sword and Pokémon Shield.

The battles heat up in December with the Ranked Battles December Season (Season 13). Trainers can include Pokémon on their teams from all over the Galar region—including the Isle of Armor and the Crown Tundra—to test their skills all month long and earn in-game rewards. Take on Trainers from around the world to move up the global leaderboards and finish the year strong!

You will need to finish at least one match with a win or loss during the December Season to be eligible for rewards at the end of the season.

Only Pokémon obtained in Pokémon Sword or Pokémon Shield or those with the battle-ready symbol are eligible.