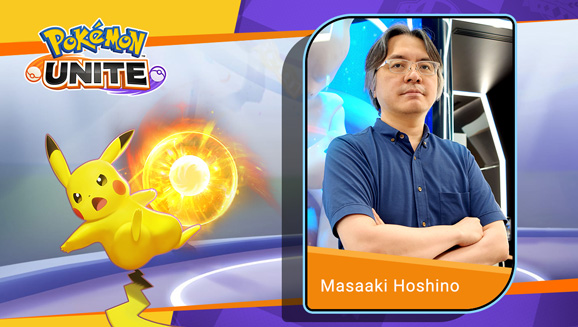 In July of 2021, The Pokémon Company launched a game that introduced a new way to compete with Pokémon—the strategic team battle game Pokémon UNITE. Available on Nintendo Switch and mobile devices, Pokémon UNITE has made a huge splash in just a few months. Just after the mobile launch, we spoke with Pokémon UNITE producer Masaaki Hoshino about the process of creating Pokémon UNITE and choosing which Pokémon to feature in the game, as well as advice for players just getting started. This is what he had to say.

What is it about the Pokémon world that has translated so successfully to this new type of game?

Mr. Hoshino: We think that many elements of Pokémon fit well with the genre, but specifically the ideas of leveling up and evolving are easily portrayed and are a big match.

What differentiates Pokémon UNITE as a strategic team battle game from traditional MOBAs?

Mr. Hoshino: I think that having a match last only 10 minutes—and that the team with the most points wins—is a big difference compared to other games in this genre. Since the match time doesn't change, we believe that we have depth to the gameplay but have made it easier to jump in and understand the battle rules.

What was the thought process behind choosing which Pokémon would appear as playable in the game?

Mr. Hoshino: We considered a lot when deciding which Pokémon we wanted to add to the game. We focused on the specific traits and individual characteristics of each Pokémon and had endless conversations about getting them right for the community.

What piece of advice would you offer players just starting Pokémon UNITE?

Mr. Hoshino: If you want to improve quickly, I recommend playing with someone that has played before so they can share their experience and teach you techniques. If you're both starting out together, it will be fun to try new things with that person to see what works, and you'll improve more efficiently.

What's your favorite Pokémon to play as in Pokémon UNITE?

Mr. Hoshino: My favorite Pokémon is Absol. In the early stages of a match, it is easy to play as, but toward the end, there are risks when facing other Pokémon once they've leveled up, which makes it difficult. But that's what I like about it.

What has surprised you the most about Pokémon UNITE, whether how it turned out, how it's been received, or something else?

Mr. Hoshino: I was surprised by how many players are interested in the metagame. The whole team will keep working our hardest to deliver enjoyable game experiences.

How did you decide which Pokémon would appear as wild Pokémon?

Mr. Hoshino: We selected Pokémon that would match the stadium atmosphere. For example, because Rotom is able enter different appliances, we had it interfere with goal zones in Pokémon UNITE.

What was behind the decision to not have Pikachu evolve during gameplay?

Mr. Hoshino: In Pokémon UNITE, Trainers on Aeos Island receive “Unite licenses” for Pokémon, and when they join a Unite Battle with a license, they use the Pokémon that license is for. In some cases, a Pokémon's final Evolution isn't included with its license.

What challenges did you need to overcome when trying to balance all the playable Pokémon in the game? How do you solve these problems?

Mr. Hoshino: We believe that having many playable Pokémon to battle with is ideal. TiMi Studio Group is knowledgeable about competitive multiplayer games, and we at The Pokémon Company are Pokémon professionals. We put our heads together to create the best battle environment we can.

Many thanks to Mr. Hoshino for sharing his insights into the development of Pokémon's first strategic team battle game. You can download Pokémon UNITE at no cost on the Nintendo Switch, Google Play, or the App Store. 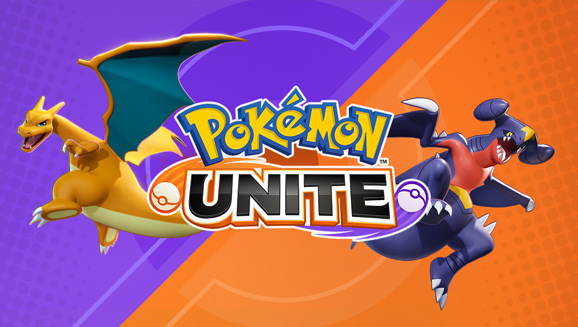