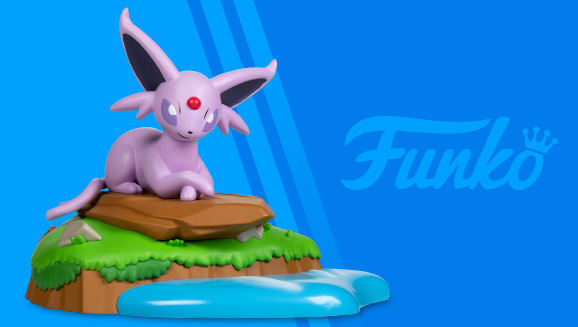 An Afternoon with Eevee & Friends: Espeon from Funko at the Pokémon Center

Check out the latest figure from Funko’s An Afternoon with Eevee & Friends collection, available now at the Pokémon Center.

You don't need to be a psychic to know that something new has just arrived at the Pokémon Center. It's Espeon, the latest figure in Funko's An Afternoon with Eevee & Friends line! This monthly series of collectible figures highlights Eevee and each of the Evolution Pokémon's multiple evolved forms, and this month's star is this Psychic-type Pokémon. 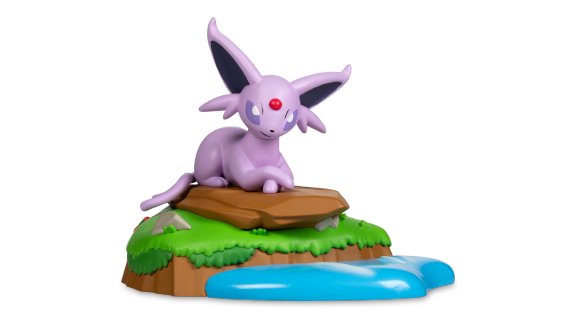 True to its Pokédex category, the adorable Sun Pokémon can be seen chilling out on a rock while basking in the warming rays of the sun. Espeon does, after all, use the orb on its forehead to harness the glow of the sun in order to build up its power. Does the Pokémon's subtle smirk mean that it's simply enjoying this serene scene, or is that grin due to its growing confidence that its mental might will help it defeat its opponents? That's up to you to decide.

There will be a limited quantity of these figures available, so don't miss out. Head over to the Pokémon Center now to check it out. And remember that new entries in the An Afternoon with Eevee & Friends series are being released monthly, so subscribe to the Pokémon Trainer Club newsletter for updates on the release dates of these upcoming figures.