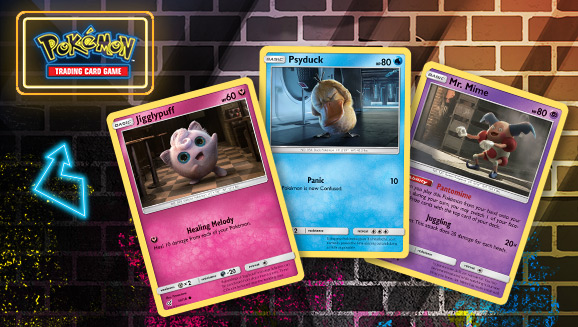 We reveal some of the new Pokémon Trading Card Game cards that feature Pokémon as seen in the upcoming POKÉMON Detective Pikachu film.

Fans everywhere are anxiously awaiting the theatrical release of the first live-action Pokémon movie, POKÉMON Detective Pikachu. To celebrate the upcoming film, a special selection of 26 new Pokémon Trading Card Game cards will be released, inspired by some of the Pokémon that will appear on the big screen. Let's look at some of the cards that show off these Pokémon as they appear in the film. 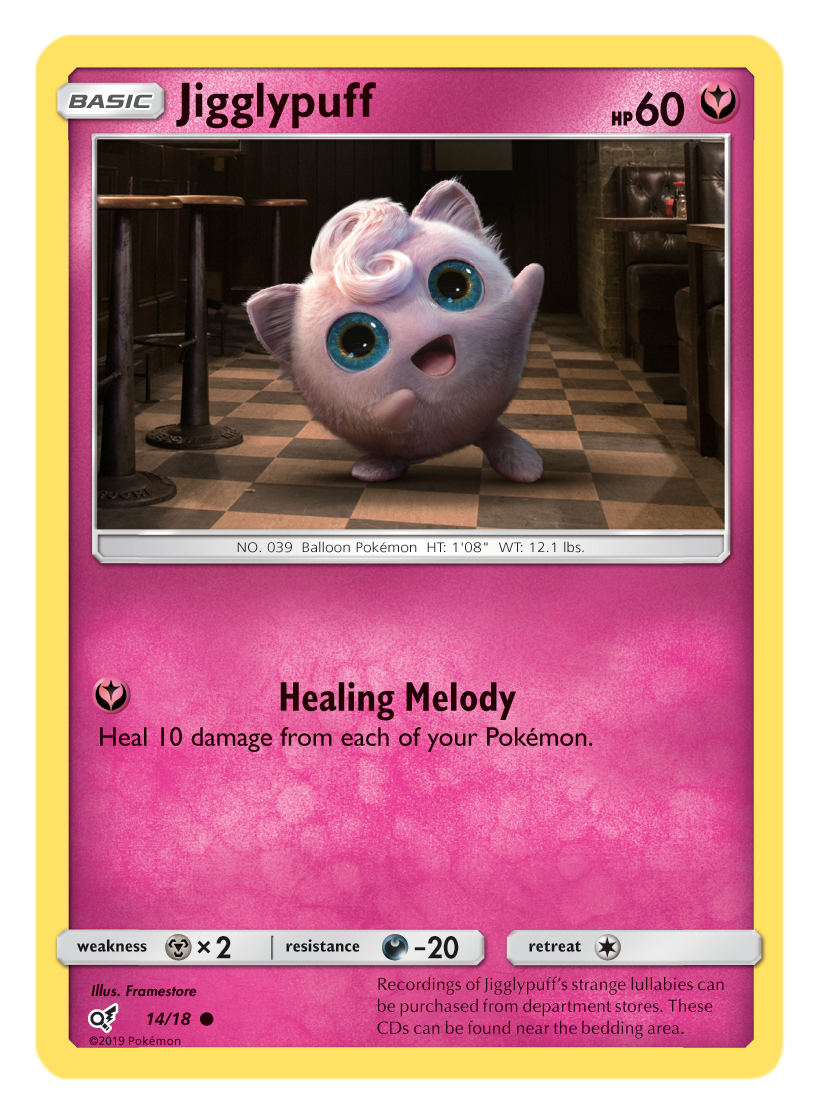 With its big blue eyes, soft pink fur, and stylish curl, Jigglypuff is the epitome of adorable. This Fairy-type Pokémon isn't a heavy hitter, but its Healing Melody attack will heal 10 damage from each of your Pokémon. 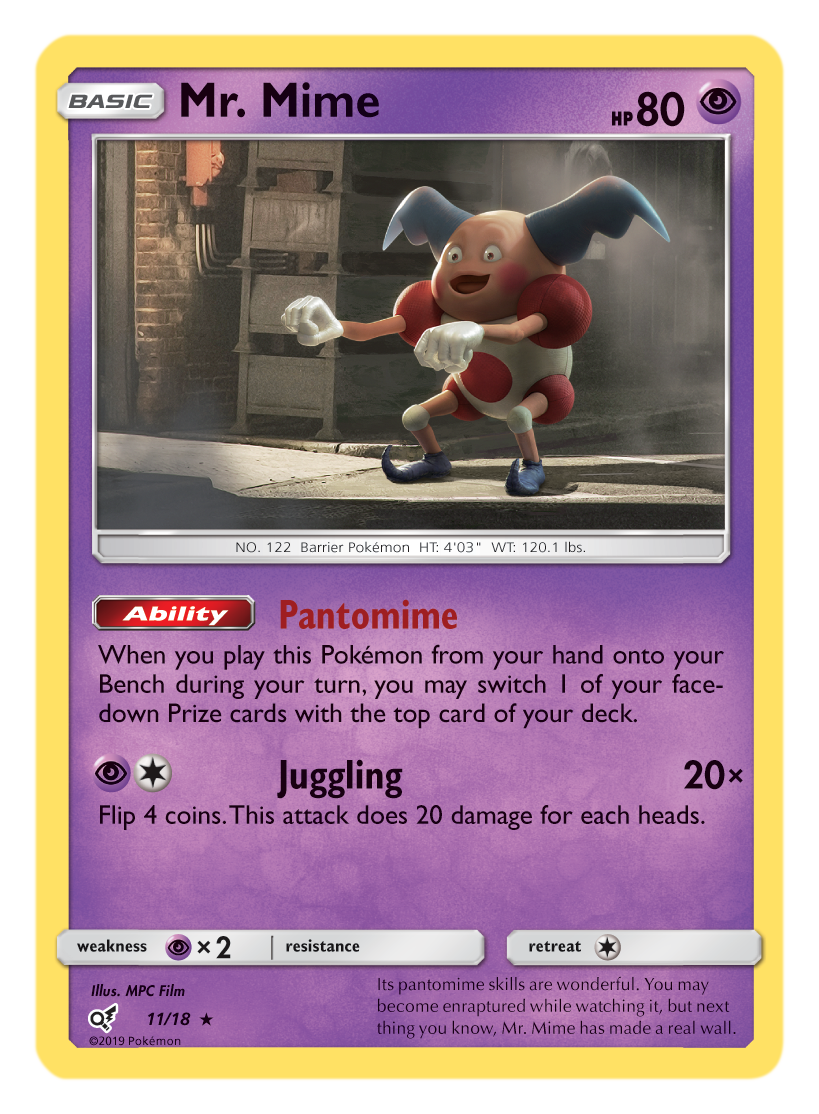 Mr. Mime may be sporting a smile, but we can't help but feel a bit unnerved by its vacant stare. Still, we would definitely take advantage of its Pantomime Ability, which allows you to switch one of your face-down Prize cards with the top card of your deck. It's certainly a useful move if you have a powerful card trapped in your Prize cards. 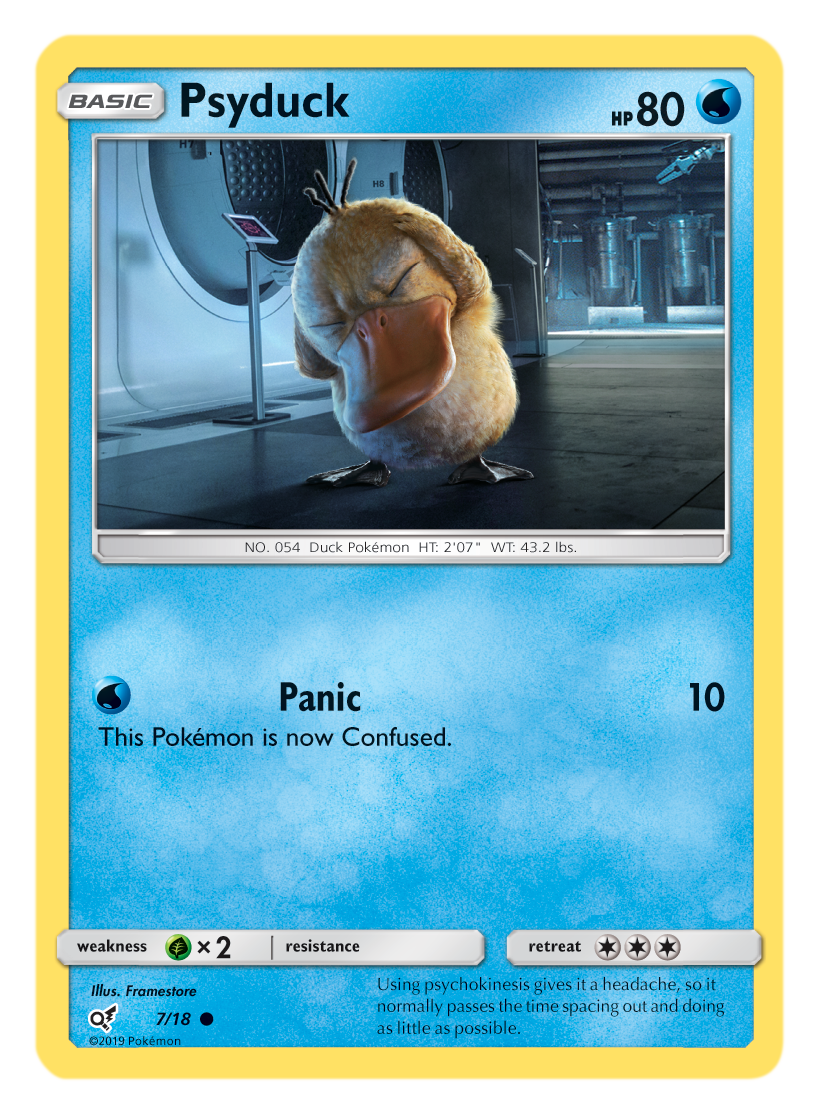 Poor Psyduck seems to be suffering from a major headache! Given its soft-looking feathers, we wouldn't be against comforting it with a big hug. Perhaps Psyduck is suffering from the pain of knowing that it can't attack without becoming Confused. And that just makes us more sympathetic to the little Pokémon!

These are just a few of the cards that fans will be able to find in the Pokémon TCG: Detective Pikachu collection. Stay tuned for more fun reveals! Remember, booster packs for this special set will not be sold separately, so look for them in special collections starting April 5, 2019, in the Pokémon Center and where Pokémon TCG products are sold. 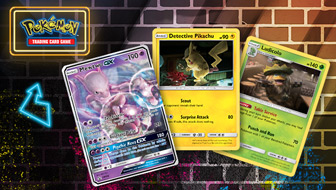 Mewtwo-GX and others leap from the silver screen to the Pokémon Trading Card Game in these exciting cards.