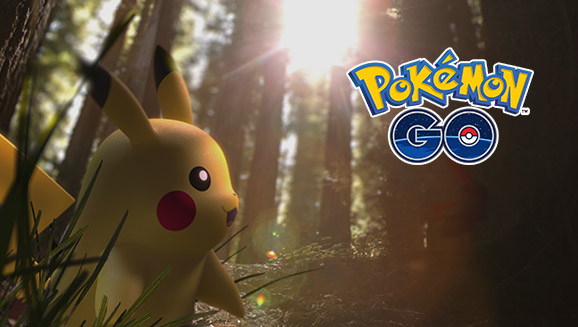 Pokémon GO Becomes One with Nature

Don't miss the epic new Pokémon GO trailer created in the style of a nature documentary, featuring Pokémon that have recently begun appearing near you in Pokémon GO.

From the bright peaks of snowy mountains to the shadows of the forests, through a cityscape and down into the darkness of the ocean depths, watch as the video pays homage to world-renowned nature documentary scenes and reveals a variety of Pokémon in their real-world natural habitats—bringing augmented reality one step closer to life.

Be on the lookout for Plusle and Minun in a forest, along with Mawile and the bug Pokémon Masquerain. In the ocean, a huge underwater Wailord makes a big splash. You'll also see a school of Luvdisc under the shadow of a looming threat as a Sharpedo cruises by. Other don't-miss appearances: Mudkip playing in a pool, cold-loving Snorunt on a high mountain, and a cute Delcatty in a city environment.

The video is narrated by iconic actor and comedian Stephen Fry, with his dulcet tones complemented by an original symphonic score by legendary composer George Fenton.

These majestic scenes of Pokémon in the wild are intended to inspire Pokémon Trainers to seek out the Pokémon originally discovered in the Hoenn region that have made their way into the real world in Pokémon GO!