It's Down to the Finals in Anaheim

The 2017 World Championships will soon crown the next Pokémon TCG and video game Champions.

Day Two is in the books at the 2017 Pokémon World Championships. The battles were even more intense with the Day Two invitees joining the fray. With an exciting day of action behind us, we now know our finalists in each age division for both the Pokémon TCG and video game competitions.

Before taking a look at the upcoming finals matchups, we want to congratulate Tonosama, who guided his Braixen to victory over Mikukey_HOMURA and his Chandelure in the Pokkén Tournament finals. Both the crowd in Anaheim and fans watching the livestream from around the world were enthralled by the back-and-forth action. Again, congratulations to the 2017 Pokkén Tournament World Champion, Tonosama!

Tobias and Minaki both have their work cut out for them in a mirror match of two Gardevoir-GX. At first glance, Tobias's deck would seem to deliver more consistent results by putting greater effort into getting his Gardevoir-GX out fast. On the other hand, Minaki has an advantage when it comes to keeping his Pokémon healthy with a Max Potion. Both competitors are also likely to rely on the Acerola Supporter card to get Pokémon who have been damaged off the field. It should be more a test of skill and will than a reliance on one deck having advantages over the other.

In a battle of two different Water-type decks, it's unlikely that either Zachary's Alolan Ninetales-GX deck or Michael's Greninja BREAK deck will easily surf to victory. We've discussed the usefulness of Jirachi against decks like Zachary's that rely on Special Energy, so expect that Pokémon to be in the middle of the action. On the other side, Zachary will try to force Michael to alter his Giant Water Shuriken strategy via the presence of Giratina and its Devour Light Ability. Both of these decks should cause interesting problems for their opponents. Who will be able to rise above and claim victory?

Players wasted no time finding winning strategies with Sun & Moon—Burning Shadows, but it's unbelievable that two different decks relying heavily on cards from the latest expansion will face off in the finals. Argentinian veteran Diego has finally earned his place in the finals with a Gardevoir-GX deck, while Nanto gears up for battle with newcomer Golisopod-GX and the ubiquitous Garbodor. Diego's Gardevoir-GX may have a tough time relying on his opponent to help fuel it, as both Golisopod-GX and Garbodor have inexpensive attacks. Nanto's strategy may be to use Acerola to help scoop Golisopod-GX from battle if and when Gardevoir-GX can't take it out in a single shot. This matchup is new for everyone in the game, so it will definitely be an exciting battle to see which of these decks—and top-level players—will come out ahead.

The video game tournament at the Pokémon World Championships took some shocking turns on Saturday. Perhaps no surprise was greater than the way today's livestream closed out, with Ryota Otsubo making an unbelievable comeback in the last turn of sudden death during the semifinal round. Now only two Trainers remain in each age division, and they'll all duke it out tomorrow on Pokemon.com/Live following the Pokémon TCG finals. Keep reading to find out what to expect from each of the matches, then make sure to tune in to see how the event concludes. 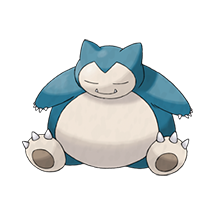 It's hard not to view Australia's Nicholas Kan as the favorite to win the Junior Division finals after his three consecutive International Championship victories. His new Worlds team may look familiar to fans who caught the action at the North American International Championships earlier this year; Nicolas's brother, Christopher, used the same line up to win the Masters Division there. The Snorlax Nicholas now commands was clearly the MVP in Indianapolis, but it may not put up a repeat performance tomorrow—Hariyama, Lucario, Gigalith, and Celesteela provide Tomás with such fantastic matchups against Snorlax that the Sleeping Pokémon may not even show up for battle.

Tomás's team likely has the advantage if the battle comes down to pure power, as his team features all three Choice items and Oranguru's Instruct move. Nicholas's advantage will have to come with finesse—two Intimidate Abilities and a healthy serving of the move Protect give Nicholasall the tools he needs to come out on top by playing a more reactive game. A short battle will likely favor Tomás's team, while Nicholas has much better tools for a long bout. 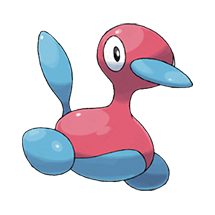 Many Trainers competing at the Pokémon World Championships opted to leave their Porygon2 at home, but both Senior Division finalists stuck with the Virtual Pokémon in Anaheim. Fittingly, Porygon2 is likely to be a major player for both Trainers in their final match—the slower Pokémon on Hong's team will need Porygon2 to activate Trick Room at key points to succeed, and Yuki's Porygon2 will need to stop it. Addtionally, Mudsdale and Araquanid will both struggle against Tapu Fini, so Yuki could gain a big advantage if that Pokémon can use Calm Mind freely.

Both Trainers have Tapu Koko and Kartana on their teams, but their different held items are likely to have a huge impact on this battle. The fastest Pokémon on the field will be Yuki's Kartana because of the Choice Scarf it holds—but it would also lose a duel against Hong's Kartana because of that Pokémon's Focus Sash. As for their Tapu Koko, much of Yuki's advantage when Trick Room isn't active comes from his Tapu Koko's Electrium Z. Hong's selection of a more supportive Tapu Koko may force him to bring Kartana to keep pressure on Tapu Fini. 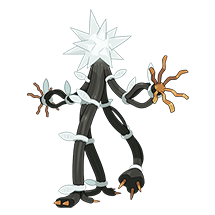 The Masters Division final features two teams that exemplify different styles. Ryota's team holds a Thick Club, Life Orb, Choice Specs, and two Z-Crystals, providing immediate offensive pressure. Sam's team is designed to be more reserved—three HP-restoring Berries, Light Clay, and a Psychic Seed all trend toward defense. Sam's first order of business will be getting control of the match without taking too many losses to early aggression from Ryota. Ninetales's Aurora Veil and the various stat-increasing moves on Sam's team should give him the edge if he can play a long, close game.

There are several matchup quirks that add further depth to this bout. Sam's Xurkitree has been an absolute monster in his past several matches, so Ryota is likely to lean on his Marowak's Lightning Rod Ability. We saw in the semifinals this isn't a surefire solution—Paul Ruiz's Marowak ultimately wasn't able to contain Xurkitree. The key beneficiary of Marowak's assistance will need to be the hero of Ryota's semifinal series, Celesteela. Not only is it Ryota's best shot in long battles, but it has a strong matchup against Sam's team if Xurkitree can be removed.

Then, check back for more coverage and analysis of Worlds and of the upcoming 2018 Championship Series season at Pokemon.com/Strategy.