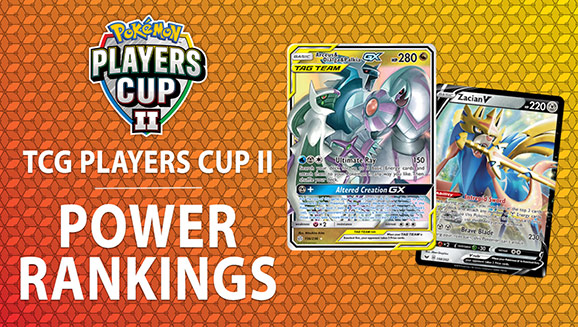 Our five experts look at the top five decks to watch for when the Region Finals stream starts on December 5.

The Players Cup II Pokémon TCG Region Finals matches will stream this weekend on Twitch.tv, where remarkable players will battle it out for the chance to reach the Global Finals. Before they begin, our panel of experts can get you caught up on the top decks you're likely to see in battle.

The list includes decks that have been longtime stalwarts of the Pokémon TCG, like Pikachu & Zekrom-GX, as well as newcomer decks like Eternatus VMAX. You'll definitely see these decks at work in the Region Finals, but which one will have the power to advance?

Read on to find out what to watch for when the Players Cup II Region Finals stream beginning on December 5!

By now, playing Arceus & Dialga & Palkia-GX with Zacian V is not a new or inventive combination. The cards synergize together in such an obvious and overwhelmingly powerful way that this has been considered by many to be the best deck in the format since its inception. It has sometimes shared that title with other decks or fallen a tiny bit behind the curve based on the current metagame, but longtime players know that when a deck has been this good for this long, it's something special.

It's true that on the surface this deck is another in a long line of multiple-Prize attacker decks with an extremely linear game plan, but it has an advantage none of the other decks in the Standard format do: manipulating the Prize trade via Altered Creation-GX. The format may shift over time. Certain card choices become slightly better than others as new cards are released, and the preference of the top players change. One thing that doesn't change, however, is how easy it is to win the game when all of your opponent's Dedenne-GX and Crobat V are worth three Prize cards each. Being able to combine the power of Altered Creation-GX, the efficient damage output of Zacian V, and the bench manipulation of Boss's Orders to take six Prize cards as quickly as possible has proven to be the best thing one can do in Standard for months, and I don't see that changing with Players Cup II.

Pikachu & Zekrom-GX has consistently been one of the best decks ever since its release early last year, but most players expected it to fall off after the rotation of powerful Lightning support cards like Electropower and Thunder Mountain.

However, despite these losses, the TAG TEAM keeps impressing in this Season's format. Its main strengths are the flexibility and sheer amount of options. Sometimes the deck will find dominant wins where an uncontested Full Blitz is followed up by big damage from Boltund V, while other games it might fall behind and have to rely on Raichu & Alolan Raichu-GX's Tandem Shock in combination with Reset Stamp. No matter the situation, it seems like there's always a possible path to victory when piloting this deck.

Will Pikachu & Zekrom-GX ever not be seen at the top? Unlikely, it will probably be successful again during the Players Cup II!

Zacian V is one of the most impactful cards in recent memory, and it's found a few different partners in the Standard format. While the offensive Arceus & Dialga & Palkia-GX might have most of the spotlight right now, it wasn't so long ago that the defensive Lucario & Melmetal-GX was crowned champion in the inaugural Players Cup. The landscape has shifted a bit, but Lucario & Melmetal-GX still has the chops to compete with Zacian V at its side. In fact, its ability to beat the Arceus & Dialga & Palkia-GX variants pretty reliably is one of its key strengths right now. The resurgence in Pikachu & Zekrom-GX poses a problem, though, as that matchup can be a very uphill battle, and Centiskorch VMAX poses an obvious, fiery flaw. Together, these two decks could make it difficult for Lucario & Melmetal-GX to succeed in this double elimination format, where players will look for safe deck choices.

Eternatus VMAX hasn't proven quite as strong as initially forecast, but it is one of the most interesting matchups for this deck. With a combo of Full Metal Wall-GX and Metal Frying Pan, a Zacian V can conceptually withstand a full-power Dread End, but Eternatus VMAX has lots of ways to work around that. Zamazenta V can save the day sometimes, but it has its own pitfalls. Whether and how much Eternatus VMAX players prepare for this matchup could help decide Lucario & Melmetal-GX + Zacian V's fate in the Players Cup II.

While Welder is not as ubiquitous as it was a year ago, it's still a very powerful card which makes Fire-type attackers viable in competition. Centiskorch VMAX, which deals damage based on the number of Energy attached to it, is the perfect Pokémon to combine with Welder, especially with the support of Volcanion's Flare Starter.

Attaching a lot of Energy to a single attacker comes with the risk of losing big if that attacker gets Knocked Out. Fortunately, Centiskorch VMAX decks can play secondary attackers like Cramorant V and Dubwool V that can be powered up by Welder in a single turn, so they're never out of gas.

You should expect most Centiskorch VMAX players to run Pokémon with Abilities such as Jirachi and Eldegoss V but look out for the rare Green's Exploration variant! With Magneton and Lt. Surge's Strategy, it can make some unique power plays.

Do not be deceived by the rank that we have assigned Eternatus VMAX. This Pokémon is primed to claim the Players Cup II title. Eternatus VMAX is capable of dealing a huge amount of damage for a cost of only two Energy. Consequently, early iterations of the deck employed a linear approach to achieving victory: take Knock Outs as quickly as possible using Dread End. The simplicity of the strategy was this deck's strength, but also its weakness. Competitors in the inaugural Players Cup effectively blocked and disrupted Eternatus VMAX using cards like Zamazenta V and Crushing Hammer.

New iterations of the Eternatus VMAX deck feature any number of additional attacking Pokémon, strategies to attach more than one Energy card per turn, and some even include cards that inflict status conditions on the opponent's Pokémon. Prepare for Eternatus VMAX to emerge from the darkness. 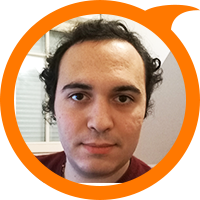 Stéphane Ivanoff: All of the decks that made the Power Rankings use three-Prize Pokémon, whether they're TAG TEAM Pokémon or Pokémon VMAX. Indeed, regular one-Prize Pokémon may be at their weakest point in years. There's still hope for them, however!

Blacephalon may not be the powerhouse it was last season since Fiery Flint rotated out, making it slower to reach the amount of Energy needed for big Knock Outs, but it can trade favorably with bigger Pokémon, so it's still a threat to watch out for.

On the opposite side of the spectrum, there are still a few Control players using Trainer cards like Crushing Hammer, Reset Stamp, Jessie & James, and Chip Chip Ice Axe, supported by Pokémon such as Excadrill and Cinccino, to get rid of their opponent's cards and create a lock preventing them from doing anything. This archetype is also weaker than last season due to the loss of Oranguru, but it's still around.

Finally, there are some Pokémon like Decidueye, Galarian Obstagoon, and Altaria that can contend with Pokémon V and Pokémon-GX, not because they deal more damage, but simply because their Abilities or effects make them immune to them. Against some decks, a single Decidueye is all that's needed to guarantee victory.

If you're a fan of underdogs, be sure to cheer for these kinds of decks in the Players Cup! 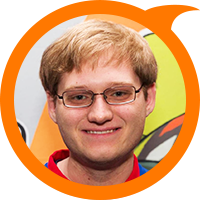 Christopher Schemanske: We've continued to see TAG TEAM Pokémon-GX dominate the competitive landscape well into this first year of Pokémon V. I'm excited to see whether players in the Players Cup II Region Finals come up with a new approach that changes that course, or if the TAG TEAMs hang on for another round—I think my money is on the TAG TEAMs, and especially Arceus & Dialga & Palkia-GX with Zacian V. I don't think I can remember a deck as thoroughly dominant as that one is right now throughout my entire time in the Pokémon TCG. Beyond seeing how the TAG TEAMs fare, I'm even more excited to see what will happen in the Players Cup II Finals, where we'll see Sword & Shield—Vivid Voltage, and the exciting new strategies it will offer, debut. 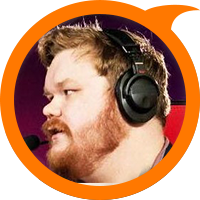 Kenny Wisdom: Players Cup II is the most excited I've been to watch a tournament in a long while. Though I'm sad I won't be commentating the Region Finals stream myself, I couldn't be more hyped about the commentary team that has been chosen for this event. We're going to hear a nice mix of voices from North America and Europe at the caster desk, and I know everyone involved is deeply talented at what they do and even more deeply passionate about bringing all of you the best possible viewing experience. I don't get the chance to watch many of the tournaments live these days, but you can bet I'll be glued to the screen with each new episode. 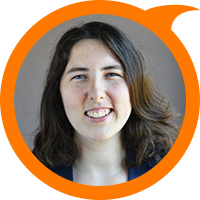 Ellis Longhurst: The five decks discussed in this edition of Power Rankings should already be very familiar to Pokémon TCG fans—they were the top performers at the inaugural Players Cup. Despite this, new and exciting gameplay awaits in Players Cup II! The way that these five decks interact with each other has changed dramatically, as players have developed new strategies. For example, Centiskorch VMAX and Eternatus VMAX decks now make use of a variety of attackers. This means that unlike in the last tournament, matches are unlikely to be decided by Pokémon like Bronzong and Zamazenta V. 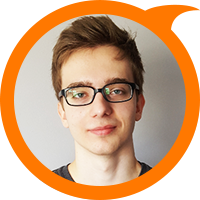 Robin Schulz: As a competitor, I'm very excited about the Players Cup II! The Region Finals for it used a much-refined system and introduced a real competitive environment to the Pokémon Trading Card Game Online. All the players that made it to the playoffs certainly had to earn their spot, and I think we can expect to see some great matches on stream!

I'm happy that the Play! Pokémon team is trying to give players the chance to compete under the current circumstances and hope we will continue to have these Players Cups even once live events resume.