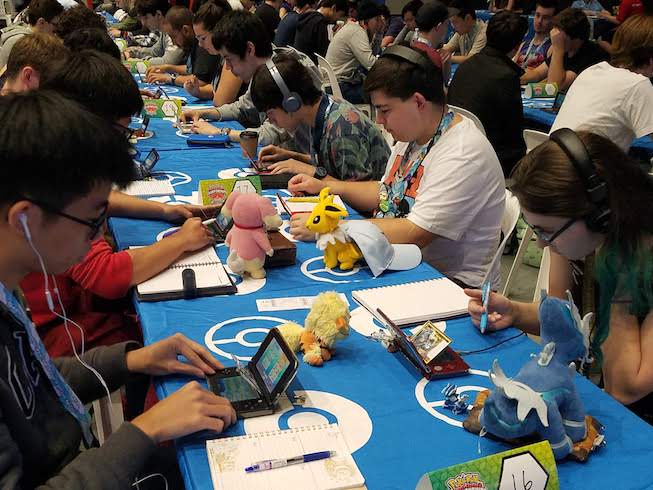 While the Moon Series shook up the format by reintroducing Z-Moves, some Pokémon remain top contenders and continue their reign of dominance from the Sun Series. Incineroar, with access to the move Fake Out and the Intimidate Ability, continues to be a staple support Pokémon of many teams. Despite Kyogre and Groudon, two of the most common Restricted Pokémon, having powerful type advantages over it, it still cycles Intimidate frequently enough to provide valuable longevity for the rest of its teammates, namely Xerneas (Restricted Pokémon are the powerful Legendary Pokémon normally prohibited from tournaments). The potent combo of Power Herb, Geomancy, and the Fairy Aura Ability can lead to games ending quickly if the opposing Trainer does not have a check to Xerneas.

Trainers competing in the 2019 Oceania International Championships saw the power of this duo, with 61% of the Trainers opting to use the Life Pokémon as one of their two Restricted Pokémon in the Masters Division. The strength of Xerneas and Incineroar showed throughout the entire tournament; all eight Trainers in the Masters Division top cut brought this duo!

Despite the dominance of this pairing, some Trainers managed to get creative while playing at the top tables, barely missing out on the top cut. Jesse Beard's Jynx showcased its niche role in one of the last rounds of Swiss: the combination of Dry Skin, an Ability that heals the Pokémon whenever it is hit with a Water-type attack, and moves like Fake Out and Icy Wind, gives Jynx a lot of support options for the rest of the team. Juan Naar had a similar thought process with his Heliolisk, also bearing the Dry Skin Ability. Juan's Heliolisk used the rarely seen Eerie Impulse to drop the opposing Pokémon's Special Attack stat by two levels, which is impactful in a format that boasts a lot of strong Special Attackers.

Perhaps the Restricted Pokémon that gained the most from a Z-Move in the Moon Series was Lunala. Many Lunala throughout the weekend used the combination of Psych Up to copy Xerneas stat changes followed by its powerful Menacing Moonraze Maelstrom Z-Move to throw out devastating amounts of damage onto opposing Pokémon.

Another Pokémon that had a strong showing in the Masters Division was Volcarona. The Sun Pokémon has the important resistance to Fairy-type attacks and provides support with moves such as Tailwind, Whirlwind, and Rage Powder. With Firium Z and an excellent Special Attack stat, Volcarona can fire off a devastating Inferno Overdrive capable of knocking out an opposing Xerneas in one hit, even without intense sunlight! Justin Burns and James Katsaros used Volcarona and ran hot, both finishing as semifinalists.

He had some tough competition—his opponent, James Gilbert of Australia, was piloting a team that his older brothers in the upper divisions had used to great success. Justin lost the first game of the finals after being put into a position where his Kyogre could not take out the remainder of James's Pokémon, but he kept his cool and never allowed that situation to happen again. He protected his Xerneas well and put on the pressure to secure his Championship win. He has over 2000 Championship Points, so it's certain that he will be a contender for a deep run at the World Championships!


A Lunala Eclipse in the Senior Division!

The Senior Division final was also a thrilling match, showcasing Juan Salerno from Argentina and his Lunala/Xerneas duo vs. the Groudon/Xerneas duo from Luca Paz of the United States. Luca's team, utilizing a faster Xerneas, picked up a key Special Attack drop against Juan's Lunala after it had copied a Xerneas' Geomancy boosts, allowing Luca's Xerneas to survive an attack and seal a game one victory. Luca continued to apply pressure in the second game, and it quickly came down to Juan's final two Pokémon, Lunala and Xerneas, both heavily damaged. Fearing the opposing boosted Xerneas, Luca made a defensive play that created an opening for Juan's Lunala to use Psych Up on his own Xerneas. The combination of a boosted Lunala and a boosted Xerneas saved Juan's tournament life and forced a decisive game three.

There, Juan's hyper offensive Xerneas supported by an Amoonguss using Spore blew the game wide open and left Luca with no choice but to forfeit after key Pokémon on Luca's side were knocked out so quickly. This is a big win for Juan, who had finally won his first International Championship after making it to the top cut several times before.


The Most Thrilling Slugfest 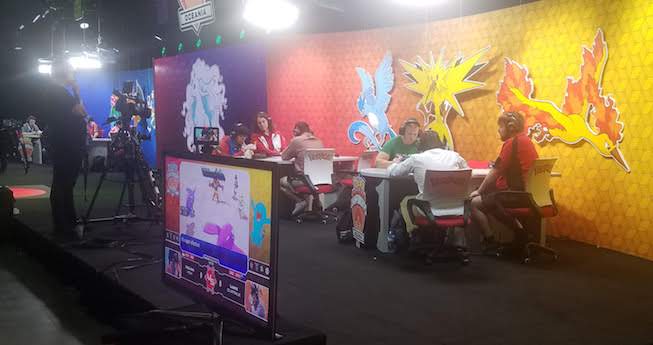 Rounding out Championship Sunday, the Masters Division final featured two Finalists who were no stranger to the International Stage. Eduardo Cunha, from Portugal, was a semifinalist at the 2016 World Championships and has since finished in the Top 16 of multiple International Championships, never quite making it to the top cut. Luke Curtale, from Australia, had reached top cut in his home International Championships three years running, and this year capped his deepest run. Eduardo finished undefeated in Swiss, while Luke had a tougher path to the finals. Luke had lost his round one match on stream, meaning he had to go undefeated the rest of the tournament to guarantee his spot in the top cut. Sure enough, Luke did, including a thrilling set on stream in the last round of Swiss to guarantee his position.

Both Trainers had the same six Pokémon, but each team had slight differences in their makeup. Game one was a back-and-forth battle with both Trainers trying to find a board state that suited them, ultimately leading to opposing Stakataka facing off with one another after receiving Beast Boosts to bolster their Defense stats. Luke's Stakataka, however, was more damaged than Eduardo's going into this matchup, and fainted after burning up more than half of the 50 minutes allotted per round.

Game two opened with Luke getting a big knockout on Eduardo's Lunala with a Menacing Moonraze Maelstrom from his own Lunala, after Eduardo had incorrectly predicted that Luke would not open with such a gambit. Luke's play in game two did not allow Eduardo to recoup after the opening turn, forcing a game three with the round timer running low enough that both Trainers knew game three would likely end on timer.

Both Trainers played cautiously in the final round, with each playing for board position that would not allow either competitor to get ahead on Pokémon. Luke seemed to gain the stronger position when he picked up the first KO on Eduardo's Smeargle as time expired. With the clock expired, three more turns were to be played, and then judges would assess who had the advantage after the final turn. Eduardo was not out just yet: A defensive play by Luke to maintain his Pokémon advantage opened up an opportunity for Eduardo to knockout Luke's Smeargle, as well his incoming Lunala in the first extra turn! Luke, realizing that he was not in position to take any more knockouts in the next two turns, admitted defeat and extended his hand for the final handshake.

After a grind-out first game that saw two Stakataka facing off against each other head-to-head, the audience did not expect such a thrilling finish to what may have been one of the most exciting Masters Finals matches in VGC history! 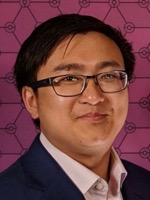