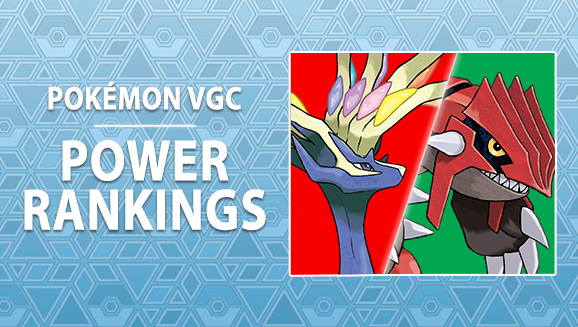 We've enlisted five of the top Pokémon video game minds to help us try out a new feature on Pokemon.com, the Pokémon Video Game Power Rankings. These experts have weighed in on the top teams of the current format as we head into the 2019 Pokémon North America International Championships in Columbus, Ohio, on Friday, June 21. Read on to see where we ranked the top teams and why.

Plus, in the “Parting Shots” section below, hear from our VGC experts on what they'll be watching for when the matches begin. Be sure to watch the action on Twitch.tv/Pokemon and Twitch.tv/PokemonVGC to see how our panel's picks fared!

Xerneas and Groudon have earned their place in the past and present as the most formidable archetype in the format because of their damage output and the versatility of Pokémon that can support them. Standout partners include Incineroar, which can use Fake Out or its Z-Move to disable opponents and lets Xerneas use Geomancy, and Tapu Fini, which helps control Speed with Icy Wind and terrain with its Misty Surge Ability. Together, these four Pokémon prove a greater challenge for the Kyogre, Gengar, and Bronzong team that successfully countered Xerneas and Groudon teams in 2016.

Davide Carrer became the 2019 European International Runner-Up by rounding the team out with Salamence and Amoonguss, while other top players such as Eric Rios and Faaiz Ashfaq completed their teams with Gengar and Therian Forme Landorus instead. It's a difficult task to prepare for all the different variations of this archetype, making it a strong front-runner heading into the 2019 Pokémon North America International Championships.

Players who want to wash out Groudon in Columbus should turn to Rayquaza and Kyogre. The combination of Kyogre's powerful Water-type attacks and Rayquaza's Air Lock Ability allows for an instant knockout on Groudon—even when Desolate Land is active.

Keeping overwhelming pressure on Groudon and its most common partners is important for the team's overall success. Rayquaza and Kyogre should be paired with Pokémon able to resist strong attacks from Xerneas and to help keep Rayquaza and Kyogre moving first every turn. Common Pokémon for this role include Stakataka with Trick Room and Crobat with Tailwind. Somewhat ironically, as Groudon gets more popular, teams with Rayquaza and Kyogre can only become stronger, so this archetype was ranked second due to the resurgence of Groudon and Xerneas.

Bursting onto the scene in its namesake series, Ultra Necrozma can overwhelm its opponents with huge amounts of Psychic-type damage. That damage is amplified by the Psychic Terrain set by Tapu Lele, its most frequent companion. Thanks to Ultra Necrozma's high Speed and Tapu Lele's commonly held Choice Scarf, they're able to unleash destruction on Pokémon such as Mega Rayquaza, Xerneas, and Primal Groudon before they can even move.

Primal Groudon is the most popular restricted Pokémon partner for closing out the game after Ultra Necrozma and Tapu Lele have cleared a path through the opposing team, but either Primal Kyogre or Xerneas can easily take its place. This archetype is commonly supported by Incineroar, Stakataka, Salamence, and Smeargle. This archetype was ranked third because it can punch holes in increasingly popular Rayquaza archetypes with ease.

Xerneas paired with Mega Rayquaza are typically taught the same four moves Trainers have come to expect: Dazzling Gleam, Moonblast, Geomancy, and Protect. What's unique about this duo in the Ultra Series can be attributed to Pokémon discovered more recently, such as Incineroar and Tapu Fini, and the bulky offense they offer the team.

Tapu Fini can sometimes knock out a fully healthy Primal Groudon while Rayquaza's Air Lock Ability is active, even when it has no training in Special Attack. The team's training can favor defensive stats thanks to their support Pokémon. The 2019 European International Champion, Flavio Del Pidio, put this strategy on display by training his Xerneas to survive a Sludge Bomb from a Mega Gengar and by giving his Rayquaza the defensive Assault Vest to hold.

Rayquaza and Xerneas won the last International Championships, so expect players to have some specific moves or Pokémon to take this duo down.

Lunala and Groudon's success came predominantly in the Moon Series, but this flexible and defensive duo has a lot of potential in the Ultra Series. Many teams rely on Tailwind for Speed control, so counteracting it with Trick Room is a huge advantage. Lunala's immunity to Fake Out makes it a great primary Trick Room setter, and its Shadow Shield Ability further boosts its defensive capabilities. With Wide Guard for additional support and Lunalium Z to attack, it combines great support options with one of the strongest attacks in the format.

Primal Groudon covers most of the bigger threats to Lunala, especially Incineroar. And once under Trick Room, Primal Groudon can easily cut through unprepared foes with Precipice Blades. The two are often paired with Tapu Fini to alleviate the threat of Amoonguss's Spore, and don't be surprised to see Incineroar, Mega Salamence, and Stakataka alongside them, either. This is a core I personally believe will perform extremely well, especially if the team is prepared for its tough matchup with Yveltal. 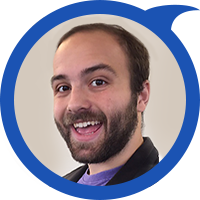 Aaron Traylor: The best Pokémon in the format are less comparatively powerful than those in years past. More freedom in team choice is viable for deep tournament runs in this format because there are more restricted Pokémon combinations possible, and because there are no outstandingly powerful Pokémon like Smeargle with Dark Void in 2016 and Kyogre holding a Choice Scarf earlier this year.

Secondly, more players than ever before are willing to completely abandon the popular team cores and support Pokémon in favor of novel team compositions. Trainers that want the title of North American International Champion will not only have to defeat the most popular archetypes from earlier in the season, but will also have to take on players running previously unexplored team compositions with innovative support Pokémon, such as Whimsicott, Shedinja, Celesteela, Ditto, and Accelgor. 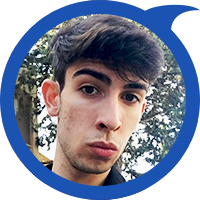 Alex Gomez: With Dragon Ascent Rayquaza finally being unleashed for Ultra Series, it is finally among the top Pokémon used—and one to watch out for. Trainers have been making the most of Rayquaza's incredible attacking stats using the items Life Orb and Choice Band, or defensive items like Assault Vest and Focus Sash, to ensure that Rayquaza's Ability stays active and that it gets at least one key attack off. Rayquaza's variety of powerful secondary attacks, including Overheat, Earth Power, Crunch, and Draco Meteor, are all great against specific Pokémon. Michael Lanzano and Collin Heier recently showed Rayquaza's power at the last North American Regional by giving it an Assault Vest and teaching it Overheat to defeat Grass types and Earth Power for the many Fire-, Poison-, Rock-, and Steel-type Pokémon running around. 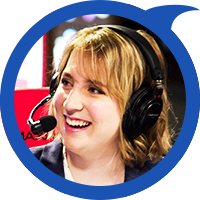 Gabby Snyder: While restricted Pokémon are the highlight of the 2019 format, competitors will need to be creative with the rest their teams to wrap up their invitations to the 2019 Pokémon World Championships. One unexpected combination growing in popularity is Mega Mawile and Kommo-o with its Z-Crystal. Dragon-type Pokémon were avoided early on this season, but Mega Mawile can use Iron Head to threaten the Fairy-type Pokémon that previously deterred Trainers. At the same time, Mawile's Intimidate Ability weakens Kommo-o's Flying-type counters like Mega Salamence and Mega Rayquaza, and Sucker Punch's increased priority helps threaten other popular picks like Mega Gengar. With these key Pokémon mitigated, Kommo-o is free to use Clangorous Soulblaze to boost all its stats and become a serious threat. 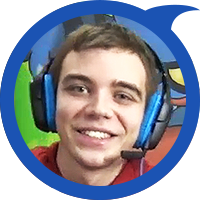 Justin Burns: One thing I find very interesting about Ultra Series is that there isn't a single dominant team in the format yet. We might be getting closer to one team pulling ahead of the pack with Groudon and Xerneas winning consecutive Regional Championships in North America, but even those teams featured very different approaches to team building around the duo. The 2019 Pokémon North America International Championships will be the last chance for a team to lead the field at a major tournament before players turn their attention to the World Championships, so all eyes will be on this event to see how things shake up. 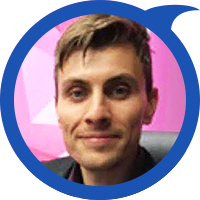 Lee Provost: One of the things I would be looking to focus a lot of my attention on going into the 2019 Pokémon North America International Championships would be Mega Manectric. It's been one of the Mega-Evolved Pokémon I feel that has been a little overlooked this season. But it has incredible base Speed combined with those Lightning Rod and Intimidate Abilities pre- and post-Mega Evolution. It can pivot quickly out of battle with Volt Switch and has the potential to shut down opposing special threats with Snarl or Eerie Impulse. It really does have an arsenal of great options to damage and support these restricted Pokémon in the Ultra Series. You also have the option to pair it with Primal Kyogre and take advantage of a fast Water-type Hidden Power in the rain to be a sneaky check on Primal Groudon. Mega Manectric is definitely a Pokémon I wouldn't be surprised to see do very well at this event.

Aaron Traylor has been competing in Pokémon VGC since 2011 and placed in the Top 8 at the Pokémon World Championships in 2016. He believes that the friendship between Trainers and their Pokémon is ultimately what leads to success in battle. Outside of playing Pokémon games, he is a graduate student studying computer science and cognitive science.

Alex Gomez has been playing in the Pokémon VGC for 8 years, winning Regionals, Nationals, and placing second at the 2017 Pokémon European International Championships. You can find him online as PokeAlex.

Gabby Snyder is a contributing writer covering Play! Pokémon events for Pokemon.com. She competed in Pokémon VGC tournaments from 2009–2016, qualifying for the 2015 Pokémon World Championships. She is now a part of the commentary team for International and Worlds level competitions. She can be found online as GabbySnyder.

After playing his first VGC tournament in 2009, Lee Provost has had a number of top finishes including two third-place national finishes and multiple regional top cuts, plus finishing in seventh place at the 2014 Pokémon World Championships. He also began commentating for Play! Pokémon events in 2017. You can find him online as OsirusVGC. 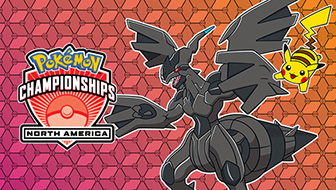 Learn more about the biggest Pokémon tournament of the year, and register to spectate or compete.

Learn more about the biggest Pokémon tournament of the year, and register to spectate or compete.