For the third year in a row, a European player claimed the title of North American International Champion in the Masters Division, with reigning champion Stéphane Ivanoff successfully defending his title after Tord Reklev won in 2017. In the younger age divisions, we saw two redemption stories, as each of last year's runners-up became champion. Isaiah Bradner won the Senior Division and Benny Billinger won the Junior Division.

This year's North America International Championship will be remembered by the strong diversity of decks that had a strong chance to win it all, as well as deck variants that took the field by surprise. Let's take a look at some of the strategic storylines from the weekend.

One of these wins was this weekend, with Stéphane successfully defending his title and giving Zoroark-GX one last win in Standard. He also won this event last year with his Zoroark-GX/Garbodor deck. (Watch the Masters Division finals on YouTube.)

Isaiah became the Senior Division Champion using a similar list to Stéphane's. The two players were in the same training group that worked on the deck in the week before the tournament. Their decks used some new cards from the Sun & Moon—Unbroken Bonds expansion, adding more strategic depth to an already successful Zoroark-GX archetype. (Watch the Senior Division finals.)

One of those cards was Persian-GX, which raises the deck's damage ceiling by attacking for 190 damage when there are nine Pokémon in your discard pile. Equally important is its Cat Walk Ability that adds a powerful search option, making an already consistent deck even more potent.

Dewgong originally saw play in the deck as a counter to Fire-type Pokémon, but the card brings even more to the table. Players made great use of its Dual Blizzard attack, sniping multiple Pokémon for Bench knockouts and setting up other Pokémon for knockouts later in the game.

Stéphane and Isaiah took this spread strategy further, playing Giratina to use its Distortion Door Ability and spread additional damage, allowing them to put just enough damage on the board to set up knockouts.

The big innovation of the weekend was Naganadel-GX, an idea that Stéphane credits to Australian player Henry Brand. When Naganadel-GX first came out in the Sun & Moon—Forbidden Light expansion, players wondered whether its Stinger-GX attack might be strong, but it wasn't until this weekend that we saw it put to good use in a winning deck. With Triple Acceleration Energy's release in Sun & Moon—Unbroken Bonds, the attack became a lot easier to power up.

The power of this attack was on full display in both the Masters and Senior Division finals. We first saw it used in the Senior's final, with Isaiah setting up two Weezing and a Tapu Koko with 100 damage each. He then used Stinger-GX to put both players to three Prize cards. With these three Pokémon close to being knocked out, Isaiah used Giratina's Distortion Door Ability and Mew's Psypower attack to place the last five damage counters he needed and secure the win. 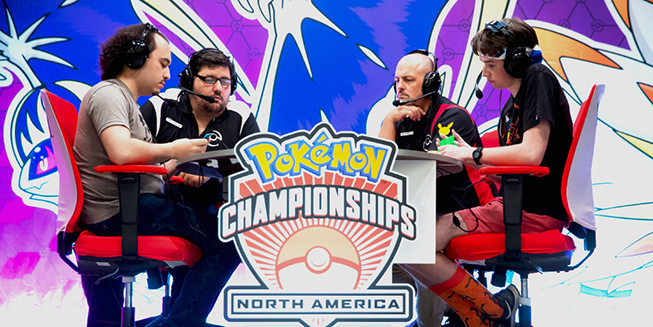 In the first game of the Masters Division finals, we saw take a similar tack. Stéphane used Stinger-GX, then knocked out a Marshadow and Pikachu & Zekrom-GX to win, a two-knockout combo that would normally leave a player two Prize cards away from winning.

Stéphane's and Isaiah's wins gave Zoroark-GX a great sendoff from the Standard format. It'll be fun to watch which decks have a chance to break through moving forward as players turn their attention toward the World Championships in August.

Pokémon-GX were at the center of most of the popular decks heading into the tournament, but many players found success in decks built around non-Pokémon-GX aimed at creating favorable Prize card trades. It was interesting to watch how each deck achieved success in its own way, and to see these decks rise as a group to counter the awesome power of Pokémon-GX.

The most successful of these approaches was Zapdos with Ultra Beasts, which Benny Billinger used to win the Junior Division. And in the Senior Division, we saw Regan Retzloff take a Weezing spread deck to a second-place finish, losing a close finals match. 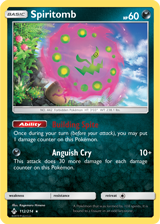 Another of the most successful non-Pokémon-GX of the weekend was Spiritomb. It saw play as an attacker in Zapdos decks, and there were some decks built around it entirely. One of these decks was on display in the Junior Division finals, with Evan Pavelski playing a Spiritomb/Umbreon/Honchkrow-GX combination that focuses on using one-Prize card, one-Energy attackers. The deck plays Black Market Prism Star to deny the opponent from taking Prize cards, giving the deck a very favorable situation against other decks if they are unable to remove the Stadium from play. (Watch the Junior Division Finals).

Another successful Spiritomb deck from the weekend was the Stunfisk/Spiritomb deck Hunter Butler played to a Top 8 finish in Masters. This deck attacked with both Pokémon, using Damage Mover to spread damage counters around and power up the damage output of Stunfisk's Electric Trap attack. Spiritomb hits hard for a single-Energy attacker. With Hustle Belt attached, it can dish out 220 damage via Anguish Cry if you use Building Spite to put five damage counters on it.

One more non-Pokémon-GX deck that performed well this weekend was Blacephalon, which Nathaniel Kaplan took to a Top 4 finish in Masters. The deck uses Blacephalon's Fireball Circus attack to take one-hit knockouts.

While these decks stand out for using non-Pokémon-GX to create favorable Prize card trades, most still have room for at least some Pokémon-GX that provide powerful attacks and Abilities. 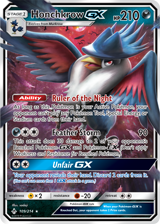 For example, the Spiritomb decks typically included Honchkrow-GX. That card's Ruler of the Night Ability can counter Special Energy decks—such as Zoroark-GX and Weezing—and its Feather Storm's spread effect can finish off Pokémon-GX that Spiritomb and Umbreon fell short of knocking out. The Blacephalon deck played Blacephalon-GX, as well, which can finish a game by taking an easy prize with its Burst-GX attack.

In the Junior Division finals, we saw Benny effectively use Pheromosa & Buzzwole-GX‘s Beast Game-GX attack to take extra Prize cards and gain an advantage in a different way.

Among the decks favored to win this tournament heading into the weekend were a pair of TAG TEAM-focused decks: Pikachu & Zekrom-GX and Reshiram & Charizard-GX. Indeed, these were the two most popular decks at the tournament, but neither helped earn a Championship trophy in any age division.

Pikachu & Zekrom-GX got the closest, with Emery Taylor losing to Stéphane in the finals. 2017 World Champion Diego Cassiraga also took the deck to a Top-4 finish this year, but he, too, lost to Stéphane.

Despite being the most popular deck in the division, Reshiram & Charizard-GX couldn't crack the Top 8 in Masters. One player made Top 8 in the Senior Division with the deck, and three made Top 8 in Juniors. All four players lost their Top 8 matches, however. This was an especially difficult tournament for Reshiram & Charizard-GX decks to win because players came ready for it with Water-type Pokémon, single-Prize card attackers, and Naganadel-GX.

Still, it's unlikely that either of these TAG TEAM-focused decks will be hit too hard from the rotation, and they remain among the early favorites to be used at the 2019 Pokémon World Championship in August. So don't expect these cards to go away soon.

With the final International Championship of the season in the books, the entire competitive Pokémon community turns its sights toward the World Championships in Washington, DC this August. With both the release of the new Sun & Moon—Unified Minds expansion and the Standard rotation taking place between now and then, the metagame landscape is certain to get quite the shake-up.

Keep checking Pokemon.com for coverage and analysis of the Pokémon TCG World Championships and beyond! 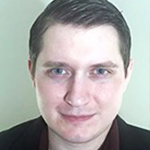