A Look at the Big Pokémon TCG Battles in Berlin

The Pokémon TCG event had its fair share of surprises at all levels of play. With precious Championship Points on the line toward the upcoming Pokémon World Championships, every battle was critically important. Check out the highlights of all three days from Europe's largest Pokémon TCG tournament to date. 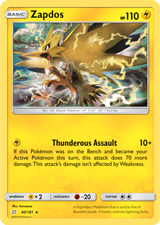 With the Sun & Moon—Team Up expansion out since early February, players came into this competition with months of experience in the current format. The previous International Championships in Oceania saw the debut of many powerful Lightning-type archetypes focused on Zapdos and Pikachu & Zekrom-GX from the most recent expansion. Of these, Zapdos combined with Jirachi was able to deliver the title to Isaiah Williams of the USA. The question on all players' minds this weekend was would these Lightning-type focused decks continue to dominate, or would a new archetype emerge to claim the tournament victory?

While the metagame was fairly stable, there was one twist: the Detective Pikachu expansion became tournament legal for the first time this weekend. Many players were wondering if any of the cards in the set could make an impact on the metagame and change the established order of the decks in use. 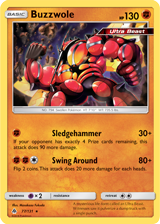 The answer, as it turned out, was “sort of.” Whilst many rogue archetypes emerged over the weekend, Pikachu & Zekrom-GX still featured most heavily in the top tables, composing half of the Masters Division top cut and both finalists. Three of the remaining players used Zoroark-GX/Lycanroc-GX decks; the final Top Cut player was Ondrej Skubal, who played his own twist on the Zapdos/Jirachi deck that won the Oceania International Championships. His version incorporated Ultra Beast tech attackers such as Buzzwole and Nihilego to swing the momentum with their respective Sledgehammer and Nightcap attacks. Each is devastating when the opponent has a specific number of Prize Cards remaining.

Players using Pikachu & Zekrom-GX decks adapted by including several copies of Zapdos for early aggression, giving them the ability to switch strategies should the situation call for it. A lot of Zoroark-GX/Lycanroc-GX players made a subtle but important change, adding Lucario-GX for its Aura Strike attack, which is capable of knocking out Pikachu & Zekrom-GX in one hit. These changes weren't for everyone, though—many also stuck to the tried and tested formulas that have given these decks so many successful results since they've joined the Standard format. 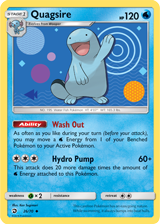 Some of the other interesting decks we saw over the weekend included the Quagsire/Naganadel deck used by Simon Humphrey, who took the stage in the last streamed match of the Swiss round on Day Two for a win-and-in match into the top cut. Unfortunately, his fairytale story ended at the hands of the decorated Pokémon TCG veteran Philip Schulz, the brother of current world champion Robin Schulz. We also saw a new archetype focusing around Shedinja to deny prize cards with Vessel of Life, Zebstrika to draw through the deck with Sprint, and Slowking to put key resources from the opponent's hand into the Lost Zone with Memory Melt. And Marshadow continued to be prominent in many of the top decks with Let Loose able to swing the outcome of many a game due to either a fortunate or unfortunate draw!

Also featuring in the top 8 were familiar faces Alex Silva of Brazil, Ondrej Skubal of the Czech Republic, Brent Tonisson of Australia, Philip Schulz of Germany and Rahul Reddy of the USA. Rounding out the group was newcomer Arjan Nagel of the Netherlands, who managed an impressive finish in his very first International Championships. 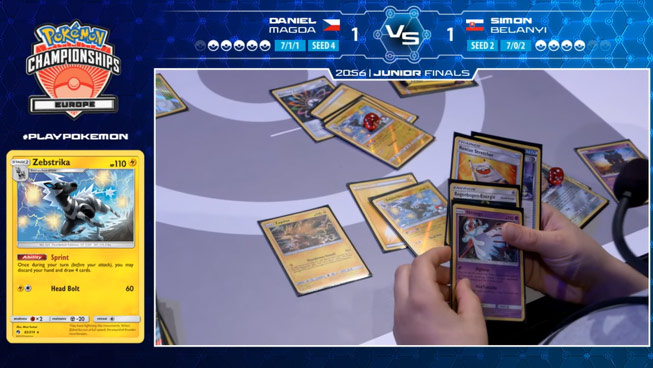 The Junior and Senior Divisions saw different decks triumph than those in the Masters Division. For the Juniors, Simon Belanyi of Slovakia used a Malamar/Ultra Necrozma deck to defeat the Zapdos/Ultra Beast deck played by Daniel Magda of the Czech Republic. The conclusion of the Junior Division Championships was the closest finals match of the weekend, with a back-and-forth series ending in a very close win for Simon. His was notably the only non-Lightning-type deck to win across all three age divisions. It gave him a second straight International Championships victory, following in the footsteps of Tord Reklev.

In the Senior Division, we saw the first ever Pokémon TCG Europe International Champion Tanner Hurley from the USA take on the UK's Alex Mason in a mirror match of the Zapdos/Jirachi deck. Both of their decks also featured Ultra Beasts Buzzwole and Nihilego. Unfortunately for Alex, a series of tough draws off Marshadow's Let Loose Ability—Tanner's Marshadow in game one, and his own in game two—meant that Tanner was able to win both games in quick succession to regain his lost title of European International Champion! 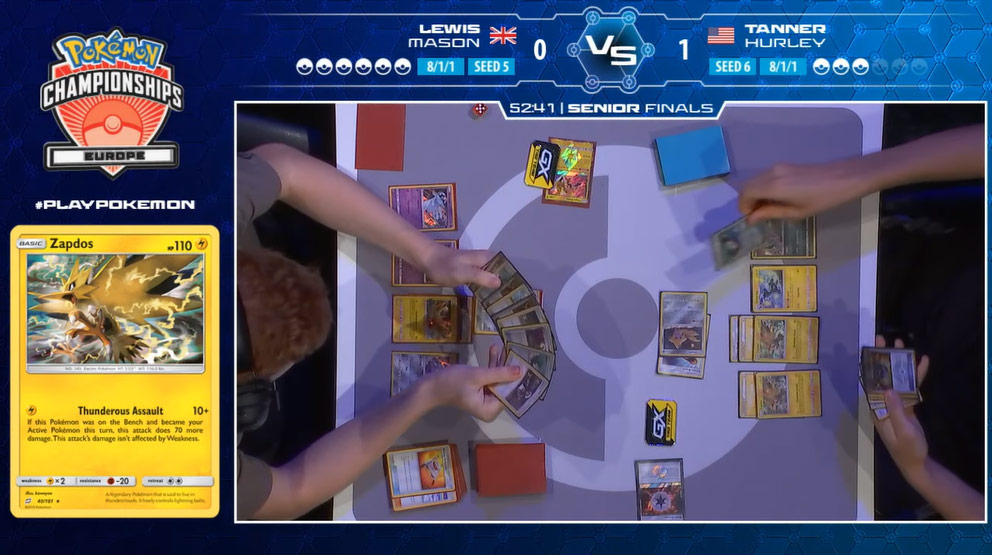 Be sure to keep checking Pokemon.com for all your Pokémon TCG news and updates! 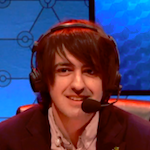 Nicholas Pearce
Nicholas Pearce is a lifelong Pokémon fan who has been playing the Pokémon TCG competitively since 2011, with finishes in the top-16 of the World Championships in 2016 and 2017. He has been a Play! Pokémon event broadcaster since 2016, doing events in Europe and South America. He holds dual citizenship of the UK and Brazil and is fluent in both English and Portuguese.