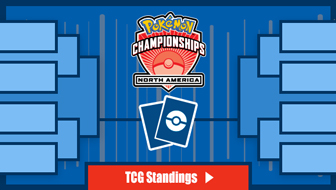 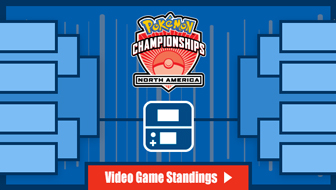 Registration for the event is open to all players in good standing with the Play! Pokémon program. Players must have an active Play! Pokémon account with current and accurate information. If there's an issue with your account, it must be reported to customer service before Friday, June 16, 2017.

This competition will use the 2017 Pokémon VG Championship Series format. Players must comply with the Tournament Rules.

The schedule of events is dependent on the number of competitors, and will be announced on site. All finals matches will be played on Sunday, July 2.

Play for the VGC Masters Division will commence as follows:

Play for VGC Junior and Senior Division players will commence as follows:

Competitors who have not picked up their badge, checked in, and had their Battle Team locked prior to the start of Round 1 for their age division will be dropped from the main tournament, but will still be permitted entry into the event space.

Players must have the following things with them for this tournament:

Prizes are awarded to the top players in each of three age divisions. Players must have a Pokémon Trainer Club account with a Player ID attached, and must have opted in to the Play! Pokémon program to earn points and awards.

For the Pokémon TCG and Video Game International Championships, the format of each prize is dependent on the age of the recipient. Here are the Internationals prizes for the 2017 Play! Pokémon Championship Series season.

VG International Championships with age division attendance of fewer than 33 players will not receive prize money.