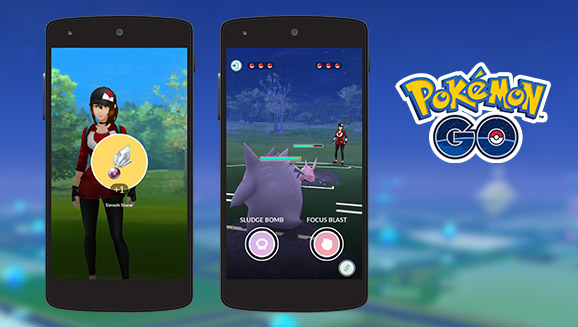 Pokémon GO is evolving with Trainer Battles, letting players go head-to-head with teams they've assembled. Check out some tips on which Pokémon should learn a new Charged Attack, which Pokémon to power up for Trainer Battles, and how to put together a winning team for matches against other players. You can battle against any Trainers who are nearby, or your Ultra and Best Friends anywhere, at any time. Get ready to prove you're the very best!

The spoils definitely make Trainer Battles worth trying, even if you're not that confident in your Pokémon team. You can get rewards from battling other Trainers three times each day and once daily from taking on an AI-controlled team leader. You'll get the same loot whether you win or lose, which can include rare items like a Sinnoh Stone, the item needed to evolve many Pokémon with Evolutions first discovered in Pokémon Diamond and Pokémon Pearl. Battles aren't just a lot of fun—they're also great if you're looking to collect the most-powerful Pokémon and complete your Pokédex! 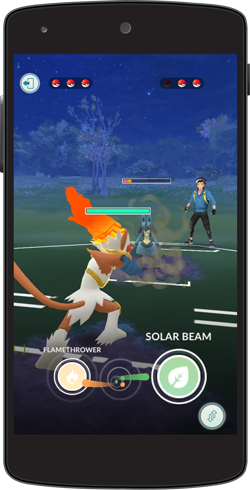 Whether you're planning to participate in a lot of matches against other players or not, the brand-new ability to teach your Pokémon a second Charged Attack should catch the eye of every Trainer. Learning these extra attacks doesn't come cheap, so which Pokémon should you prioritize?

Start out with Pokémon that will be effective in different kinds of battles, such as Raid Battles, attacking or defending Gyms, or Trainer Battles. Having two Charged Attacks is likely to make the biggest difference in Trainer Battles, where you'll have only three Pokémon available to cover an unknown team. You'll receive the smallest benefit in Raid Battles, where you'll be able to prepare for one known opponent. Or you can just choose your favorite or most-used Pokémon!

Some Pokémon will benefit more from a second Charged Attack than others. Pokémon do more damage when they use moves that match their own types. This means that dual-type Pokémon like Tyranitar, with two strong attacking types to pull from, gain more from having two Charged Attacks than a single-type Pokémon like Typhlosion, which will normally get the best bang for its buck just using Blast Burn. Keep an eye out for Pokémon that can learn moves that don't match their types but are super effective against popular foes. Teaching Alakazam or Registeel the Fighting-type attack Focus Blast might not make much sense for Raid Battles, but it'll make a big difference if you're expecting other Trainers to have the Normal-type Blissey.

Many Trainers have funneled their resources into Pokémon that can dish out damage as quickly as possible because of the race to beat the clock and earn Premier Balls in Raid Battles, as well as battling defensive specialists that are tough to knock out of Gyms. In Trainer Battles, you should value your Pokémon's stats more evenly. Matches are a race to knock out three Pokémon before your own three Pokémon are defeated, so taking less damage is just as valuable as dealing more.

Pokémon like Metagross that are strong offensively and defensively are especially prized in Trainer Battles, while specialists like Gengar may be a little trickier to use. Conversely, stout Pokémon that can contribute offensively, such as Blastoise, Meganium, Lugia, and Cresselia, will perform much better against other players than they do in Raid Battles because they'll get enough time to benefit from their defensive prowess. 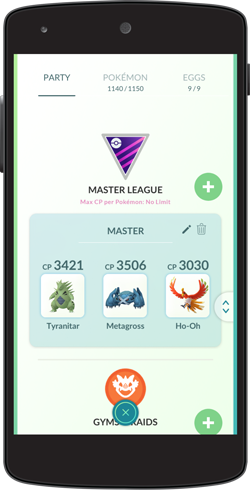 You'll only be able to use three Pokémon on your team in a Trainer Battle instead of the usual six, so it's crucial to pick Pokémon that work well together. Selecting three Pokémon of the same type can be fun, but you'll be in for a tough battle if you face an opponent that can take advantage of their weaknesses—especially because type effectiveness now makes a bigger difference in Pokémon GO battles than ever before.

Focus on putting together a trio of Pokémon that can cover each other's weaknesses and that can take on popular Pokémon effectively. Trainers have been including familiar trios of a Fire-, Water-, and Grass-type Pokémon on their Pokémon RPG teams because they cover each other's weaknesses nicely. More recently, Trainers have looked toward the combination of a Dragon-, Steel-, and Fairy-type on their team for a similar effect. Try to make sure your Pokémon don't share more than a couple of type weaknesses.

Each Pokémon on your team can now have two different Charged Attacks, giving you up to six total. You'll probably want each of these attacks to be from different types to maximize your flexibility unless you have a pretty good idea which Pokémon your opponent is likely to bring. Dual-type Pokémon on your team can make it easier to attack effectively with a variety of types, but be careful—many also have extra weaknesses. 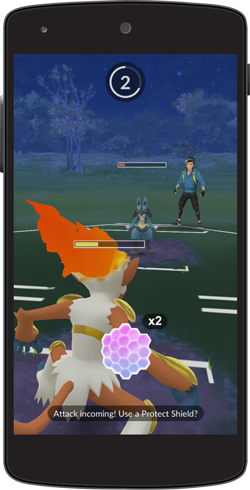 There's more to Pokémon GO Trainer Battles than tapping attacks and hoping your Pokémon end up on top. Assembling a strong team is a good start, but you'll need to outperform your opponent in battle to win. You have three main tools to manipulate the outcome of a battle—Protect Shields, Charged Attacks, and switching Pokémon.

On offense, you'll want to force your opponent to use their Protect Shields as quickly as you can to remove their ability to defend. Line up Charged Attacks that are sure to deal huge damage. Try to maintain matchups where you'll be able to use a supereffective Charged Attack—or at least one that matches your Pokémon's type and isn't resisted by the opponent's type.

Switching is a great way to avoid needing to use a Protect Shield altogether. If your Pokémon has a type advantage over the opponent, you'll have relatively little to fear, and you can even start building your own Charged Attack up. You may also want to switch in a Pokémon that resists your opponent's Charged Attacks just before they're ready to use them. Keep the path to winning the battle in mind—try to work your way toward a situation where your last Pokémon has a type advantage over your opponent's last Pokémon.


Preparing for the Great and Ultra Leagues

Before engaging in battle, you'll choose to compete in one of three different leagues that determine the maximum CP each Pokémon in your party may have. In the Great League, the maximum CP per Pokémon is 1,500. No Pokémon over 2,500 CP may be used in the Ultra League, while any Pokémon can be used in the Master League. Pokémon of the same CP will perform relatively similarly in battle, greatly expanding the pool of first-rate combatants in the Great and Ultra Leagues.

If you're hoping to use your favorite Pokémon in battle against other players without feeling at a disadvantage, these two leagues are absolutely the place for it. But there's still plenty of optimizations you can make with your team if you're looking to get ahead.

Most Pokémon can hit 1,500 CP, so you'll have an incredible number of options available to you in the Great League. Pokémon with lower maximum CP and tricky type combinations, such as Lanturn, could be great choices to mess with your opponents' strategies. You could even consider Pokémon that aren't fully evolved that may have stronger moves than their Evolutions!

Your Ultra League battles may wind up being more similar to Master League bouts with more powerful Pokémon available, but you'll have to consider a wider range of Pokémon because none will greatly overpower the rest. The Ultra League is a great place to bust out the Pokémon you caught during Community Day events. Venusaur, Charizard, Blastoise, Meganium, Typhlosion, and Ampharos all have maximum CPs right around 2,500, and their Community Day–exclusive moves will pack quite a punch!

The top Pokémon and strategies for the all-new Pokémon GO Trainer Battles are just beginning to be explored, so we're sure clever Trainers will discover some surprise strategies. Keep an eye on Pokemon.co.uk/Strategy for more tips on Trainer Battles as we watch this exciting way of battling develop! 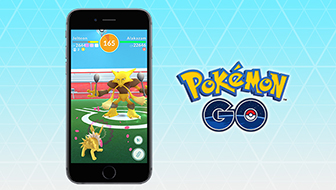