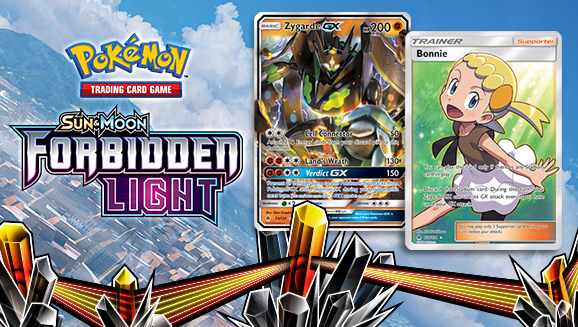 Chain a Flurry of GX Attacks with
Zygarde-GX

Pokémon-GX and their mighty GX attacks have become one of the most exciting parts of the Pokémon TCG since their introduction in the Sun & Moon expansion. Each Pokémon-GX has a unique attack, and these GX attacks are so powerful that you can't use more than one during an entire game—at least until Bonnie came along and transcended this restriction. The Supporter card Bonnie assists Zygarde-GX in an all-new way by allowing you to use that Pokémon's GX attack even if you've already used a GX attack earlier in the game—regardless of which Pokémon used the first GX attack.

Building your strategy around Zygarde-GX makes for a fun, unique playstyle along with enough power to match blows with any opponent. Check out this deck designed to squish your foes with a barrage of GX attacks. 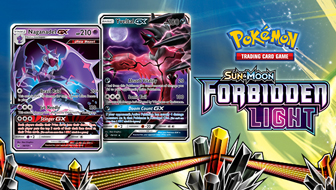 A Legendary Moment for Pokémon-GX

See the grandeur of Pokémon-GX coming to the Sun & Moon—Forbidden Light expansion. 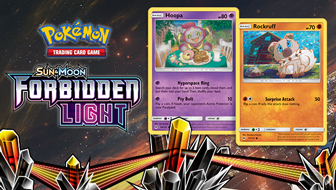 Take a closer look at some of the amazing cards in the Pokémon TCG: Sun & Moon—Forbidden Light expansion.

The primary goal of this deck is to combine Bonnie with Zygarde-GX to pump out damage while maintaining Verdict-GX's added effect—preventing all damage done to Zygarde-GX by attacks from opposing Pokémon-GX and Pokémon-EX during the next turn. Verdict-GX makes Zygarde-GX impervious to the attacks of almost every prevalent attacker in the Standard format, creating quite a conundrum for your opponents.

As you might expect, such a powerful combination is tough to execute. You'll need Zygarde-GX as your Active Pokémon with enough Energy attached, as well as a fresh Bonnie and Stadium card in play each turn. This deck includes plenty of cards to make sure you can find what you need at the right time. 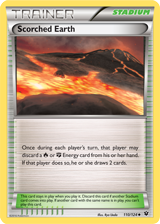 Two copies of Scorched Earth and Parallel City help make sure the requisite Stadium is in play. Both cards provide quick benefits before Bonnie dismantles them. Scorched Earth gets you cards by discarding Fighting Energy, which helps Zygarde-GX power itself up with the Cell Connector attack, and Parallel City can force your opponent to discard valuable Benched Pokémon—or allow you to discard your own unwanted Benched Pokémon, like Tapu Lele-GX.

You'll need to play Bonnie as often as possible to execute your strategy, so you'll need a way to draw cards without using up your Supporter for the turn. Enter Zoroark-GX—a pack of them can quickly thin your deck with their Trade Ability, which lets you discard one card to draw two. Aggressive use of Trade will hopefully find the cards you need, and you can even retrieve them from the discard pile if Zoroark-GX digs up two Puzzle of Time. Zoroark-GX can also function as a secondary attacker in this deck, setting it apart from other Pokémon that help you draw cards like Octillery.

The focus on cards to help Zygarde-GX chain its GX attack makes it tough to fit high counts of the supportive cards common in other Fighting-type decks. Diancie Prism Star shines in this tough spot—it lets Zygarde-GX and the deck's lone Buzzwole-GX do an extra 20 damage with each attack, and the decision about how many copies to put in the deck is out of your hands (since it's a Prism Star card, you can only include one). The deck's sole Strong Energy, two Choice Band, and two Max Elixir may feel a little sparse, so use them carefully and get them back with Puzzle of Time if you can. 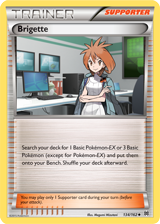 Your ideal start with this deck is to play a Brigette on turn one, netting you Zygarde-GX and Zorua, so search it out with Tapu Lele-GX if you need to. Start attaching Energy to Zygarde-GX, and try to discard some Fighting Energy with Ultra Ball, Professor Sycamore, or Zoroark-GX's Trade if you want to use Cell Connector. Professor Sycamore and Cynthia are best used once your Bench is full of Pokémon, but before you're ready to start chaining Verdict-GX.

Max Elixir can target only Benched Pokémon, so you'll need to keep a Zygarde-GX or Buzzwole-GX on your Bench if you're looking to make use of that Item card. Try to avoid attaching Energy to Zorua in this way unless you're concerned about your opponent using cards like Enhanced Hammer to destroy your Special Energy. Zoroark-GX can attack with only a Double Colorless Energy attached, and you'll have a much more difficult time fully powering Zygarde-GX.

Our example deck includes only two copies of Bonnie, but it has some tricks available to help find them. Zoroark-GX will ideally save you from spending additional resources to get Bonnie by finding her with Trade. If Trade fails, remember that you can search Bonnie out by playing Tapu Lele-GX—and you can search it out with an Ultra Ball. Be careful about playing Tapu Lele-GX recklessly, however—a well-timed Guzma to send Zygarde-GX to the Bench is a big threat to your strategy.

This deck doesn't excel at stacking damage boosts to the same extent as decks focusing on Buzzwole-GX, but Zygarde-GX can do 220 damage with help from a Choice Band, Strong Energy, and Diancie

. This is a serious boon against Lucario-GX and even Golisopod-GX. Remember that Zygarde-GX has a Weakness to Grass-type Pokémon, so you may be better off letting Buzzwole-GX and Zoroark-GX take a heavier role on offense against Golisopod-GX and other Grass-type strategies instead.

Zygarde-GX and Bonnie combine for a fun strategy that plays differently from every other deck. Try to see how many GX attacks you can get off in one game with this combination! We look forward to seeing how players use these exciting cards, and we hope you check back at Pokemon.co.uk/Strategy for more Pokémon TCG and video game strategy.

A Legendary Moment for Pokémon-GX

See the grandeur of Pokémon-GX coming to the Sun & Moon—Forbidden Light expansion.

Take a closer look at some of the amazing cards in the Pokémon TCG: Sun & Moon—Forbidden Light expansion.