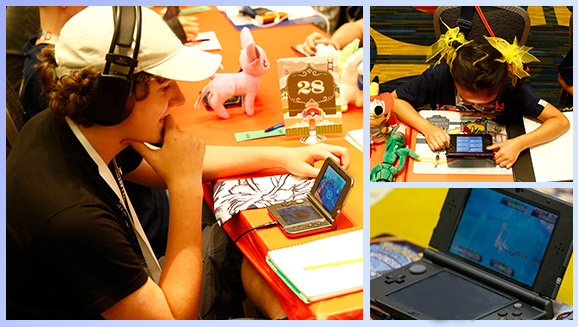 An Introduction to the Video Game Championships

Are you looking for a new challenge after completing your adventures in the Pokémon video games? Perhaps you watched some battles from the Pokémon Championship Series and wondered how you could get involved, or maybe you’re just looking to meet some new friends to play Pokémon with. It can be a lot of fun to participate in the Pokémon Video Game Championships, and participating in official Play! Pokémon tournaments is your chance to prove you really are the very best!

The Pokémon Video Game Championships (VGC) lets you battle against Trainers from all over the world and compete for great prizes throughout the year. Some Trainers prefer just to battle at local events from time to time, while others work toward the ultimate goal: an invitation to the annual Pokémon World Championships. Attending an event in person can be as simple as finding an event near you in our Event Locator, preparing your team, and heading out to compete.

What You Need to Know

Competing in a Pokémon video game tournament is simple. For the 2018 season, you’ll need to bring your own copy of Pokémon Ultra Sun or Pokémon Ultra Moon and a game system in the Nintendo 3DS family of systems. Most competitions require an entry fee—find out if your event does in the Event Locator or by contacting your local Tournament Organizer.

You must also bring a team that is legal for the competition you’re entering. A different group of Pokémon are prohibited from use in the Video Game Championships each year, but most other rules stay the same.

Mythical Pokémon, such as Mew, Magearna, and Marshadow, can normally be obtained only through special events and are never permitted in the Video Game Championships. Ash-Greninja is prohibited for the same reason. Typically, the most powerful Legendary Pokémon aren’t permitted either because they are just much more powerful than other Pokémon. Mewtwo, Groudon, Solgaleo, and Necrozma are all part of this group.

Some other Legendary Pokémon are always permitted for use, such as Zapdos, Cresselia, and Landorus. As Legendary Pokémon, they are more difficult to obtain, but their stats are comparable to strong Pokémon such as Dragonite, Tyranitar, and Kommo-o. Check out the Rules & Resources page to find a list of banned Pokémon for the current season.

The key rules of the Pokémon Video Game Championships stay the same every year, so each year’s format should feel familiar. You can always find the full set of current rules by visiting our Rules & Resources page and selecting the Play! Pokémon VG Rules and Formats link. 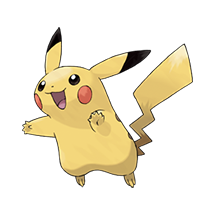 Battles in the Video Game Championships use the Double Battle format instead of the Single Battle format which you may be used to from your adventures or battling with your friends. Double Battles tend to finish more quickly than Single Battles, which keeps tournaments moving smoothly. Plus, some moves that might not have been very helpful in one-on-one fights, such as Follow Me, Helping Hand, and Protect, are much more powerful in Double Battles. So it’s important to put together a team of Pokémon that works well as a unit instead of just gathering powerful individual Pokémon.

Each Pokémon on your team must have a different Pokédex number. You won’t be able to use two Pikachu on your team, for example, or even two forms of the same Pokémon, such as Wash Rotom and Heat Rotom. You can give your Pokémon items to hold, but each of your Pokémon will need to hold a different item. 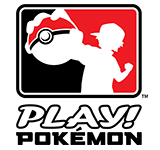 All Championship Series events use the Swiss format, which means that each round you’ll be paired with another player who has the same record as you do. Even if you lose your match, you’ll be able to keep battling until the Swiss rounds complete. You could even win a tournament after an early loss! Most matches are also best-of-three—the first player to win two games each round will be the match winner, regardless of who wins the first battle.

The largest open-invitation events in the Championship Series are the International Championships, large-scale competitions that draw players from all over the globe. You’ll find one International Championship event in each of the large rating zones—North America, Europe, Latin America, and Oceania. These events give out the greatest prizes, and the top Trainers in each region earn Travel Awards to attend these exciting events.

Give yourself plenty of time to arrive at the event location early. You usually have to register before the competition begins, and for larger events, this registration period could end the day before. If you registered online or in advance, you may also need to check in before the competition. Remember, if you have any questions, don’t hesitate to ask an organizer or a Pokémon Professor on site. Note that your game may also be checked to ensure that your team is fully legal and complies with the tournament format.

You probably already have your game system and game, so the main thing you need to get ready before you compete is your team. We strongly suggest you spend plenty of time getting your team ready in advance—too often, we’ve seen players accidentally forget to give their Pokémon a held item or teach their Pokémon a move because they were still adjusting their team in the registration line! A day of battling can be long, so you should get plenty of sleep the night before your event. You may also want to bring water or snacks with you.

Battles in the Video Game Championships use timers that keep matches to a reasonable length of time. Every turn the timer limits the time you can take. If you don’t enter your moves before time is up, any remaining Pokémon will have their moves selected for them!

Unlike the Pokémon TCG, judges don’t determine if players in the video game are taking too much time each turn—it’s built into the game, so feel free to take as much as time as you’re allotted. There will also be a second timer for each player called Your Time that runs throughout the match. You lose if Your Time is up before you knock out all your opponent’s Pokémon, so be careful.

Building a solid strategy is usually a matter of practice. We strongly suggest you practice using the Championship Battles battle format in Rating Battles on the Pokémon Global Link before you head out to your tournament. Championship Battles uses the same rules as the VGC competitions, so you can familiarize yourself with the format before you attend a tournament. Take note of the strategies used by your opponents, and try to come up with your own strategy that can defeat each of them.

Here are some tips for building your team:

Try not to feel nervous starting out—even the best Trainers can’t win every match. Battling against other players can be much tougher than battling against the Trainers you encountered during your adventures, but it can be even more fun and rewarding, too. You can always find the latest news about Pokémon tournaments at Pokemon.co.uk/PlayPokemon and about Pokémon TCG and video game strategy at Pokemon.co.uk/Strategy.