Pokémon Ultra Sun and Pokémon Ultra Moon have been powered up with new additions to the story and features of Pokémon Sun and Pokémon Moon. The games take place in the Alola region, which is made up of four islands, along with one artificial island. The islands are teeming with Pokémon, including some Alolan variants of familiar Pokémon that were originally discovered in the Kanto region. During your adventure, you’ll have multiple run-ins with the troublesome Team Skull, encounter the elusive guardian deities, and unravel a plot surrounding the mysterious Aether Foundation. There’s nothing like a return trip to the wonderful, tropical Alola region!


The Mysteries of the Ultra Wormhole!

A strange pocket of space has been spotted over the Alola region! The Ultra Wormhole is a gateway to other worlds, and occasionally, fearsome Ultra Beasts will emerge from it. These powerful creatures are unlike any that you’ve ever seen before. Challenge these incredible Ultra Beasts, and you might even be able to add them to your team. Just make sure to bring a few Beast Balls to catch them.

With the help of the Legendary Pokémon Solgaleo or Lunala, you can even travel into the Ultra Wormhole to explore what lies beyond. You’ll find more Ultra Beasts within Ultra Space, but you may also encounter Legendary Pokémon such as Mewtwo, Ho-Oh, Lugia, and others. With enough persistence, you could potentially put together an entire team of Legendary Pokémon!

One Legendary Pokémon that you won’t have to travel to Ultra Space to meet is the mighty Necrozma. This imposing Pokémon features heavily in Pokémon Ultra Sun and Pokémon Ultra Moon’s story, and by playing, you’ll uncover new secrets about Necrozma and the Alola region.

Necrozma’s power continues to grow when it reveals its alternate forms—Dusk Mane Necrozma appears in Pokémon Ultra Sun while Dawn Wings Necrozma shows up in Pokémon Ultra Moon. And just what is Ultra Necrozma? Can this Legendary Pokémon’s power be contained?

Perhaps the Ultra Recon Squad will have the answer to that question. This group hails from a world that lies beyond an Ultra Wormhole, and they have come to the Alola region to find out more about Necrozma, including how to restore the light that the Legendary Pokémon has stolen from their home.

Ultra Beasts aren’t the only challenge you’ll have while exploring the Alola region. A nefarious organization has resurfaced under a new guise—Team Rainbow Rocket is here! Led by Giovanni, the boss of Team Rocket, this new group is composed of classic villains from previous games in the Pokémon series. What will you do when you’re forced to face off against the bosses of Team Magma, Team Aqua, Team Galactic, Team Plasma, and Team Flare? This could be your greatest test yet!


Surf’s Up with Mantine Surf!

But it’s not all battles against Ultra Beasts and past enemies in the Alola region. There’s always a little time for fun on your journey. What’s the point of an island paradise if you can’t shoot the curl? Mantine Surf is a most bodacious way to travel between the Alola region’s islands by hanging ten on the back of, yes, a Mantine. It’s also a cool competitive sport where you vie for the highest score by pulling off different radical moves. Excellent surfing skills will earn you BP (which here stands for Beach Points) that can be used to teach your Pokémon new moves—moves that they would not be able to learn by leveling up or through any TM. You might even be able to net a special Pokémon!

If you want a little more practice with Pokémon battling, be sure to check out the Battle Agency within Festival Plaza. This exciting new area allows you to compete in three-on-three Single Battles where you can earn Festival Coins and rare items like Rare Candy and Gold Bottle Caps. The only catch is that you can’t battle with your own Pokémon!

Instead, you’ll need to borrow one Pokémon at the reception desk and the other two from fellow Trainers in your Festival Plaza. The better you battle, the stronger the Pokémon you’ll be able to borrow, so work hard and you can make it to the top of the Battle Agency!

There are other great new features in in Pokémon Ultra Sun and Pokémon Ultra Moon. You’ll find some new trials on each of the Alola region’s four islands while taking the island challenge. These puzzles will require updated strategies to complete, and even if you do clear them, you’ll still have to face off against a powerful Totem Pokémon before the trial is cleared.

A returning feature in Pokémon Ultra Sun and Pokémon Ultra Moon is Z-Moves. With the use of your Z-Power Ring and a corresponding Z-Crystal, your Pokémon will be able to perform an exceptionally strong move—one so powerful that it can only be used once per battle! This game introduces brand new Z-Moves, which will help make your team stronger than ever before.

As you explore the Alola region, keep your eyes open for new Totem Stickers. These collectible goodies glitter and shine, and as you find them, be sure to show them off to Professor Samson Oak. The good professor will be so impressed by your diligence that he will reward you with special totem-like Pokémon as your collection grows.

Pokémon Bank is an application and service that allow you to deposit, store, and manage your Pokémon in private Boxes on the internet. Pokémon Bank is a paid service, with a small annual charge for usage.

With so much to see and do (and so many Pokémon to catch!), there are plenty of reasons to book another trip to the Alola region with Pokémon Ultra Sun and Pokémon Ultra Moon. 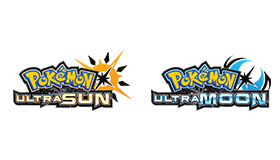