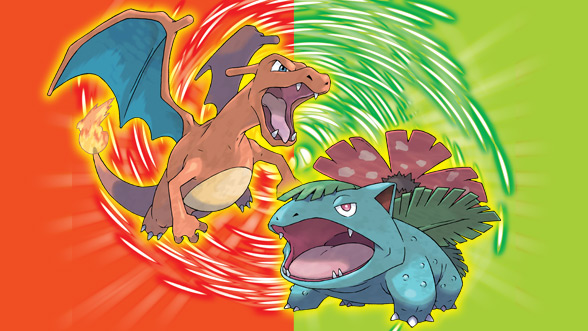 Six years after the original Pokémon Red Version and Pokémon Blue Version, this pair of titles for the Game Boy Advance system introduced Pokémon to a new group of gamers. These titles also shipped with a wireless adapter for Game Boy Advance, making it the first handheld to have such technology.

Get set to return to where it all started—Pokémon FireRed Version and Pokémon LeafGreen Version head back to the Kanto region, the home of Pokémon Red and Pokémon Blue. Thanks to the capabilities of the Game Boy Advance system, the locales, Pokémon, and animations are greatly improved since the last installment.

Pokémon FireRed and Pokémon LeafGreen finally unite all the worlds of Pokémon, making it possible to catch and keep every single Pokémon in one game! You'll need a little help from Pokémon Ruby Version and Pokémon Sapphire Version, as well as Pokémon Stadium, but if it were too easy it wouldn't be fun! To aid in trading Pokémon, Pokémon Ruby and Pokémon Sapphire come with a device for your Game Boy Advance that lets you trade Pokémon wirelessly. You can also chat or battle without the need for Game Link cables, too!

Veterans of Pokémon Red and Pokémon Blue will appreciate that all the improvements made since the first visit to the Kanto region are available. Plus, there are different places to explore, most notably the Sevii Islands, where you can catch special Pokémon that don't exist anywhere else in Kanto! 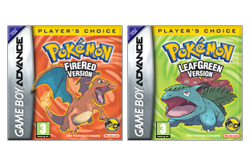