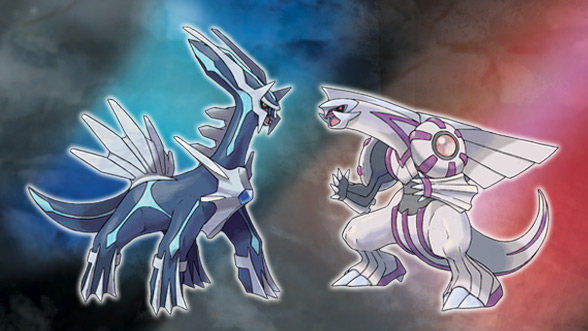 Pokémon Diamond Version and Pokémon Pearl Version introduce Trainers to a different land and many Pokémon to catch! Explore the lakes, forests, and mountains of the Sinnoh region, seeking out Pokémon such as the Bug-type Kricketot or the hard-headed Rock- and Steel-type Shieldon. And if you're lucky, you might bump into Legendary Pokémon Palkia or Dialga! There are more than 490 Pokémon in Pokémon Diamond and Pokémon Pearl. But be on the lookout for Team Galactic, a dastardly group that is trying to kidnap Pokémon.

Pokémon RPGs have never looked better than they do in Pokémon Diamond and Pokémon Pearl. 3-D graphics bring the land of Sinnoh to life! And realistic lighting casts the land in sun or darkness depending on the time of day. However, there's more to daylight than just graphics—some Pokémon will only show their faces during certain times of day, so you'll have to explore morning, noon, and night if you want collect them all!

Everywhere you look, gameplay has been revamped thanks to the awesome abilities of the Nintendo DS system. With two screens, you can watch the action on one screen while monitoring the health of your Pokémon on the other. The touch screen is used in a number of ways: You can use it to select moves in battle, to perform in Contests, or while exploring underground. And with the cool Trainer wristwatch, the Pokétch, you can keep tabs on all kinds of important data during your adventure.

The Underground is formed by a series of subterranean passages below Sinnoh that hold untold numbers of treasures for you to find. But there's more to the Underground than just spelunking—you can meet up with other Trainers while you're down there, and you can create a Secret Base for people to visit! 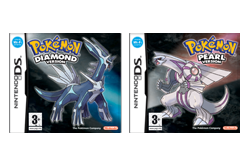