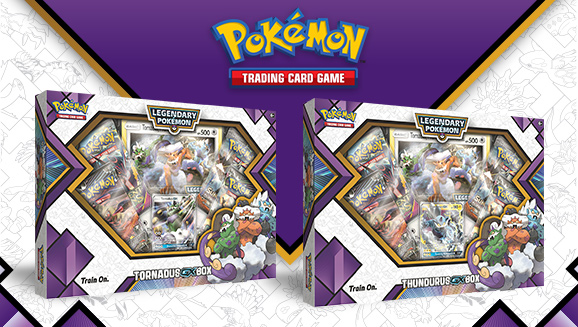 Watch out for the stormy winds and rumbling thunder of two amazing Legendary Pokémon! The season of storms grows, and winds gather strength as the forces of nature combine in these two collections. Tornadus-GX or Thundurus-GX appears as a never-before-seen foil promo card, and the two of them join forces with Landorus on a stunning oversize card featuring all three Legendary Pokémon! Master the powers of Tornadus-GX and Thundurus-GX to reign over your opponents!