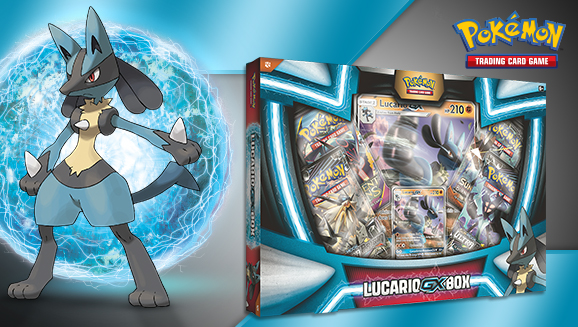 Want to punch up your Pokémon Trading Card Game deck? Lucario-GX is here to toughen up your gameplay in the Pokémon TCG: Lucario-GX Box. This powerful collection features an all-new foil promo card featuring the mighty Lucario-GX. There is also an oversize version of the card and four Pokémon TCG booster packs. You'll be ready to take on all comers with the power of Lucario-GX on your side!