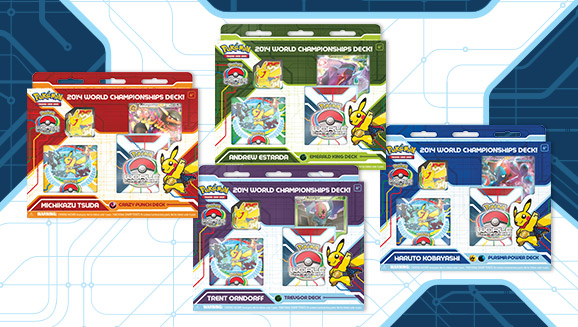 Don't miss your chance to play with the decks piloted by some of the world's greatest Pokémon TCG players! You can experience the thrill of competing like a top Trainer every time you open a 2014 Pokémon TCG World Championships Deck.

There are four powerful decks to choose from, each one a card-for-card replica of an actual title-contender's deck from the 2014 World Championships. Learn winning strategies from some of the best players in the game, and start making your own plans for the 2015 World Championships!