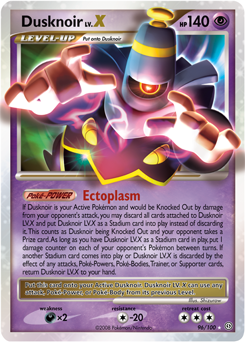 Put this card onto your Active Dusknoir. Dusknoir LV.X can use any attack, Poké-Power, or Poké-Body from its previous Level.