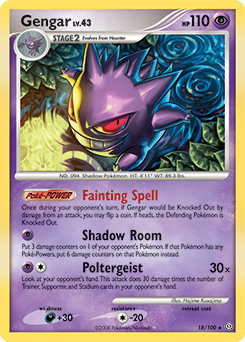 Once during your opponent's turn, if Gengar would be Knocked Out by damage from an attack, you may flip a coin. If heads, the Defending Pokémon is Knocked Out.