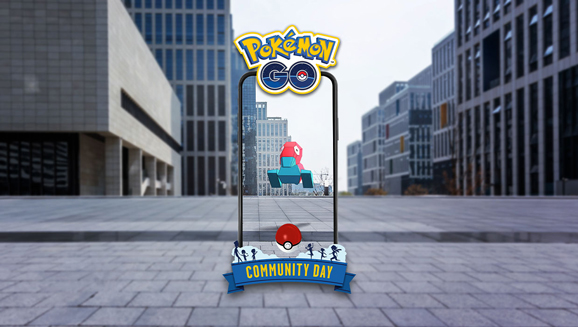 The Featured Pokémon for September Community Day Is Porygon!

Porygon, the Virtual Pokémon, was selected by community vote to be the Pokémon featured in September's Community Day event. On Sunday, September 20, 2020, from 11:00 a.m. to 5:00 p.m. local time, Porygon will be appearing more frequently in the wild. If you're lucky, you might find a Shiny Porygon! Not only that, but you will earn triple the XP for catching Pokémon, so catch as many Porygon as you can while the event lasts!

During Community Day or up to two hours afterward, if you evolve Porygon2 (the evolved form of Porygon) into Porygon-Z, that Porygon-Z will know Tri Attack! This powerful Normal-type attack can sometimes lower an opposing Pokémon's Attack and Defense. Not only is Tri Attack exclusive to Porygon-Z for now, but it will also be the first time this attack is available in Pokémon GO!

September Community Day will also offer an exclusive Porygon-themed Special Research story, available to those who purchase a Special Research ticket in the in-game shop for US$1 (or the equivalent in your local currency).

Stay tuned for more details about the upcoming October Community Day featuring Charmander, but for now, how about it? Do you think you can catch enough Porygon to land yourself a powerful Porygon-Z?!