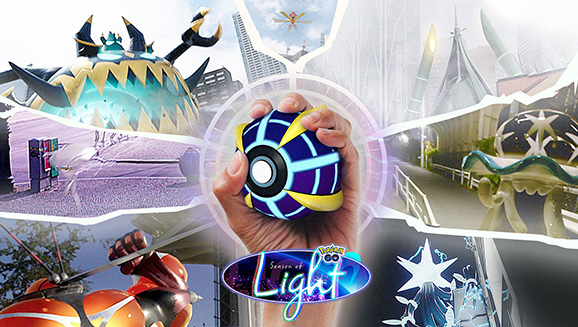 Roll Out the Welcome Mat for Ultra Beast Arrival: Global in Pokémon GO

Join friends around the world for ultra-fun and ultra-exciting raids featuring Ultra Beasts.

Since Nihilego’s first dramatic appearance at Pokémon GO Fest 2022, Ultra Beasts have been popping out of Ultra Wormholes and into Gyms with alarming alacrity. Now Trainers face a challenge of ultra-proportions—Ultra Beast Arrival: Global will take place on November 27, 2022, from 11:00 a.m. to 5:00 p.m. local time. Wondering which Ultra Beasts you might face? That depends on where you battle. This is where you can find Ultra Beasts during the event.

In addition to the opportunity to battle powerful Ultra Beasts, Trainers can enjoy event bonuses throughout the day, including 1.25 times more XP for winning Raid Battles against Ultra Beasts, an increased chance of receiving Rare Candy XL from in-person Raid Battles, and up to five additional free Raid Passes from spinning Gym Photo Discs during the event and up to two hours afterward for a daily total of seven.

After successfully defeating an Ultra Beast in a Raid Battle, the following Pokémon will begin to appear in a 300-meter radius around the Gym that hosted the raid for 30 minutes.

* Lucky Trainers may even encounter a Shiny one!

Playing Pokémon GO is more fun with friends, and you can earn rewards for helping your friends discover Pokémon GO. From November 21, 2022, to November 26, 2022, Trainers around the world can refer a friend and collectively earn rewards if they meet certain milestones. If a certain number of new Trainers are referred, all Trainers will receive a Lure Module. And if an even more ambitious goal is reached, all Trainers will be able to use Beast Balls when facing Ultra Beasts during Ultra Beast Arrival: Global.

We hope you have an ultra-fun day of Raid Battles, Trainers!