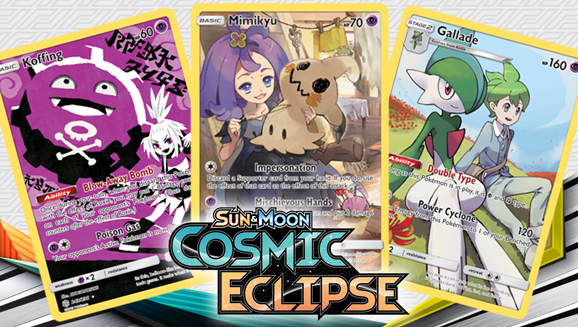 See the friendship between Trainer and Pokémon in these rare cards from the latest Pokémon TCG expansion.

We recently looked at some incredible cards from the latest Pokémon Trading Card Game expansion, Sun & Moon—Cosmic Eclipse, that showcased the bond between Pokémon and their Trainers. But it turns out those cards were just a hint of the many tributes to teamwork hidden within. This expansion contains rare secret cards that are numbered beyond the standard 236 cards in this set. Many of these secret cards continue the theme of humans and Pokémon as partners and friends. If you're lucky, maybe you'll come across one of these cards to add to your collection! 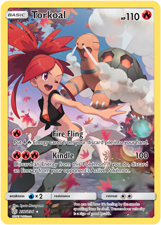 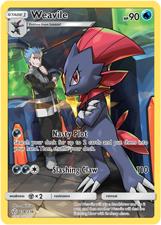 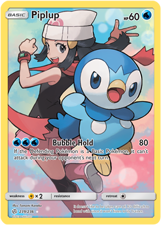 Torkoal (#237): Holy smokes! Check out how excited Torkoal is as it leaps through the air towards its Trainer, Lavaridge Gym Leader Flannery. This fiery pair is sure to turn up the heat on their competition.

Weavile (#238): When you're in the Sinnoh region, watch out for the villainous Team Galactic and their boss, Cyrus. Judging by their shifty-looking appearance on this card, they certainly have a scheme brewing—a Nasty Plot indeed.

Piplup (#239): The bright and bubbly team of Dawn and Piplup look raring to go on their card! Piplup is clearly trying to look tough with its fierce expression, but we don't buy it—that little Pokémon is just too cute! 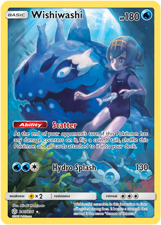 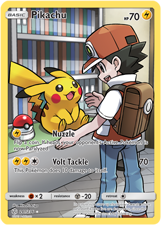 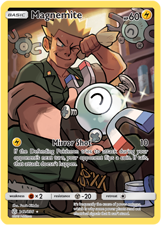 Wishiwashi (#240): A solo Wishiwashi may not seem like much of a threat, but its School Form—seen here—most definitely does. Lana, the trial captain of Brooklet Hill on Akala Island, isn't scared, though. She gets along swimmingly with Water-type Pokémon.

Pikachu (#241): How's this for capturing an iconic moment in Pokémon history? Red, the Trainer from Pallet Town, meeting Pikachu for the first time. These two heroes have had some incredible adventures since then, and this card is a wonderful tribute to them.

Magnemite (#242): Vermilion Gym Leader Lt. Surge certainly has a gruff exterior—but based on what we're seeing in this card, he also has a softer side. He's content to relax with his Magnemite partners and polish them until they shine! 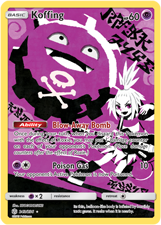 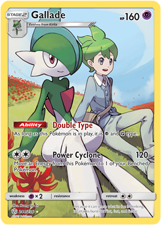 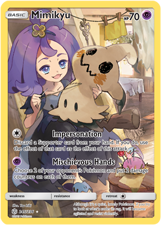 Koffing (#243): Roxie, the Gym Leader of Virbank City, exudes a punk rock vibe, which is perfectly reflected on this wild card. Presented in poisonous purple and bathed in harsh shadows, Koffing and its Trainer can't help but look cool.

Gallade (#244): Maybe it's their lanky physique or their casual pose as they relax together on a flowery hillside, but we can't help but notice that the Hoenn region's Wally bears a striking resemblance to his Pokémon partner Gallade.

Mimikyu (#245): Oh, no! Poor Mimikyu's disguise has ripped, but never fear—Acerola will fix it right up! This Trainer may be the trial captain of the Abandoned Thrifty Megamart on Ula'ula Island, but she's never too busy to help out her Pokémon friends. 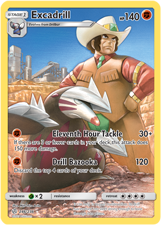 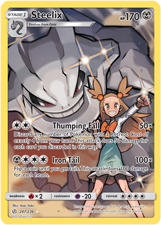 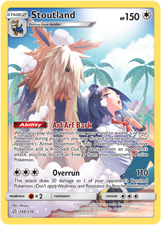 Excadrill (#246): Clay, the Driftveil Gym Leader, has been called the “Miner King,” so it makes sense that his Pokémon partner is the ground-busting Excadrill. These two bulky buddies strike an intimidating pose that is sure to keep challengers at bay.

Steelix (#247): Olivine Gym Leader Jasmine has a look of steely determination on her face, and who can blame her? If we had that gigantic Steelix backing us up, we'd be pretty confident, too. Check out Steelix's wicked grin—it knows it's tough.

Stoutland (#248): As the Aspertia Gym Leader, Cheren knows that appearances can matter, so he's giving his partner Stoutland a bubble-filled scrub. Frankly, we'd remove our necktie when bathing a Pokémon, but what do we know?

Pretty amazing, cards, right? You can find these along with many more fantastic cards in the massive new Pokémon TCG expansion, Sun & Moon—Cosmic Eclipse. Look for them now wherever Pokémon TCG cards are sold. 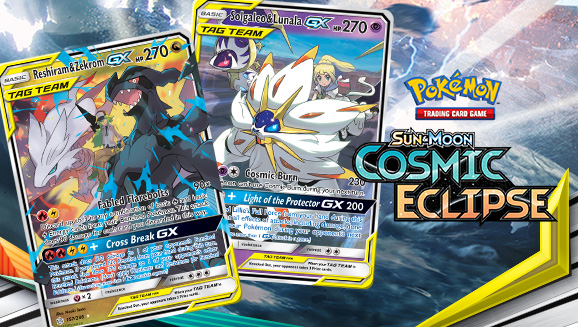 Pokémon and Trainers Come Together for the Cosmic Eclipse