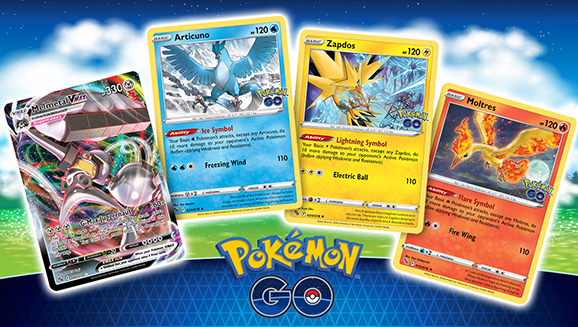 More awesome cards have been revealed from the upcoming Pokémon TCG: Pokémon GO expansion. From powerful Legendary and Mythical Pokémon to a very sneaky Ditto, the first Pokémon GO expansion products will be available on July 1, 2022. And don't forget to check out some of the previously revealed cards from the hotly anticipated expansion. 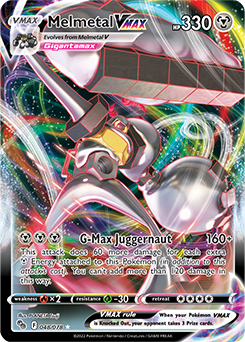 This hulking Mythical Pokémon arrives in the Pokémon TCG as a Pokémon VMAX for the first time! Its powerful G-Max Juggernaut attack lives up to its name, doing 160 damage plus an extra 60 for each additional Metal Energy attached—up to a maximum of 280 damage with 5 Energy attached. It also appears as an impressive Gigantamax Pokémon, even though Gigantamax Pokémon currently do not appear in the Pokémon GO game. 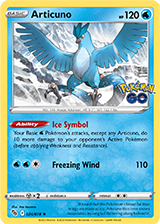 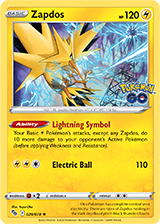 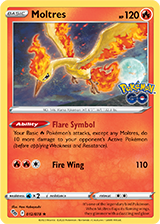 The classic Legendary bird Pokémon trio comes to the Pokémon GO expansion after being used as inspiration for the emblems of the three teams in the Pokémon GO game. Articuno, Zapdos, and Moltres all have powerful Abilities that represent their true strengths. Each of their Abilities—Ice Symbol, Lightning Symbol, and Flare Symbol, respectively—power up their Basic Pokémon allies of the same type by causing their attacks to do 10 more damage to the opposing Active Pokémon. This effect stacks when multiple Articuno, Zapdos, or Moltres are in play, too! 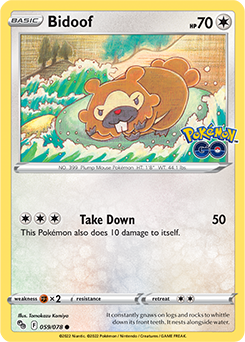 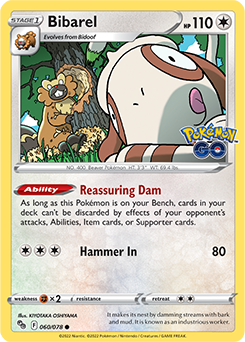 Bidoof pauses on a stone in the middle of rushing water, not quite relaxing but not quite on guard. But when the Pokémon evolves into Bibarel, the action gets more intense! Of course, you first have to look past the Smeargle hopping in front of Bibarel's big moment. Bibarel's Reassuring Dam Ability stops your opponent from using Abilities, Item cards, or Supporter cards to discard cards from your deck, helping to keep cards in your hand. 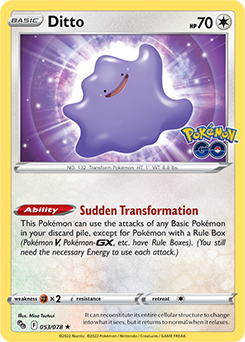 Now here's something you don't see every day… And if you're not looking closely, you might miss it! To find Ditto in the Pokémon GO expansion, look for other Pokémon that have a layer you can peel off to reveal the Transform Pokémon underneath! Note that the Pokémon that rests on top of Ditto can't be used competitively in official matches—only the Ditto itself. In fact, you'll find a little Ditto icon in place of the typical tournament registration mark!

Get a First Look at the Pokémon TCG: Pokémon GO Expansion

The upcoming expansion features breathtaking illustrations bridging the world of the Pokémon TCG and Pokémon GO.