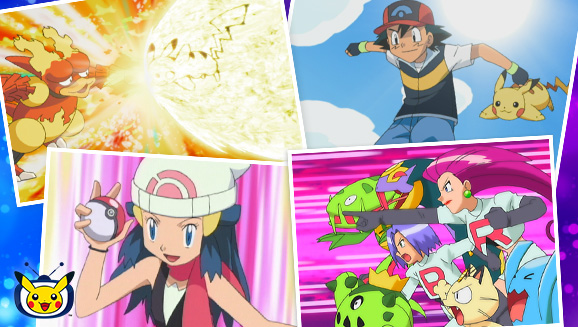 Journey with Ash and Pikachu as they make new friends and face new challenges in the Sinnoh region.

With the Battle Frontier completed, Ash and Pikachu head to the Sinnoh region to continue their Pokémon journey in Pokémon: Diamond and Pearl, the latest season of Pokémon the Series to arrive on Pokémon TV. You'll see our heroes reunite with their longtime companion Brock, make new friends, and catch new Pokemon. Together, they set out to accomplish their dreams while taking on new battles and facing new rivals. Before you dive into the season, take a look at our list of some of the important events that occur in Pokémon: Diamond and Pearl, and then sit back and watch the adventure unfold!


The Dawn of a New Friendship 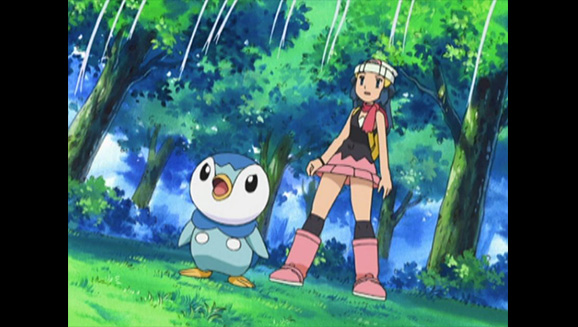 One of the most important aspects of Pokémon the Series is Ash's uncanny ability to make friends with the other Trainers he meets during his travels. Occasionally, one of these Trainers will join Ash on his journey as their bond grows stronger. In Pokémon: Diamond and Pearl, Ash meets Dawn, a rookie Trainer from Twinleaf Town who hopes to follow in her mother's footsteps by becoming a Pokémon Coordinator. Dawn dives into adventure right away as she sets out to rescue a Piplup who's escaped from Professor Rowan's lab. Perhaps not surprisingly, the little Pokémon soon becomes her partner (“Following a Maiden's Voyage!”). We then see how Dawn befriends Ash after she helps rescue Pikachu from Team Rocket in “When Pokémon Worlds Collide!” 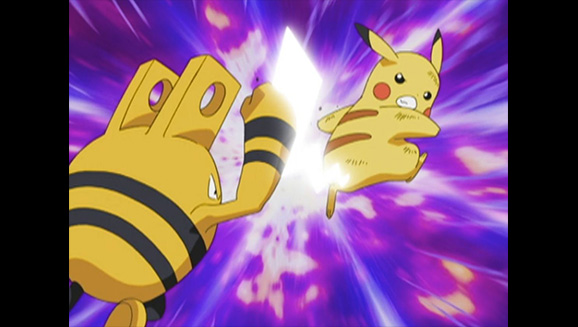 A new region means new rivals to inspire our heroes to improve their skills. Ash discovers his new rival, Paul, has been watching him since his arrival in the Sinnoh region. It isn't long before Paul challenges Ash to a Pokémon battle. Their skills appear to be evenly matched, resulting in a draw (“When Pokémon World Collide!”). We learn that the arrogant Paul has no problem releasing his Pokémon if they don't live up to his expectations, which goes against everything Ash believes in. Not all rivals have bad attitudes, though. Nando is a wandering bard who's trying to decide how to proceed with his own Pokémon journey. See how he forms a friendly rivalry with Dawn in “Dawn of a New Era!” 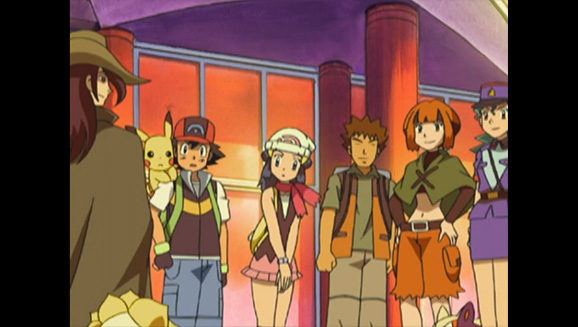 Throughout Pokémon the Series, you can always count on Team Rocket to be one step behind Ash and Pikachu, waiting to cause trouble. But that doesn't mean they're the only bad guys out there. When Ash and his friends arrive in Eterna City, they get wrapped up in Officer Jenny's investigation into the theft of the Adamant Orb, a mysterious artifact stolen from the Eterna Historical Museum. Although it turns out Team Rocket stole the orb, we learn that a mysterious organization hired them to commit the crime. That organization is Team Galactic, and they'll become a greater menace in future seasons. Check out “A Secret Sphere of Influence!” to see the early stages of their nefarious plan. 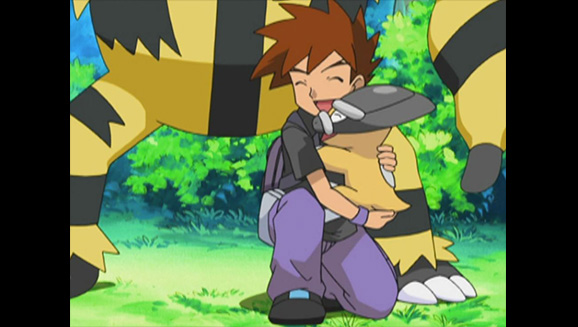 Just because Paul is the one currently hassling Ash, that doesn't mean our boy from Pallet Town has forgotten his original rival! We last saw Gary Oak at the end of the previous season, Pokémon: Battle Frontier, when he defeated Ash in a battle before announcing his intention to head to the Sinnoh region. The longtime rivals reunite near Mt. Coronet, where Gary is now working to help create a nature preserve for Shieldon. Gary's, er, let's say “abrasive” nature has mellowed quite a bit since he and Ash first left Pallet Town, and you can watch the two team up to protect the Shieldon from a band of Pokémon Hunters in “Ill-Will Hunting!” It's nice to see how a shared love of Pokémon can bring two formerly bitter rivals together.


Hearthome Is Where the Heart Is 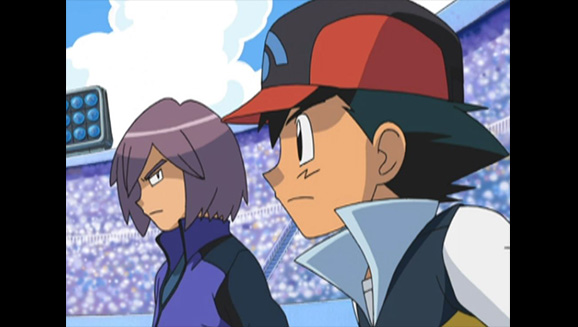 The big climax of Pokémon: Diamond and Pearl takes place in Hearthome City, where Dawn competes in the Hearthome City Pokémon Contest (“Dawn's Early Night!”) along with Nando and Zoey, another friendly rival. Ash and Brock, meanwhile, decide to enter the Hearthome City Tag Battle Tournament. Unfortunately, the (bad) luck of draw teams Ash up with Paul (“Tag! We're It…!”). If these two rivals can't learn to work together, they're not going to get very far in this competition. Even if Ash and Paul can't see eye to eye, Ash may end up making a new Pokémon friend thanks to their unlikely pairing, as you'll learn in the season finale, “Smells Like Team Spirit!”

These are just some of the trials and tribulations that Ash, Pikachu, Dawn, and Brock must face during the early stages of their adventure through the Sinnoh region. Tune in to Pokémon TV to see the whole Pokémon: Diamond and Pearl story! Remember that you can load up the Pokémon TV mobile app and enjoy these classic episodes on the go!