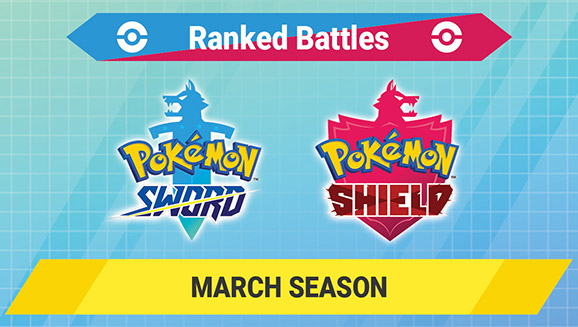 The fourth season of Pokémon Sword and Pokémon Shield Ranked Battles has begun and will run throughout March 2020. Test your Trainer skills in head-to-head battles with players around the world, move up the leaderboards, and earn in-game rewards.

You'll be matched up with other players of similar rank to ensure even competition. When the season concludes, the higher the tier you finish in, the greater your in-game rewards. You'll be able to earn Battle Points, mints, Ability Capsules, and Bottle Caps.