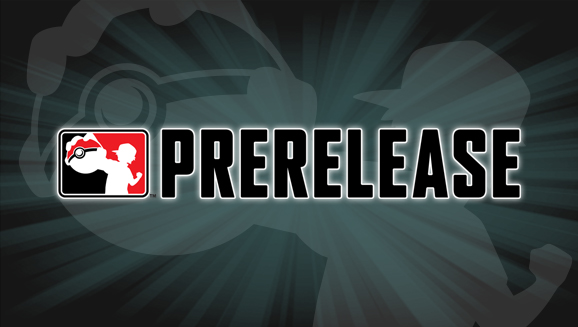 A Sneak Peek at the New Prerelease Changes!

Find out more about the changes that are coming to Pokémon TCG Prerelease tournaments.

Recently we announced that some changes are coming to Pokémon TCG Prerelease tournaments. These changes are intended to make for a more fun and exciting tournament. From now on, each player will receive a 22-card Prerelease pack to provide a solid foundation for their deck, along with an exclusive foil promo card and four 10-card booster packs from the new expansion. Players will choose from all of these cards to construct a 40-card deck.

The big new addition to this format is the new Prerelease pack. Let's take a deeper look into what it contains and what it's for.

Each Prerelease pack contains 22 cards, but it might be easier to look at it as two halves of 11 cards each. Each half will be based around one of four different Pokémon types. For example, your Prerelease pack might include Fire-type and Water-type Pokémon, including some of their Evolutions, and maybe some supporting Pokémon as well. The exclusive foil promo card will match one of your Pokémon types, and you can include it in your deck. Depending on what kind of deck you want to build, you can use all of the cards from your Prerelease pack, some of the cards, or none of the cards—the choice is yours.

Trainer cards have often been a problem at Prerelease tournaments. Players who couldn't find many Trainer cards in their booster packs sometimes had a hard time executing any kind of strategy. To help with this issue, about six of the 22 cards in your Prerelease pack will be Trainer cards, which should provide some solid support for your 40-card deck. Trainer cards that aren't very potent in a Constructed format with 60-card decks can be useful in a Limited format environment, so it's important to keep an open mind to things that might not seem great at first glance.

Prerelease packs focus on four Pokémon types, but there's variation within each type. The main Evolution chain for each type will be the same, but the quantity of each card, the supporting Pokémon, and the Trainer cards can be different. Even if you get the same two Pokémon types as someone else, your Prerelease packs probably won't be identical. If you play in multiple Prerelease tournaments, you're likely to have a different experience each time!

Using your 22-card Prerelease pack, exclusive foil promo card, four 10-card booster packs, and basic Energy (provided at the event), you'll construct your 40-card deck to battle against other players. Prizes are determined by the Tournament Organizer, so check in advance to see what's on the line. Use the Event Locator to find a Prerelease tournament near you. Good luck, Trainer!