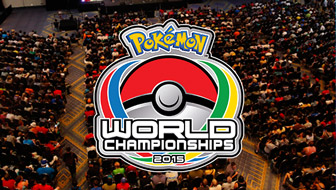 Check out who has earned an invitation to Boston for the 2015 Pokémon World Championships.

The competition is played with the Standard format for both Pokémon TCG and video game players. Note that the Pokémon TCG competition will use the 2015 Play! Pokémon season rotation. Competitors will be grouped into four flights per age division (based on the 2016 season regulations), each with up to 128 Masters, 64 Senior, or 64 Junior Division players. Top players from each flight will combine to play in single-elimination rounds on Sunday morning.The Championship Points distribution will be the same as a Regional Championships event, and will count toward the Regionals Best Finish Limit.

Anyone can play in the Boston Open, but demand will be high and space is limited. Players must register on site to participate in the competition. Registration will be available from 9:30–10:30 a.m. Saturday for the video game event, and 7–8 p.m. Friday and 8:30–9 a.m. Saturday for the TCG event.

For more information about the tournament format and prizes, check out the Pokémon World Championships Pokémon TCG and video game side event schedules.

Check out who has earned an invitation to Boston for the 2015 Pokémon World Championships.