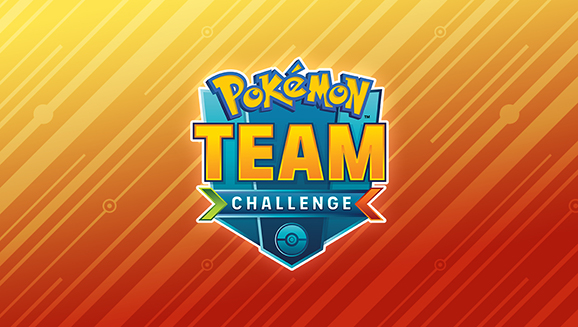 Play! Pokémon Team Challenge—Season 4 is a Pokémon Trading Card Game tournament where players will play to form a four-person team representing their local game store to compete for prizes and glory! The tournament is open to Masters Division players (players in Brazil must be 18 years or older).

This season of Team Challenge will be played both online and in-stores. Online matches will be held through the Pokémon TCG Online and hosted by tournamentcenter BVBA. In-store matches will take place in regions that are open for Play! Pokémon events. Please refer to the official Play! Pokémon COVID-19 requirements, and stay connected with your friends and your gaming community while staying safe!

Don't miss the exciting conclusion to the Play! Pokémon Team Challenge—Season 4! The final rounds will be streamed live on Twitch, Twitter, YouTube, and Facebook. Pokémon TCG experts will be on hand to host and offer insight for this global event. Check back later for more information about the exact dates and times when you'll be able to see all the action.

The Team Challenge—Season 4 kicks off September 17, 2022, and will run for several months, giving participants lots of opportunity to compete and advance.

In the first stage that begins September 17, individual stores will host Qualifier tournaments in-store (where available) and via the Pokémon TCG Online. The winners from each of these individual tournaments will form a team as representatives of their store. This Qualifier round is expected to conclude on December 18, 2022.

Once the teams are in place for each store, they will compete against other Store Teams in an elimination bracket. Each bracket match will be a 3v3 round-robin competition against another team, with the team that earns five or more wins advancing to the next round. Initially, teams will play other stores from their city, and then will be reseated at regional, national, and global levels if they progress. This round will also take approximately 10 weeks.

The Team Challenge culminates in a Grand Final between the top two Store Teams.

The Team Challenge—Season 4 is open to Masters Division players (born in 2006 or earlier, or age 18 and over in Brazil) who have a Pokémon Trainer Club account and a valid Pokémon Player ID. Stores that host Play! Pokémon events are eligible to host a team for this event.

Stores and players from the following regions/countries are eligible to participate in the Team Challenge—Season 4:

If you own or manage a store and would like to participate, register now. You can also learn more about Play! Pokémon if your store is not yet part of the program.

The initial round of the Team Challenge will use the 2022 Standard format, including the Pokémon TCG: Sword & Shield—Astral Radiance expansion. 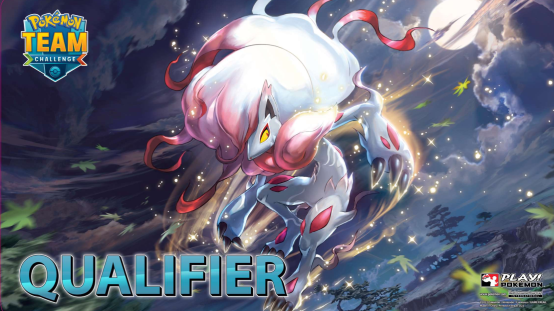 
Additionally, more prizes will be attributed to teams advancing to Top 256, Top 32, and Top 8, including playmats and exclusive Team Challenge items. Winners of Team Challenge—Season 4 will receive a special trophy.

Don't miss the exciting conclusion to the Play! Pokémon Team Challenge—Season 4! The final rounds will be streamed live on Twitch, Twitter, YouTube, and Facebook. Pokémon TCG experts will be on hand to host and to offer insight for this global event. Check back later for more information about the exact dates and times for all the action.