Learn more about this who's who of top-tier Pokémon TCG players battling in the upcoming tournament. 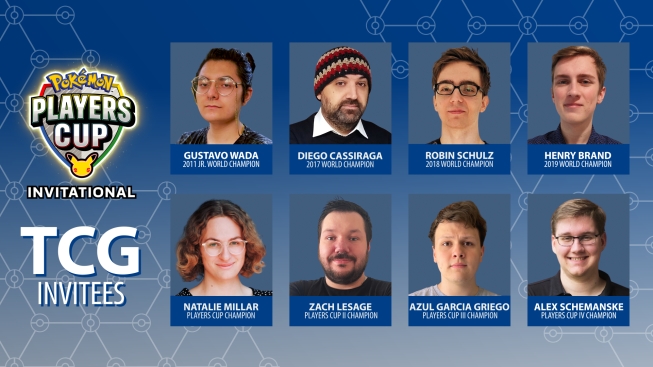 The Pokémon TCG Players Cup 25th Anniversary Invitational brings together some of the greatest current Pokémon TCG players for a weekend of incredible matches! The remarkable lineup of competitors includes former World Champions as well as recent Players Cup Champions.

Read on to learn more about each individual, and then be sure to watch the action August 13–15 on Twitch.tv/Pokemon! 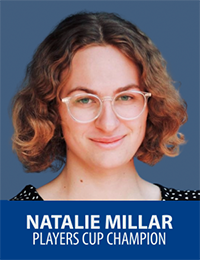 When there's a new kind of event, the first champion always stands out as the one who made history: Tsuguyoshi Yamato winning the first World Championships in 2004, Michael Pramawat winning the first International Championships in 2016, and so on. And when the Pokémon Players Cup was introduced in 2020, the player to win it all—in dominating fashion—was Natalie Millar. With a perfect metagame call for the event, Natalie crushed the competition with a defensive Metal-type deck that was coined as “The Safe”: Lucario & Melmetal-GX and Zacian V. She didn't just win; she won every match and all 10 games she played, resulting in an emphatic and memorable victory.

Players Cup I might have been the major breakout performance for Natalie, but she had plenty of strong finishes before that, including an 8th-place finish at the Oceania International Championships and several Top 8 finishes at Regional Championships. Will we see another legendary run from this Australian player in the Players Cup 25th Anniversary Invitational? 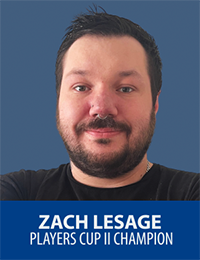 Zach Lesage is a longtime player from Canada who has been competing in events for over a decade. His run through Players Cup II with Pikachu & Zekrom-GX was extremely impressive, battling back through the losers bracket after taking an early loss in the tournament. But this is just one of many accomplishments throughout his career. His other notable victory was at a Regional Championships in 2019 that had over 1,000 players competing, where he won with Blacephalon-GX—a deck that Zach himself had said was no longer competitively viable. 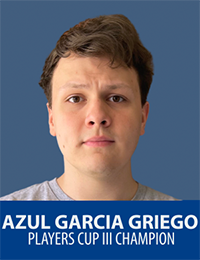 Perhaps the most well-known player in this event, Azul Garcia Griego is one of the top players and personalities in the Pokémon TCG today. Whether it's at the top tables of a tournament or with his “rat pack” on his stream, Azul is everywhere in the Pokémon TCG scene. Over the past 10 years, he has several Regional Championships victories, multiple Top 8 finishes at International Championships (including a 2nd-place finish at Latin America Internationals), and thousands of Championship Points to his name. Recently he added another major win to his résumé: a victory at Players Cup III with Rapid Strike Urshifu VMAX.

Azul has been extremely active over the past few years, participating in online events weekly or sometimes daily. There aren't many people in the world right now who are playing as frequently as he is, and that practice will keep him prepared for the Players Cup 25th Anniversary Invitational. Azul is willing to play any kind of deck if he thinks it will give him the best chance to win, which makes him unpredictable in a tournament setting. He could be playing the most popular deck, or he could be playing a brand-new invention. But there's one thing you can count on: Azul is one of the favorites to win any tournament he's in. 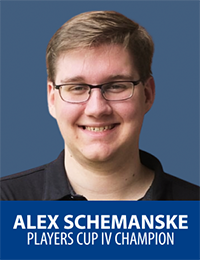 The Schemanske family has been a big name in the Pokémon TCG community over the past decade. Christopher was a top player, now a dedicated Professor and frequent writer here at Pokemon.com. Diane is a renowned player, competing in events all around the world. But with a victory in Players Cup IV with Rapid Strike Urshifu VMAX / Inteleon, now Alex is (deservedly) in the spotlight.

For much of his career, Alex Schemanske constantly fell short of the big win. He had a Top 8 finish at the Latin America International Championships, countless Top 8 and Top 4 finishes at Regional Championships, and a heartbreaking three different 2nd-place finishes at Regional Championships. It almost seemed like the Schemanske family was cursed to never win a big event. Alex finally broke through with a victory at Players Cup IV, putting that curse behind him. With a win in the same format already under his belt, Alex has all the momentum heading into the Players Cup 25th Anniversary Invitational. Will he continue his hot streak? 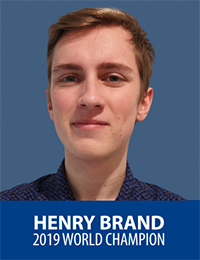 For the first time in the history of the Pokémon TCG World Championships, in 2019 there was a Standard format rotation immediately before the event. The players who could figure out the best strategies in this untested, unknown environment would be rewarded greatly. The player who did it best was Australia's Henry Brand, winning the event with a Mewtwo & Mew-GX deck and setting the tone for what decks would look like in the year to come.

The World Championships victory was the culmination of Henry's great season leading up to that point. In 2019 he became the first Masters Division player from the Oceania region to make Top 8 at the Oceania International Championships, and then he took 1st- and 2nd-place finishes at Regional Championships shortly after that. The sign of a great champion is continued success, and Henry kept showing his mastery with Mewtwo & Mew-GX by winning another Regional Championships in 2020. With the rotation approaching in September, the Players Cup 25th Anniversary Invitational could be Henry's last chance to use his trusty TAG TEAM in a Standard format event. Will he bring it for one last ride, or will he surprise everyone with something new? 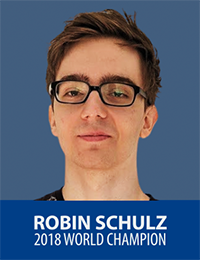 A player who loves his Town Map, Robin Schulz is known as one of the best players in the world, winning the 2018 World Championships Masters Division with a Zoroark-GX / Garbodor deck. He followed that up in late 2019 with another huge victory at the Latin America International Championship, becoming the first player to win both Worlds and Internationals in the Masters Division.

Robin's contributions to the Pokémon TCG community are just as spectacular as his accomplishments in the game. When he's not writing articles for Pokemon.com, he's organizing online tournaments, compiling tournament results, and making helpful tools for players to use. His efforts with the Limitless TCG group gave players an outlet to compete in events when in-person events shut down. It's hard to describe just how much good he has done for the Pokémon TCG community. But Robin is also a fierce competitor who will be aiming for 1st place in this event. 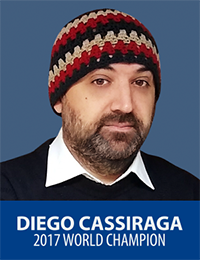 A longtime veteran of the Pokémon TCG, Diego Cassiraga has been competing at the World Championships for over 15 years. Diego is instantly recognizable from his huge smile and, of course, his iconic beanie hat. But when the competition starts, the fun and jovial guy quickly shifts to a hyper-focused competitor. And in 2017, Diego played near-flawlessly to achieve his dream and win the World Championships with Gardevoir-GX. It was a feel-good story that ended with a dedicated, determined player rising to the top.

What a lot of people didn't know was that Diego already had a lot of accomplishments to his name before the big win in 2017: a Regional Championships victory that same year, two Top 8 finishes at the World Championships, and more. And after winning Worlds, he followed up in 2019 with a Top 4 finish at the North America International Championships. Diego continues to be one of the top competitors in the Pokémon TCG, even making it to the Global Finals for Players Cup II. Diego tends to play whatever is considered the strongest deck at the time rather than making bold metagame calls, but his excellent play sets him apart from the rest of the pack. 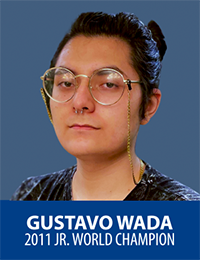 Sometimes players who find success in younger age divisions can struggle when they reach the Masters Division, but that's clearly not the case for Gustavo Wada. After winning the World Championships in the Junior Division in 2011 with a Yanmega Prime / Magnezone Prime deck, Gustavo has racked up an incredible number of accomplishments in the Masters Division. Just to list a few: 2019 Europe International Champion, 2016 Worlds Top 8, and three additional Top 8 finishes at International Championships. And he's done it all over the world.

If you've been to a large event in the past five years, there's a good chance you've seen Gustavo: he travels to a lot of events, and he wins a lot. He's consistently one of the top ranked players in the world, and in the 2019 season he earned 2,570 Championship Points—more than 10 times the number he needed to qualify for the World Championships that year. You won't find many players who play the Pokémon TCG at a high level as frequently and as consistency as Gustavo Wada. One thing is for sure: Gustavo will come to this event prepared to win.


Good luck to all these incredible Pokémon TCG competitors, and don't miss the exciting action August 13–15 on Twitch.tv/Pokemon!