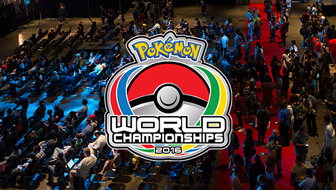 Tune in for live streaming of Pokémon TCG, video game, and Pokkén Tournament events throughout the weekend!

If you can't make it to Liverpool for the Pokémon UK National Championships on May 14–15, 2016, you can still watch hours of live action all weekend long at Pokemon.com/Live! Don't miss three streams of competitive Pokémon fun as players of all ages compete for invitations to the Pokémon World Championships. Our expert commentators will be calling the action for every match that airs. Pokémon event streaming comes to a new platform that will let viewers easily keep an eye on all three competitive formats at once!

Watch all the action beginning this Saturday, May 14, at 10 a.m. with Pokémon TCG and Pokkén Tournament matches. Video game coverage begins at 10 a.m. with matches starting at 11:30 a.m. at Pokemon.com/Live!