A Look at the 2019 Oceania Pokémon VGC International Championships

This past weekend Pokémon Trainers from around the world were present in Melbourne, Australia for the 2019 Pokémon Oceania International Championships. Over 100 Trainers from the Masters Division alone competed for the title of the 2019 Oceania International Champion, as well as Championship Points toward a spot to play in the World Championships coming up in Washington D.C. later this year. Wanting to join in on the fun? Here's a look at the common strategies that have emerged as a result of this past weekend's competition. 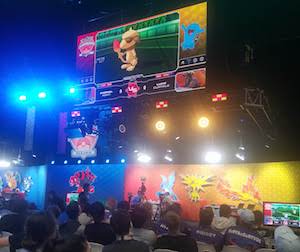 The 2019 VGC Season allows Trainers to include two Restricted Pokémon on their team, which forces them to consider which Pokémon best fit their playstyle and have good synergy together (Restricted Pokémon are the powerful Legendary Pokémon normally prohibited from tournaments). In the Sun Format, many competitors relied on Pokémon like Kyogre or Groudon due to their ability to summon the Rain or the Sun when sent into battle. At the Latin American International Championships back in November, six of the eight teams that placed within the Top 8 featured a Kyogre or a Groudon. In Melbourne, these Pokémon maintained their popularity with inclusions on three quarters of the competing teams, though they were only found on four of the Top 8. They were most often paired with Xerneas; Lunala and Yveltal were also common picks.

While only 7% of the field brought the combination of Xerneas and Lunala, both finalists in the Masters Division, the Junior Division Runner Up, and the Senior Division Champion featured these two powerful Pokémon on their teams. This combination was first made popular by Ashton Cox and Jeremy Rodrigues at the Memphis Regional Championships in October, as well as the Latin American International Championships in November, both of which were held using the Sun Format.


Psyching Up the Competition

The VGC 2019 Format saw the return of Xerneas into the playing pool. The powerful Legendary Pokémon originally from the Kalos Region was one of the most commonly found Pokémon in the VGC 2016 format when Restricted Pokémon were last permitted. Xerneas first rose to popularity due to its signature move Geomancy, which boosts its Special Attack, Special Defense, and Speed by two stages. Normally it takes one turn for this move to charge, but when Xerneas is holding the item Power Herb, the move is activated instantly—which immediately turns Xerneas into the centerpiece of any team.

What is different about Xerneas teams in the 2019 Format is the use of Psych Up, a move that copies the stat changes of a target Pokémon onto its user. It is not stopped by moves like Protect, Detect, or Spiky Shield either; only a move like Crafty Shield that blocks status moves can stop it. By bringing a Pokémon that knows Psych Up into battle, you have the option of copying Geomancy boosts from one of your own Pokémon or your opponent's. This means any opponent will have to think twice before using Geomancy, in case its power gets used against him or her.

Lunala was the Psych Up user of choice for Masters Division Champion Eduardo Cunha and Finalist Luke Curtale, who both brought the Moone Pokémon into battle with them this weekend. Lunala's signature Shadow Shield Ability reduces all damage taken by half when it is at full HP, allowing it to take a hit from a Geomancy-boosted Xerneas without worrying about getting knocked out. While this exact strategy didn't play out in the Masters Division Finals, Lunala and Xerneas boosted together is certainly a strategy to watch out for moving forward!

Another Psych Up user that fans got to watch on the livestream was Masters Quarterfinalist James Baek and his Kyogre. By having a Pokémon hold the Normalium Z Z-Crystal and using Z-Psych Up, a Pokémon can heal all of its health before copying stat changes, which can be a game-changer if used with the correct timing.

In 2016, Xerneas was most commonly found with its partner Smeargle, which would use the moves like Follow Me or Wide Guard to give Xerneas the opportunity to use Geomancy safely. This strategy has largely remained intact in the 2019 Season, with both Masters Division finalists bringing Smeargle with them into the tournament.

Smeargle's usefulness comes from its signature move Sketch, which allows it to learn any move used against it in battle. This lets Smeargle access powerful moves that few other Pokémon can learn. Its Hidden Ability Moody raises a random stat by two stages while lowering a random stat one stage, potentially allowing Smeargle to move quicker or further disrupt its opponent's strategies with enhanced accuracy or evasion.

It was fitting most of the Smeargle used Lovely Kiss with Valentine's Day happening the day before the event started, and Trainers continued to embrace the attack through the Masters Division Finals. This Normal type signature move of the Pokémon Jynx has a 75% chance to put its target to sleep. In the Sun Format, Smeargle would typically use Spore to try and lure its opponents to sleep; however, with the rise in use of Pokémon that are immune to powder moves, such as the Grass-type Amoonguss and Pokémon holding the item Safety Goggles, Lovely Kiss' lower accuracy and guaranteed effectiveness is preferred. Other moves commonly taught to Smeargle at the Oceania International Championships included Fake Out, Follow Me, Wide Guard, and Crafty Shield.

Crafty Shield is especially worth mentioning because of its ability to block all status moves targeting down Smeargle's side of the field. Not only did this let Smeargle shield its partner from opposing Lovely Kiss attacks, but it also was used to stop moves like Spore, Taunt, or Psych Up from taking effect during battle.

Incineroar continued its prominence in the Video Game Championship Series. It was the most popular Pokémon at the Oceania International Championships, earning a spot on 100% of the Masters Top Cut teams and on 82% of the teams in the Day 1 field. Incineroar's Fire- and Dark-typing, alongside its natural bulk, lend nicely to a more defensive role on a given team. It also has the Intimidate Hidden Ability, which lowers the Attack stat of each opposing Pokémon on the field by one stage. It's most commonly taught the moves Fake Out and U-Turn, which allow it to switch out of battle with ease and flinch opponents the turn after it returns, making optimal use of its Hidden Ability.

Incineroar can also take advantage of being a Dark-type Pokémon to hit Pokémon like Lunala for super-effective damage. During the Latin American International Championships, it most commonly did so using Knock Off, a move that knocks off the target's held item and deals extra damage if it does. The Oceania International Championships were the first International Championships to feature Z-Crystals, which cannot be removed by Knock Off. Because of that, many Trainers taught their Incineroar Snarl instead of Knock Off, preferring to lower the Special Attack of both opposing Pokémon rather than trying to remove a single Pokémon's item. Either way, Incineroar has proven its worth in VGC 2019 and will continue to be a common sight on teams moving forward.

One of the best things about competing in the VGC 2019 format is that there are so many Pokémon that can have an impact on the outcome of battles, even with the presence of Pokémon like Incineroar and Xerneas on a majority of people's teams. For instance, Tsareena has been growing in popularity due to its Queenly Majesty Ability, which protects its team from moves with increased priority. Tsareena used Helping Hand to great effect multiple times on stream, enhancing a Pokémon like Groudon or Xerneas's already powerful attacks. Even more surprising Pokémon like Heliolisk, Alolan Raichu, Aerodactyl, and Jynx had their opportunity to shine during featured battles streamed during the first day of the event. 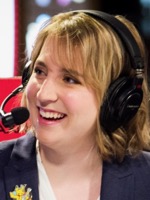 Gabby Snyder
Gabby Snyder is a contributing writer covering Play! Pokémon events for Pokemon.com. She competed in high level Play! Pokémon tournaments from 2009–2016, qualifying for the World Championships in 2015. She is now a part of the broadcasting team for Internationals and Worlds competitions, and regularly streams Play! Pokémon content online under the tag SimplyGabby. She can be found online at GabbySnyder.