The 2019 Europe International Championships came for the first time to Berlin, Germany, and it was this season's first major event in Europe to feature the new Ultra Series format. More than 500 players from around the globe, including top Trainers who earned Travel Awards for their performances at Championship Series events from earlier in the season, competed for the title of the Europe International Champion. Also at stake was more than $30,000 in cash prizes, and Championship Points to qualify for the 2019 World Championships later this summer in Washington D.C.

A little extra excitement was mounting amongst the European crowd leading up to the event because the European International title has been held by a player from that continent since the event's debut. With Miguel Marti de la Torre from Spain and Simone Sanvito from Italy winning previously, would Europe be able to defend its International once again?

Further adding to the intrigue among players was the arrival of the long-awaited Ultra Series format. Following the more limited Sun Series and Moon Series formats, the Ultra Series finally unleashes Primal Groudon, Primal Kyogre, Ultra Necrozma, and Mega Evolutions. Although Trainers have known about the Ultra Series rules all season, nobody could truly predict which Pokémon would emerge as dominant in the format, so all the attention was focused on Berlin.


Flashbacks of 2016 in Ultra Series 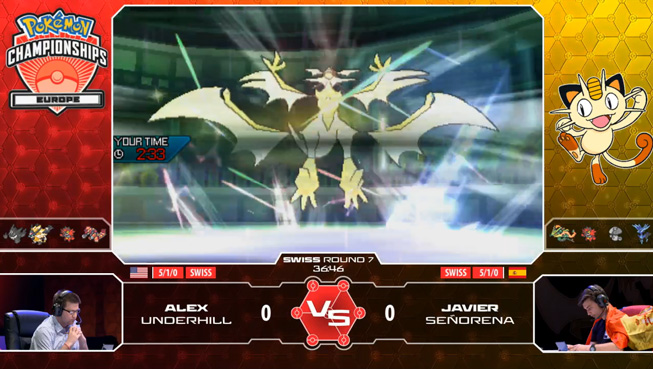 Many players delved into the archives of the 2016 format as they began building their teams for the Ultra Series. Both formats featured the strongest restricted Pokémon, so players used this past format to predict popular cores such as Xerneas/Groudon, Rayquaza/Kyogre, and Xerneas/Rayquaza. As expected, each of these pairings had strong showings, but Pokémon recently discovered in the Alola Region brought a fresh perspective to this year's format.

Pokémon such as Tapu Fini, Incineroar, and Stakataka were critical in helping their restricted Legendary teammates get into winning positions. As the tournament unfolded, it was clear that these supportive Pokémon could give their teams the edge necessary to come out on top. Tapu Fini, in particular, was an excellent asset thanks to a deep pool of potential moves—including Icy Wind, Light Screen, Haze, and Heal Pulse—that could throw a wrench in the plans of opposing players. However, these newer Pokémon didn't stop old favorites such as Amoonguss or Smeargle from providing great support with the use of Spore and redirection from Rage Powder. Even the much anticipated Ultra Necrozma forced players to reconsider their game plans in the event they came face-to-face with the Light That Burns the Sky Z-Move. Ultimately, the Legendary Pokémon got off to a slow start and made little impact in Berlin, but don't sleep on Ultra Necrozma in upcoming competitions—there is still plenty of time for this Pokémon to rise to the top.


Day 1: All Eyes on Xerneas

Trainers quickly identified that Xerneas was a strong choice for the Ultra Series; its signature Geomancy move allows it to sharply raise its Special Attack, Special Defense, and Speed. It shined brightly on the main stage, standing victorious in seven featured stream matches, and it was credited for being a key Pokémon in all the games in which it appeared. Xerneas also managed to reach the finals on both teams in the Masters and Junior divisions, proving itself to be one of the best restricted Pokémon.

It wasn't all about the Legendary Fairy-type though, as other Pokémon captured our attention in some of the featured matches. Luca Marcato, who finished in 5th place overall, used a Stakataka holding Shed Shell to improve his matchup and flexibility against Mega Gengar. Being able to switch Stakataka out of Mega Gengar's Shadow Tag enabled Luca to defuse his opponent's strategy and retain control of his board positioning. Mega Gengar was a very popular answer to all the Xerneas on the field, but it wasn't the only Mega-Evolved Pokémon to gain notoriety—an exciting Mega Kangaskhan mirror closed out the show on Friday.

With Xerneas being such a concern, many player opted to teach one of their Pokémon Roar so they could remove the boosted Xerneas from the field without having to knock it out. Most frequently taught to Groudon, Incineroar, and Kangaskhan, this move proved to be a strong strategy in countering the Xerneas threat.


Day 2: The Competition Heats Up 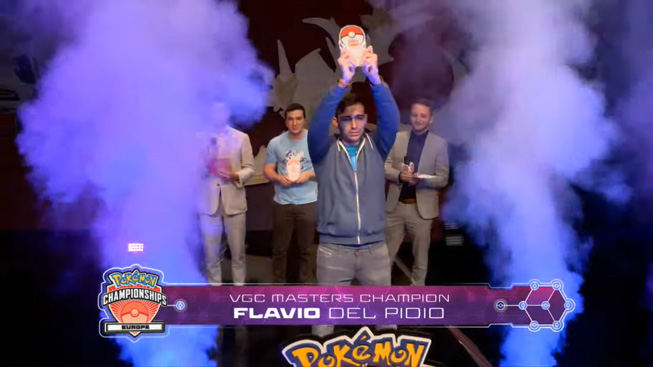 Saturday saw the competition narrowed down to only 38 players, who now had to battle in five more Swiss rounds to earn a spot in the final bracket. The stream kicked off with a German showdown between Christian Cheynubrata and Matthias Suchudolski. Tornadus's Tailwind has been strong throughout the 2019 season, and Christian was able to use this Speed boost to push advantages, especially when paired up with his stat-boosting Xerneas and Kommo-o. Former World Champion Wolfe Glick managed a stronger performance in Day 2 Swiss than his less remarkable showing on Day 1, using Togedemaru to win his last round against Eric Rios and finish as 6th seed going into top cut.

With only 8 players remaining in the competition, it was time for the knock out stages to begin. Melvin Keh applied a lot of pressure with the threat of a Shedinja and its Wonder Guard Ability, but his fourth International Championships top cut run ended in the semifinals. Unbeaten in Day 2 Swiss, both Davide Carrer and Flavio del Pidio managed to keep their streaks alive as they advanced to the grand finals on championship Sunday without dropping a single match on Saturday.


A long awaited victory for Teddy

The Junior Division champion was the first to be determined as championship Sunday kicked off with a thrilling Xerneas mirror match. Teddy French from the United Kingdom finally won his first major title after making top cut in both of this year's previous International Championships. Still trusting in the combination of Xerneas and Smeargle, Teddy managed to break through the top 8 ceiling at last. Facing the reigning Europe International Champion, Justin Miranda-Radbord, Teddy emerged victorious in an intense 3-game set. 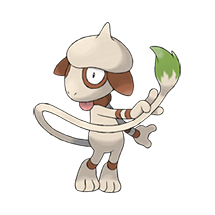 Teddy realized Justin wouldn't rely on Tapu Fini, so he comfortably brought Smeargle in game 3 and managed to prepare the field for a late game Xerneas sweep without the fear of Misty Terrain stopping Smeargle's Spore. Smeargle put a lot of Justin's Pokémon to sleep, allowing Stakataka to take out both Incineroar and Xerneas before Teddy's own Xerneas entered the field and clinched the victory.

Teddy is no stranger to the Worlds Championship stage after a top 8 finish in Nashville last year, so he should be considered a strong contender for the World Championship title this summer in Washington, D.C.

Both Luca and Alfredo were running teams built around Mega Gengar, Primal Kyogre, Yveltal, and Stakataka, which was a stark contrast to the teams chosen by the other divisions' finalists. A core very similar to the 2016 Masters Division Worlds-winning team, these iconic Pokémon ultimately secured Alfredo Chang Gonzales his fourth International championship title in his final year as a Senior Division player. 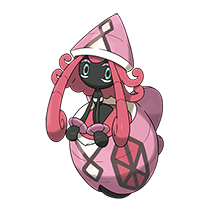 Sharing five out of six Pokémon across both teams made Speed control the most important aspect of this match; the side that could outpace the other would be able to apply all the pressure. Alfredo managed to put himself in a great spot straight out of the gate in Game 1 due to his excellent lead combination of Yveltal and Stakataka. This allowed him to immediately threaten both forms of Speed control in Tailwind and Trick Room, respectively.

With Kyogre as his third Pokémon, Alfredo claimed the first round in dominant fashion without needing to reveal his last Pokémon. He used this unknown information to his advantage in the following game, only showing Tapu Lele at the last moment to prevent a Sucker Punch on his Kyogre via the Psychic Terrain crested by Tapu Lele's Psychic Surge Ability. This element of surprise allowed Alfredo and his team to clinch the victory in style.

Last but certainly not least, the Masters Division finalists took their seats at the table. Following their top 8 performances at last year's Europe International Championship, Italian competitors Flavio del Pidio and Davide Carrer returned to the European stage to face off in this year's Finals. With a victory for Italy already assured, it came down to which Trainer would be able to better position their Xerneas to win the game and take home the biggest rewards. 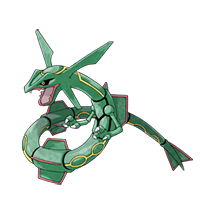 Flavio demonstrated a great strategy against Davide's predominantly Special Attacking team by utilizing Light Screen with his Tapu Fini. That same Pokémon's Icy Wind also helped slow down Davide's team, and its use of Haze neutralized the threat of Davide's Xerneas. On the other side of the field, Davide swiftly identified that Flavio's Nihilego and its Rockium Z would give him some trouble, so he removed it from the field as quickly as possible. That left his Xerneas safe to set up a Geomancy and close out game 1.

Flavio bounced right back in game 2, outmaneuvering his opponent by bringing in Rayquaza early to eliminate Davide's Primal Groudon from play. This was achieved by using Rayquaza's Air Lock Ability to negate Desolate Land as Primal Groudon entered battle. Doing so allowed Tapu Fini to attack Groudon with a super effective Scald that normally would have evaporated in the harsh sun. Davide then missed a crucial KO on Tapu Fini with his Salamence's Double-Edge, which forced the match into a game three!

With it all coming down to the deciding game in a nail-biting final set, both Italian players knew the key to success lay with their Xerneas. This time, Flavio successfully preserved his Nihilego, knowing the pressure it could put on Davide's team. When he brought it back onto the field in the latter half of the game, Davide was forced to focus his attacks on the Pokémon to prevent it from picking up important knockouts. This, however, left Flavio's Xerneas unchallenged to set up a Geomancy, bringing him right back into this final match after falling behind early.

Although Davide looked to be in the favorable position with two Pokémon facing down just Flavio's Xerneas, Flavio's was faster than Davide's, and it managed to pick up the knockout on Davide's Xerneas with a devastating critical hit. Once Davide's Xerneas returned to its Trainer, there was little his Groudon could do against Xerneas' enhanced Special Defense—it was trained to use Special attacks instead of Physical—and Flavio Del Pidio became our new European International champion. 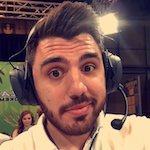 Barış Akcoş
Barış Akcoş is a contributing writer covering Play! Pokémon VGC events for Pokemon.com. Having played competitively for nine years, earning top placements at both International and World level events, Barış has recently turned his attention to being a Pokémon Professor and Judge. You can find him playing, judging, or casting at Play! Pokémon Events, as well as online as BillaVGC.